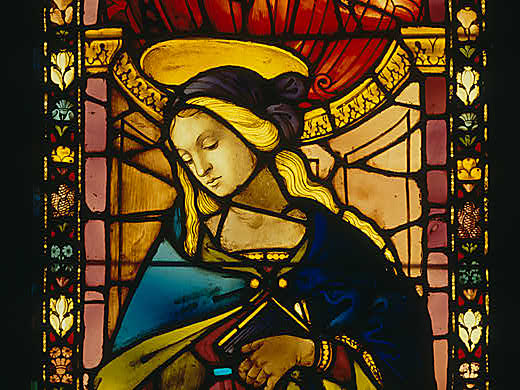 Every month or more in the year leading up to our wedding, Husband and I attended St Michael’s Church in Amberley, West Sussex. Building started there c. 1100 and continued through the centuries, so it’s filled with a curious assortment of old chattels: a 12th-century font here, 13th-century frescoes there. So enthusiastic was I about these, that I made our photographer promise to snap them all at the start of the day (these are the pics we tend not to look at, but at least I can share with you all today): 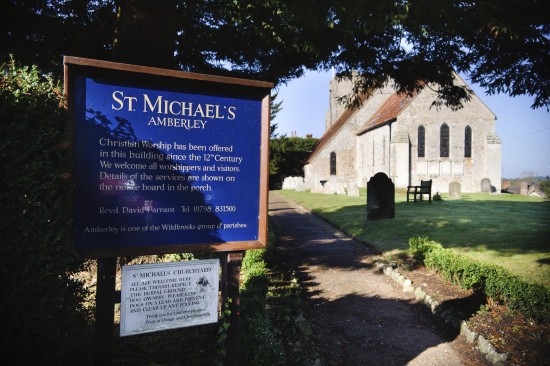 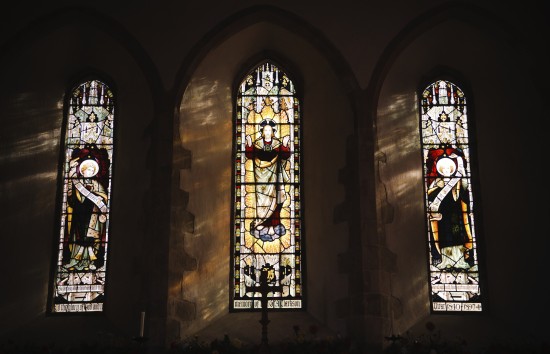 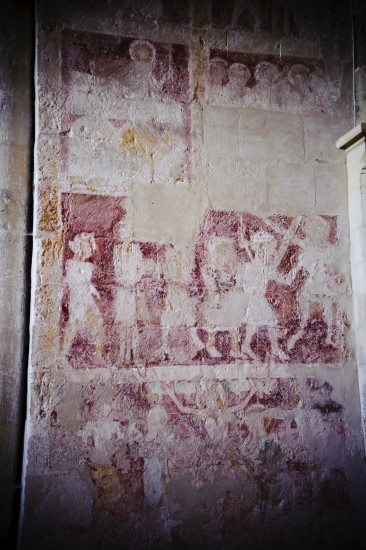 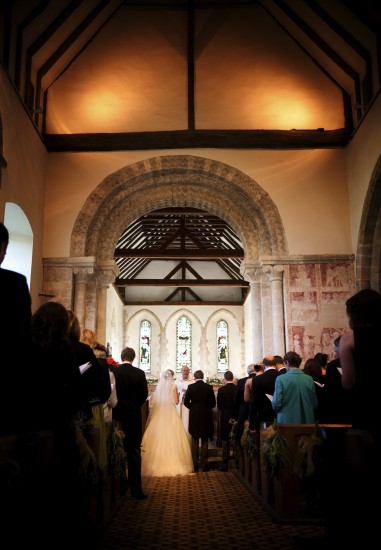 The sad thing is, the things we saw in St Michael’s and that still linger in Medieval and Renaissance places all over Europe, are at risk of slip-sliding into the unknown. London’s Victoria & Albert Museum recently ran a survey ahead of its re-opening of their extensive Medieval and Renaissance galleries, as a way to gauge levels of knowledge and interest in the period, its art and artifacts. 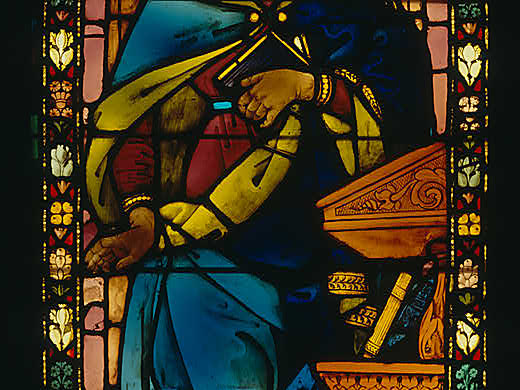 Here’s what they got: it rained a lot in the Middle Ages, blood-thirsty barons blocked peasants in dungeons, people ate too much red meat, drank mead and the poor gobbled a lot of potatoes (if they weren’t scrabbling in the dirt like chickens). Oh dear. Worse still, most of those asked turned their noses up at medieval art: “my child can draw better than this” was one particularly pointed assessment. The Renaissance faired marginally better, with the survey turning in a more optimistic measure of knowledge and interest in the era. 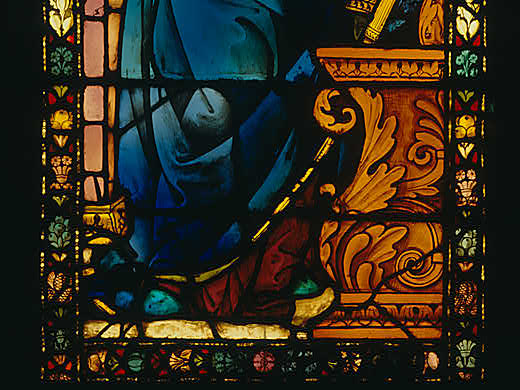 But real rock-bottom was reached when the V&A assessed how slip-shod general awareness of the theology and liturgy of Christianity has become: since around 80% of the collections in question are religious in one way or another, they were, well, shafted. It seems that as fast as a flash, millennia of a Christian culture have become hazy and lazy of late: everywhere in the West (except the US) has seen a slackening off of religious practice, and there’s less transmission of the stories and symbols in families and schools (in the 1940s Religious Studies was a compulsory subject in schools, but by the freer 60s and 70s they’d petered palpably). 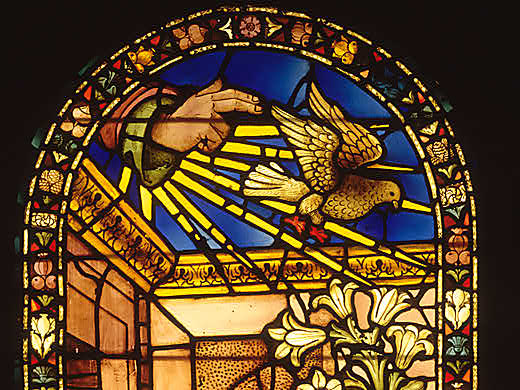 Societies are more markedly diverse these days (and thank goodness for that), but it’s brought with it a more median approach where religion’s concerned, with schooling on the subject seeking to stress similarities and common themes between faiths and creeds. All of which means that the facts, figures and features of any particular faith can fall easily into deeper oblivion. 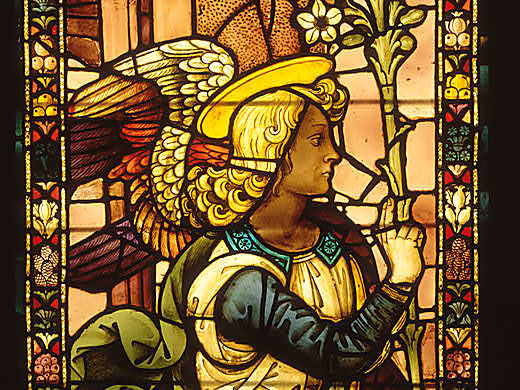 Wherever we stand as individuals on this, I’m thinking hardest about the art historian. How to handle all that old, religious art, which becomes less relevant, relatable and real the more its emblems and events are lost to time. In one way, old images can be returned to the role they started out with: instructing the illiterate (so to speak) on an event and its significance. 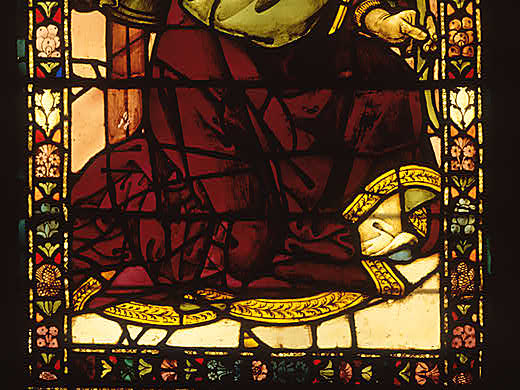 I’m running a kind of experiment today, with this pair of stained glass windows from the NGA, showing The Angel and Virgin of the Annunciation (1498/1503). They’re by Ser Giovanni di Domenico “de verti” (of glass windows), about whom we know little, other than he was a priest and glass craftsman. Wherever we stand on religion and its transmission, perhaps the basics of any faith are key for unlocking the real beauty and meaning of images like this? You decide.