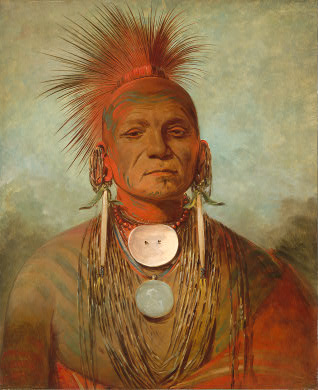 Husband and I spent a good deal of Sunday at the National Museum of the American Indian and boy, were we bowled over. Native Americans have often suffered in US museums, turning up in tacky dioramas near the dinosaurs. But this one’s different, since indigenous populations from all over the western hemisphere have had a say in the context in which their peoples are placed. 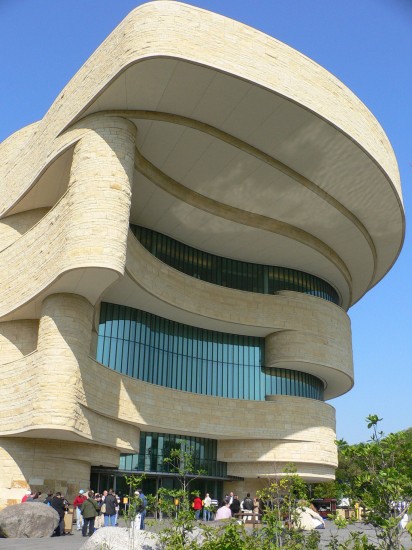 The key part of that collaboration for me is the building itself: designed by a Canadian architect (Douglas Cardinal), but with input from Native American leaders, it’s an incredible curvilinear structure carved from Kasota limestone. It has a cliff-like appearance, and is so other than other things sitting along the Mall, while still working in total harmony with its surroundings.

Husband and I came first to the canteen, which is rightly renowned for dishing up delicious, authentic foods. After the fried bread (which was fantastic), we were faced with fierce feelings as soon as we entered the exhibitions: the stories of genocide, betrayal and marginalization cannot but provoke anger and sadness. The histories galleries cast contact between two hemispheres in catastrophic terms: from 1492-1650, European contagions claimed as many as 9 lives out of 10, so that a world previously untouched and untampered in 10,000 years was summarily shattered.

In the contemporary galleries, the stress fell on the importance of strategies for staying native, of survivance (this is more than simple survival, it’s about keeping a culture alive). One young Kahnawake had it this way: “my ancestors fought hard to remain who they are, and because of my ancestors’ defence of their culture, I am here today. Now I have the responsibility to do the same.”

The single most mesmerising and meaningful thing for me was the realisation that for Native Americans, their situational experience, always in-touch with its surroundings, had for thousands of years sprung philosophies, food, behaviors and beliefs. Not to mention an unshakeable sense of proper identity: “no one can go into this world and be peaceful with themselves unless they know who they are.” 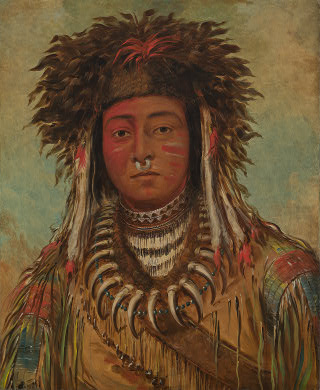 And to think all that was rent away. That’s what George Catlin was fighting against in his pictures at the NGA. Catlin (1796 – 1872) was an American painter, author and traveler who specialized in pictures of Native Americans and the Old West. Following a short stint as a lawyer, he turned to painting, ultimately producing two major collections of images of American Indians in North, Central and South America. He was the first artist to attempt anything like it.

So it is in Room 65 of the NGA, you’re plunged into an exotic world of hunters, dreamers, doctors, cooks, students and leaders, none of whom were just “Indians” and none of whom had ever heard of “America” before the 1400s. It’s here that Catlin has us come face to extraordinary face with the characters he sought to save. Like the Boy Chief (1843) from the Ojibbeway tribe above, or White Cloud, Head Chief of the Iowas (1844/45) below. 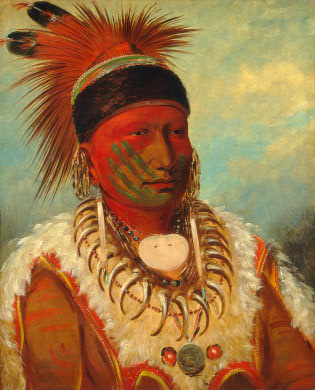 This is See-non-ty-a, an Iowa Medicine Man (1844/45) rendered with detail, delicacy and a sense of dignity. 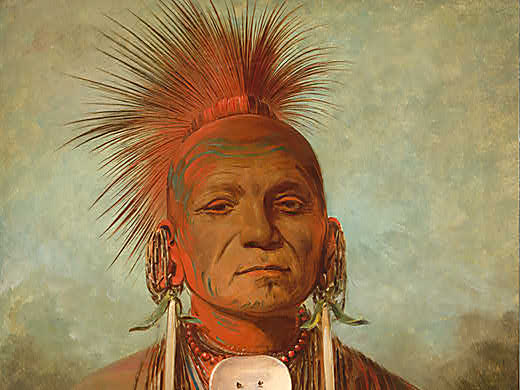 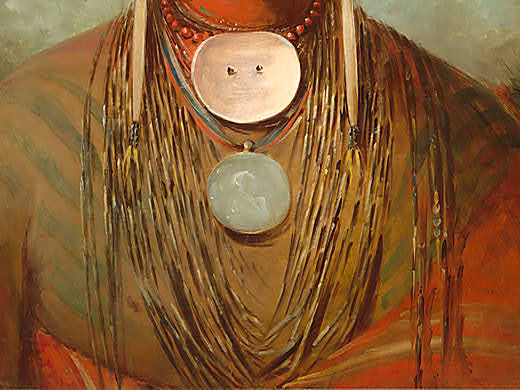 Catlin claimed his interest in America’s “vanishing race” was sparked by outrage at US government’s mistreatment of Native peoples: he saw the frontier as a place of corruption, delivering devastation to tribes. His Indian paintings were a way “to rescue from oblivion their primitive looks and customs.” And yet imagine if they’d needed no rescuing at all. 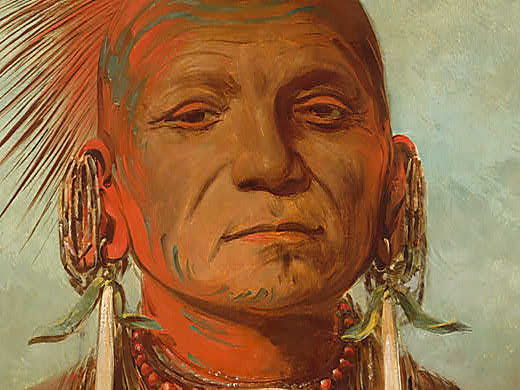 One thought on “Portraits of Preservation”