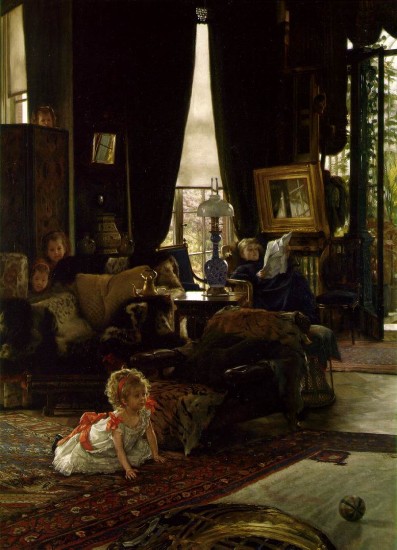 It’s Monday morning, which means it’s back to work for many men and women everywhere. But, for a new wave of feminist housewives (a generation of female graduates who are choosing full-time motherhood over high-flying careers), this morning could comprise cookie-baking, crayon coloring and duck-feeding at the park.

And they wouldn’t want it any other way, according to a recent article in the UK’s Daily Mail, because after decades during which the number of women at work has steadily increased, it appears that the tide is now turning back to a more traditional family model. In Britain in particular, growing numbers of young, well-educated women are grinding the have-it-all generation to a halt and choosing motherhood over careers. “There’s a kind of radicalism about stay-at-home mums that’s emerging,” says Justin Roberts, one of the founders of the UK’s influential parenting website Mumsnet. “Whereas some women used to hate saying they were full-time mothers, there’s a trend towards giving up work and being out and proud about it. It’s not a thing to be ashamed of anymore.” In the US too, mums have started calling themselves “house managers”, a title that might better indicate the import of the job. 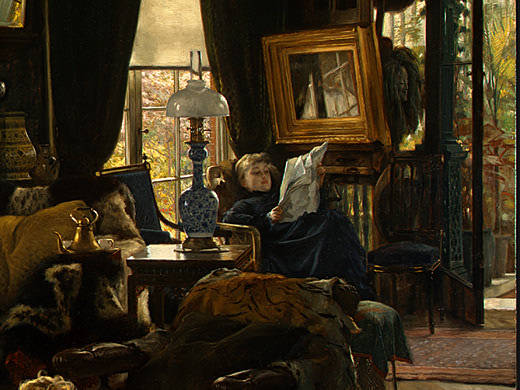 And feminists, before you prickle and perish the thought of so many years of hard graft gone to waste, hear this: Jill Kirby, director of a Westminster think tank called the Center for Policy Studies describes this new take on the work/life balance as “maternal feminism”, saying “feminism shouldn’t be defined purely in terms of the work place. A very important part of choice for women is the ability to devote time to children and motherhood, too.” 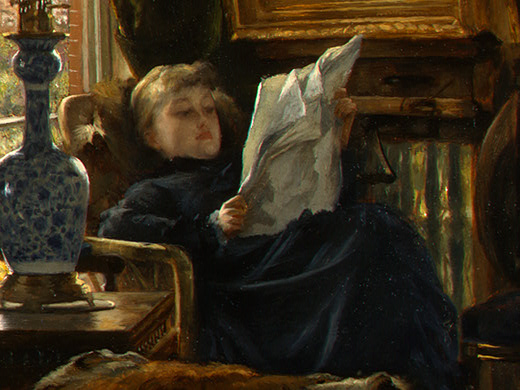 Let’s look at how this domestic scene might play out in a picture: Hide and Seek (c. 1877) is by the French painter James Jacques Joseph Tissot (1836 – 1902). Born in Nantes, he settled in England after the Franco-Prussian War of 1870-71. Friends with Degas since their student days in the 1850s, like Degas he worked in a realist vein, as a peintre de la vie moderne. Here we’re inside an English room, the artist’s studio. In the fore and middle grounds, four children play at hide and seek (one infant and three faces), while in the background lounges a lovely lady: it’s Kathleen Newton, with whom Tissot lived from 1876. 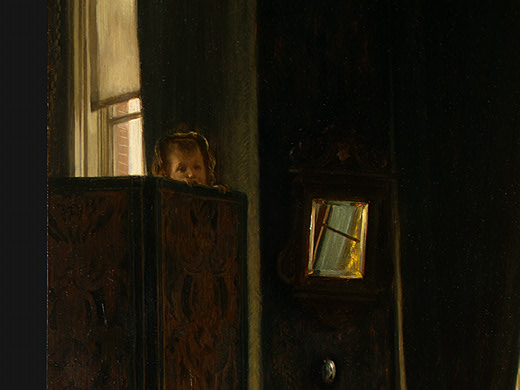 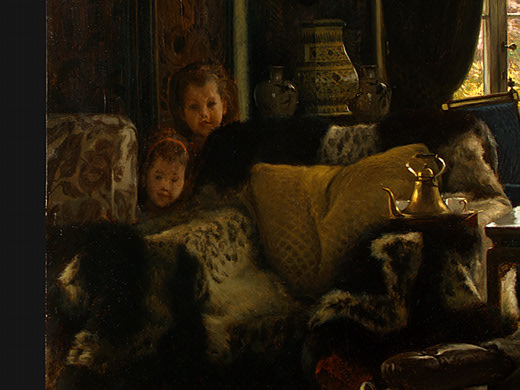 The way Kathleen’s clapped open her paper and wears a slightly sardonic air, while her nieces and daughter amuse themselves, infuses the scene with a kind of cool calm. Once this woman had entered his house and home, Tissot focussed almost only on intimate, everyday depictions of the cut and thrust of the secluded suburban household. So here we get the delicious clutter of a high-end Victorian interior, complete with collapsed cushions on the couches and chaises, animal pelts, angled frames, rimpled rugs and gleaming lamps and ceramics. We also get the delightful froufrou dress on the infant (topped off by a tumble of California curls) and an array of tiny, tense faces behind. 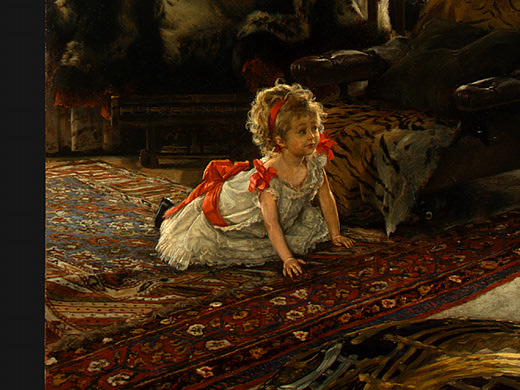 Seeping into this room though is a sense of sadness that links to the woman and the way we’d want her to be with the kids. Her separation from them has to do with her health: Kathleen died in 1882 and it’s as if Tissot is trembling with an awareness of her illness here. Just see how he undermines the tranquility with an ashen mask that hangs near Mrs. Newton at the entry to the conservatory. 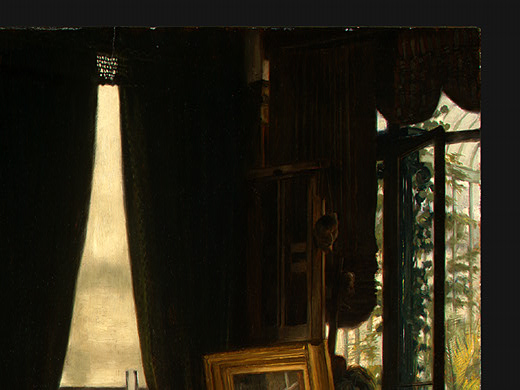 One thought on “Homing In”