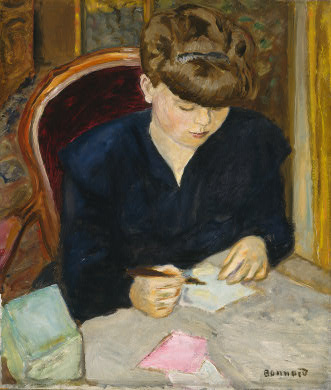 Shameful to admit, but there was definitely the odd occasion on our honeymoon (sat in the back of a safari truck, or on a beach seeing the sun set), when my mind trespassed momentarily into treacherous thank-you note territory. A mistake, I grant you, to start totting up the numbers of need-to-writes, as Husband looked on and lounged in ignorant bliss, but wedding guides are eerily emphatic about the right way in which to write to your guests after the event. In the end, it took two weeks, four pens, a stack of stamps and one throbbing index finger to get the lot labelled and shoveled into our mailbox in time.

The funny thing is, I rather enjoyed it, for reasons beyond the re-living of our day. I’ve since tracked the source of my springy mood: expressing gratitude is one of the surest routes to happiness. In his book The Energy Bus: 10 Rules to Fuel Your Life, Work and Team With Positive Energy, Jon Gordon says that “it’s tough to be stressed and feel grateful at the same time”, so it follows that thinking up all the things we’re grateful for (from a ripe banana to a trip to the Bahamas), and putting them on paper, is a fast-track way to way-hey. 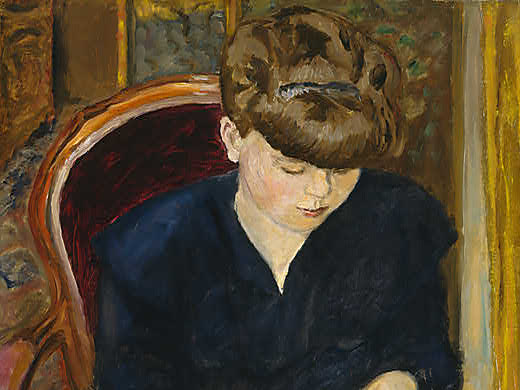 I’m imagining for today’s post purposes that the letter in our painting The Letter is of the thank-you note variety. This work dates from 1906 and is by the Frenchman Pierre Bonnard (1867 – 1947). Born into a wealthy family, Bonnard studied law before a poster he sold to a champagne house made up his mind to pursue painting. In 1890 he shared a studio, which became a meeting place for the Nabis, a group of artists inspired by the colorful, primitive paintings of Paul Gauguin. When the group parted ways in 1899, he struck out on his own. 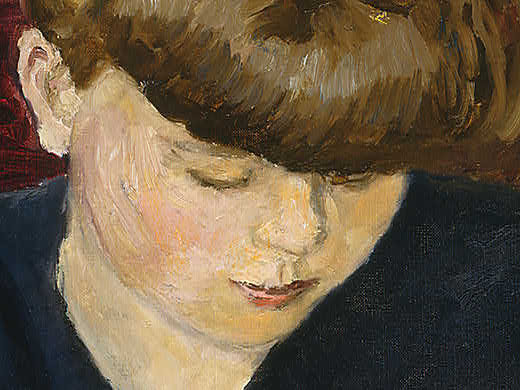 Bonnard liked domestic interiors, of women bathing, dressing, sleeping (lots featured his wife Marthe, whom he met in 1893 and married in 1925). These tender, private scenes became known as Intimisme (the most intimate thing here is the angled view: as if we’re standing close, looking on). What’s also apparent is Bonnard’s penchant for Japanese prints: the flat, decorative feel of this composition owes much to works he saw in Paris. There’s a strong sense of modeling in the forms, and a heavy use of impasto (lumpen oil). Most engaging is his use of color: after 1900 Bonnard’s palette took a turn for the richer, and he tended to work with around eight vivid colors. Here he’s placed maroon against indigo, brown against peach, mustard opposite turquoise, and the lone rose pink letter (or is it an envelope?) pops off the page pleasingly. It’s an odd blend perhaps, but one that beats and is balanced: Bonnard’s color play proved most influential on later painters. 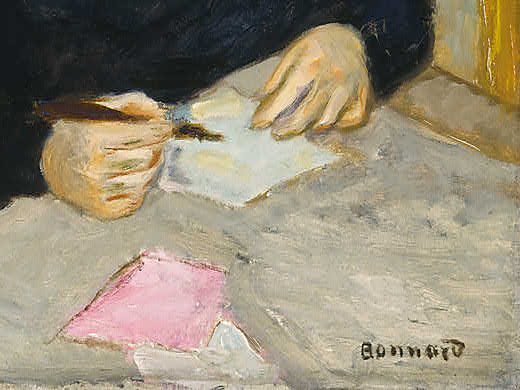 The benefits of giving thanks are fulsome and far-reaching: gratitude helps us feel in control (by taking credit for the good things in our lives); it improves our health (easing our state of mind); it helps us cope better with trauma (by focussing on what’s good in life, in the present) and it bolsters self worth and esteem. All that from a simple thank you! Which is why I’m such a fan of Naked Thanks, a juicy, jaunty and often irreverent year-long blog project in which “Two American girls from the ‘me’ generation, write 365 bare-boned tell-all thank-you’s in an attempt to become more appreciative human beings.” You’ll be shocked (in a good way) and can thank me later. 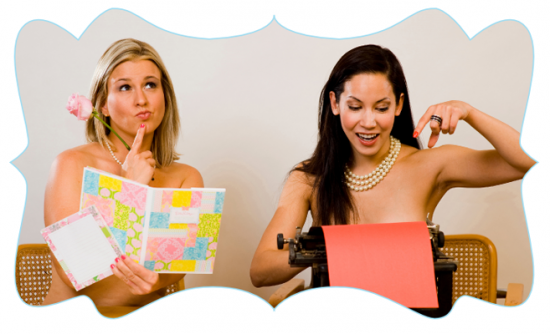 2 thoughts on “Thanks Giving”