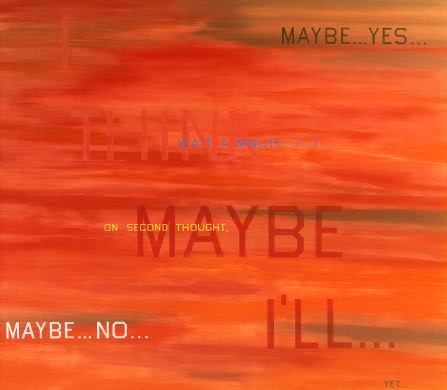 Imagine that pullover you gave to Pops for his birthday or the cookbook you selected for your sister at Christmas getting as much airtime and attention as the Cameron-Obama gift exchange that happened in July. For the UK Prime Minister’s first official visit to the White House, much was made of the gift-giving that went on between the two. Cameron clocked up credibility and kudos for his choice of an edgy, electric painting by the British graffiti artist Ben Eine. As his color-popping Twenty First Century City crossed the Atlantic, Eine (a collaborator of Banksy’s and one of the premier artists of the street genre in England) had this to say: “It’s not the kind of recognition I seek or get every day, but Cameron seems quite a positive kind of guy and Obama’s a dude. I would probably have had issues if it had been for Bush.” 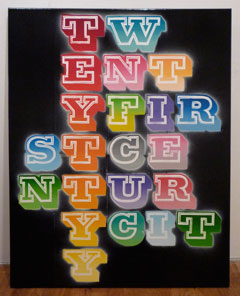 As for Obama, he pasted over previous poor form (an iPod for the Queen? incompatible DVDs for former Prime Minister Gordon Brown?) with a signed Ed Ruscha lithograph called Column With Speed Lines. Reportedly chosen because it’s red white and blue, the colors on both countries’ flags, the work is said to be worth an estimated $7,000. 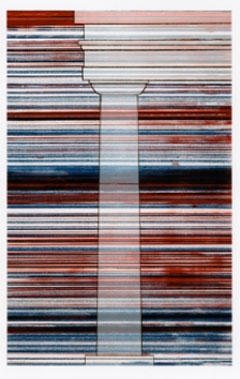 Who might have dreamed up the inspired idea of regaling a Ruscha (b. 1937), d’you think? Some fingers point to Michael Smith, who hung one of the artist’s works (on loan from the National Gallery of Art) in the Obamas’ living quarters last year, when he was chosen as the decorator to appoint their White House. Smith is from southern California, so perhaps has an affinity with the artist: Ruscha is Nebraska-born, but considered a quintessential LA artist, having carved his career in the state.

I Think I’ll is the 1983 NGA piece that hangs in the first family’s living quarters. It’s a striking, streaky, blood-orange thing that possesses an unusual property: the longer you look at it, the more words and phrases slip up off it’s surface. There’s “I think maybe I’ll…” in large block letters scaling from top left to bottom right. Other fragments in smaller print (“Maybe… yes…”, “Maybe… no…”, “On second thought”) are scattered here and there. A tiny “Yet” almost drops off the bottom edge.

In his early days Ruscha, who’s classed as one of the most influential artists of the 20th century Pop art movement, painted single words that packed punches: slam, smash, honk, that sort of thing. In the 1980s though, he softened his approach, to float equivocal phrases across painted grounds, conjuring up combinations and calling on endless interpretations.

It’s hard to imagine George W. Bush (who called himself “the decider” during his presidency) opting for a piece like this, filled as it is with phrases about uncertainty and indecision, which we don’t naturally associate with executive power. But Ruscha, who’s represented by the powerful Gagosian Gallery and who’s an established supporter of the current administration, sees political potential in the painting: “I hope my painting has the reverse effect on White House decision… I am 1,000 percent behind this administration.” So it is that, in it’s current setting, I Think I’ll is loading more meaning into its already impressive arsenal of ambiguity. And so it is that, by being hung in esteemed surroundings, the Ruscha lithograph and the Eine painting might also become measurable national treasures. Regifting is never an option.