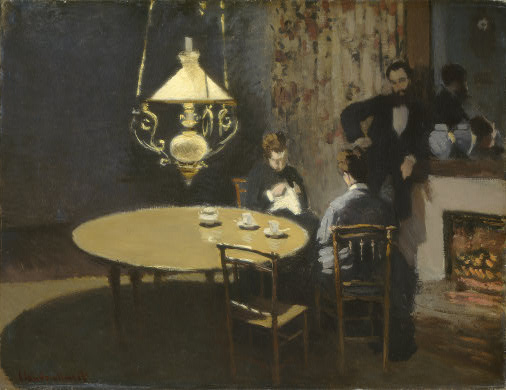 One of best nights I’ve spent in Paris was at an underground supper club one winter’s night. We were taken by dear friends to a top secret location (address and details texted during the day of the dinner): we entered through a nondescript door and climbed some stairs. We came into a gorgeous Parisian interior, softly lit and elegantly decorated, filled with a few other diners and delicious smells. Introductions done, seats were taken and then started a flow of phenomenal dishes, I think 12 courses in all, all seamlessly set one after the other on the crisp linen before us. Wines went with every morsel we mouthed and at the end of the evening we were invited to donate as much as we felt was right (an amount was suggested but not enforced).

It remains one of my most magical dining experiences, one I long to re-live as soon as we’re back. But the fact is, with this sort of set-up becoming increasingly popular and pervasive, I mightn’t have to go so far afield. Secret supper clubs are popping up all over Europe and Latin America: apparently the concept has its roots in Cuba, where people would open their homes during the 1990s to earn a little extra income while avoiding government scrutiny. 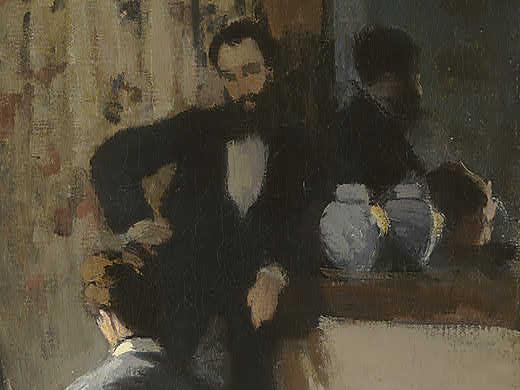 In London, the trend has had a handful of underground outfits a year or so ago grow to close to 100 these days. Among the newbies is the Old Hat Club. I think this sort of eating appeals on a number of levels: the food will be good (and often adventurous: we ate some crazy good combinations in Paris); there’s the chance to mingle with strangers (but equally no pressure to do so if you don’t want); and above all underground dining delights in the frisson of its sheer secrecy. 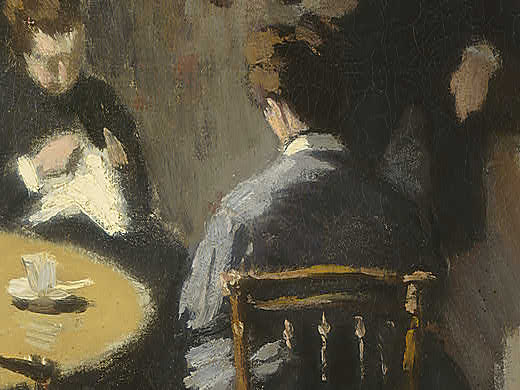 Call me crazy but that hush-hush atmosphere is well-represented in this painting by Claude Monet: it’s called Interior, after Dinner and dates from 1868/1869. For most, Monet (1840 – 1926) needs little introduction: we know and love him as the leading member of the Impressionist group, the one who longest practised their principles of absolute fidelity to the visual sensation and painting directly from the object, often outdoors. 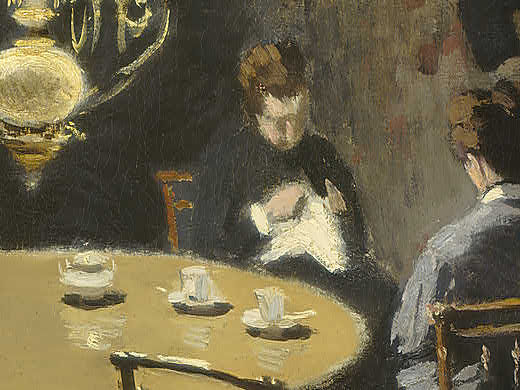 Here’s something fun I found while reading for today: Cézanne is said to have said of Monet that he was “only an eye, but my God what an eye!” The description fits this picture well, since it shows how Claude would neglect detail in pursuit of optical verisimilitude. Even though this is an early-ish work (before his Impressionism proper took flight), here he’s still after an atmosphere as opposed to fussing over form.

A man stands at the fire, leaning loosely on the mantel and seemingly looking in our direction. Two women sit facing one another: one’s engaged in some needlework, the other has her back to us. There’s an air of instant intimacy in the grouping, gathered off to the side of the snapshot. Two cups and a pot sit on the table and a gorgeous lamp glows brightly above it. Just before painting this, Monet had met Manet, whose work he had earlier admired. There is certainly the feel of thorough Manet modernity here, the fresh sense of actual life as it was lived in that day. Best is the shrouded sense we get: the demi-darkness that only let’s us in so far. A secret supper, if ever I saw one. 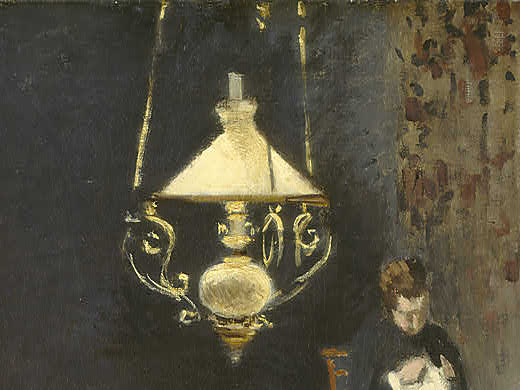