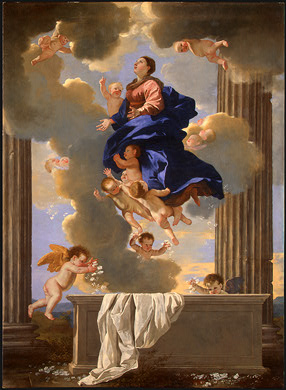 I’m serving up an assumption today, but not of the kind you might expect. It’s an important Sunday for Christians of the Catholic church, as well as those of the Eastern Orthodox church, the Oriental Orthodox church and the Anglican Communion. That’s a lot of people, people, and more or less of them might know that today is the feast of the Assumption of the Virgin Mary.

The Assumption (which I only learned about as I hammered home facts for my art history finals) is the bodily taking up of the Virgin into Heaven at the end of her life. Catholicism teaches as dogma that Mary, “having completed the course of her earthly life, was assumed body and soul into heavenly glory.” This doctrine was defined by Pope Pius XII in 1950 and stands as a cornerstone of Catholic faith: in churches that observe it, the Assumption is a major festival. 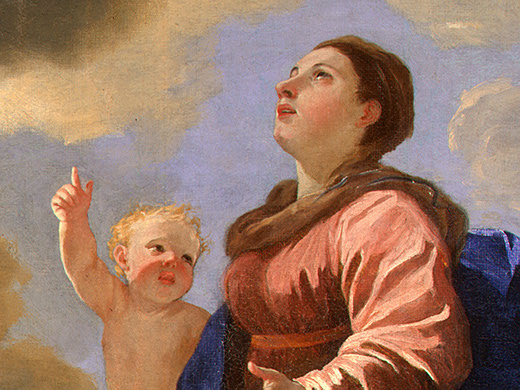 Now, we’ve no dogmas or doctrines at Art 2010, except maybe the daily delight at a pretty painting. But I did think we might as well get into the spirit of things with this sprightly work by someone new to the Head for Art group: may I present Nicolas Poussin. 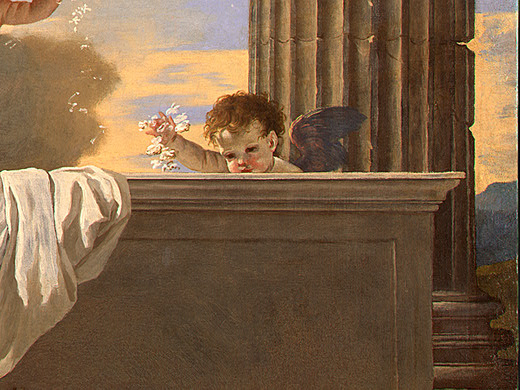 This man is a master if ever I saw one. Although he spent almost all of his mature career in Rome, Poussin (1594 – 1665) is thought of as the most important French painter of the 17th century, exerting hefty influence on his contemporaries and subsequent generations of French artists. 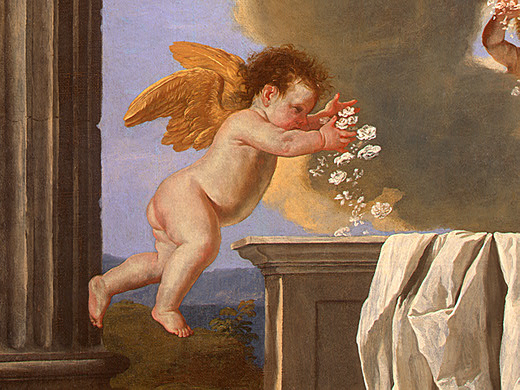 To be honest, things didn’t go so smooth at the start: after settling in Rome aged nearly 30, it took him a time to find direction. But, it wasn’t long before he did, as this Assumption of the Virgin (painted two years after his arrival in Rome c. 1630) shows. 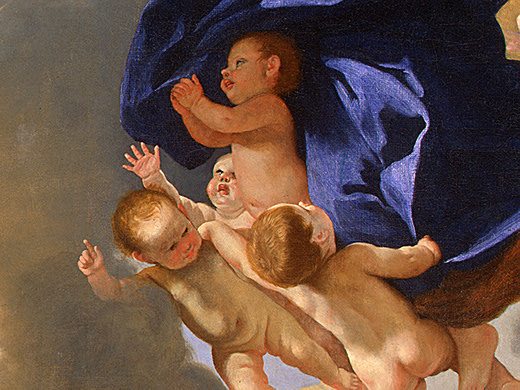 So here we have the actual event: the Virgin has lifted from her earthly tomb and is seen soaring twixt a pair of pillars heavenwards. It’s bodily alright: she’s clad in her conventional red and blue and is being boosted along by a horde of fat and frankly fabulous cherubs. Hard to fathom that this is among his first-known paintings, so confident in composition and color does it seem. The design is pinned by the fluted columns (I like that things aren’t quite symmetrical) and anchored by the block of the tomb. The darker clouds that cluster near the top square off the scene, while the meandering puff that cuts a diagonal across the canvas adds the necessary line of dynamism. 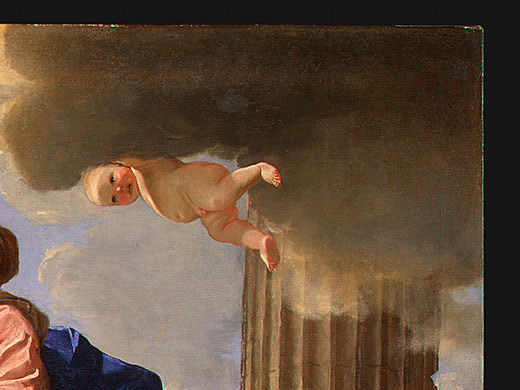 And isn’t his color-play just delightful? The tonal contrasts on the blue mantel are stunning at the heart of the scene. Elsewhere, a heady yet delicate palette of pinks, peaches, whites, grays and mauves provide a vibrant supporting role. 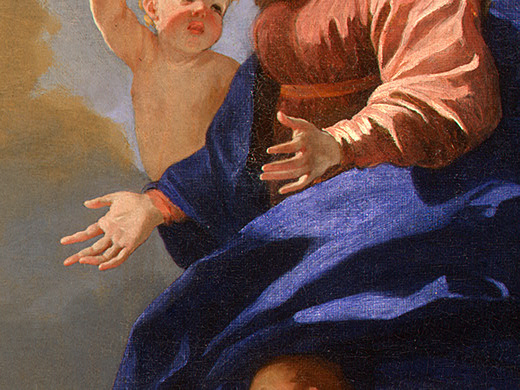 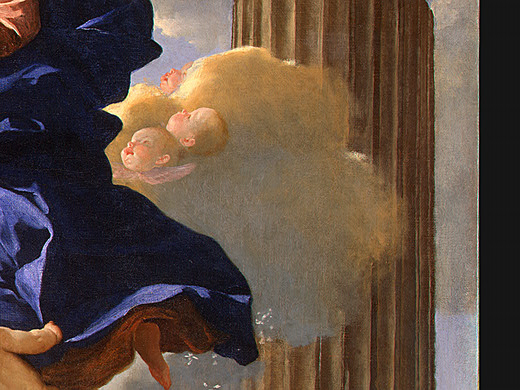 Later in life, Poussin became deeply drawn to art of the classical world and got in the habit of pondering his pictures ad infinitum (so much so that people called him the painter-philosopher). But at this point Poussin is still all about joyful exuberance, as captured in the billowing clouds, swirling draperies, and cheeky cherubs. This rapid movement, shifted off-center composition, and rich colors all must come from his interest in Venetian painting. Above all, he’d been struck by Titian in Venice (who also happened to have painted an Assumption scene). See any similarities? 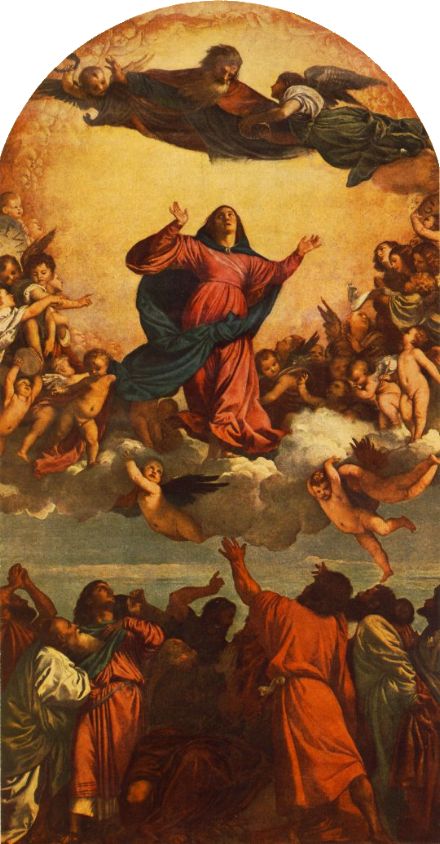 4 thoughts on “Set to Soar”