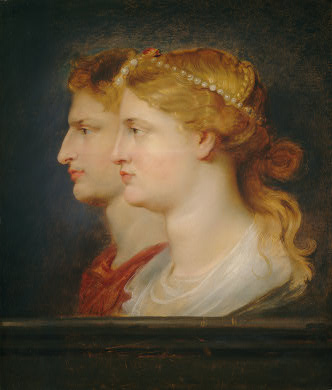 Michelle Obama’s recent summer break in Spain with her daughter Sasha made one thing clear: the First Lady was under fire from the start. Things got off on the wrong foot as the administration rushed to tamp a diplomatic blunder (their website contained a warning that “racist prejudices could lead to the arrest of Afro-Americans who travel to Spain”). Then she was lambasted for her stay at the Costa del Sol with friends: people started to quibble about the official portions of the trip, to be paid for by the US taxpayer. The final insult seems to have been the fact that Michelle had a beach closed off so that she and her party could go for a swim after a day of sightseeing.

Sharp-tongued New York columnist and blogger Andrea Tantaros likened the President’s wife to French queen Marie Antoinette, writing: “To be clear, what the Obamas do with their money is one thing; what they do with ours is another. Transporting and housing the estimated 70 Secret Service agents who will flank the material girl will cost the taxpayers a pretty penny.”

The furore this trip to Spain caused is all such utter nonsense. First up, a presidential party must travel and be protected accordingly, no matter where they are. People seem to feel it’s appropriate to unpick every inch of a public person. Yes, Michelle scoops food for the homeless and plants things in her garden. Yes, she’s down-to-earth (in spades) and shops on the high-street. But at the end of the day she is a First Lady, living an exceptional life. I get that these are stringent times, but even so people might have to accept and get over the fact that the position the First Family is in comes with certain perks, plain and simple (as well as very real downsides, I’m sure). 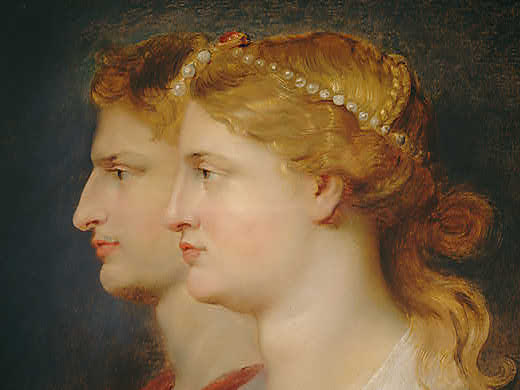 The fact that we look up to people in the public eye (be they politicians, royals, heads of state, even celebrities) as moral, intellectual, social and sartorial exemplars is made manifest in this extraordinary painting by Sir Peter Paul Rubens (1577 – 1640). We’ve already introduced him on Art 2010 as the greatest and most influential Baroque artist in northern Europe. He was called “prince of painters and painter of princes in his lifetime”, an epithet that sits exceptionally well with today’s work.

Agrippina and Germanicus (c. 1614) shows a husband and wife: Germanicus, the adopted son of the emperor Tiberius, was a brilliant general while Agrippina, granddaughter of Augustus (Rome’s first emperor), was renowned for devotion and bravery. Roman text positively glows with praise for these two (who were alive in the early years of AD). Tacitus talked about her as “the glory of her country”, while Suetonius said he “possessed all the highest qualities of body and mind.” 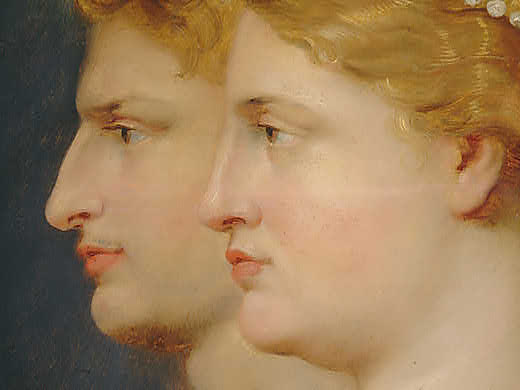 What’s interesting then is that Rubens wants to reflect those shining moral qualities in his portrait: how does he do this? by making both physically beautiful. She is handsome, with pearly plush skin and shiny blonde hair. He is more olive-toned, with an aquiline nose, strong mouth and elegant brow. This is such an unusual format, a double-bust, and one that taps the attentive eye instantly in the gallery. Ancient cameos are behind the composition, of which Rubens had numerous examples in his personal collection of antiquities. The portrait amounts to a projection of good inner and outer qualities and suggests too (in the ledge that separates us from them) the natural and necessary otherness of a leader’s experience. 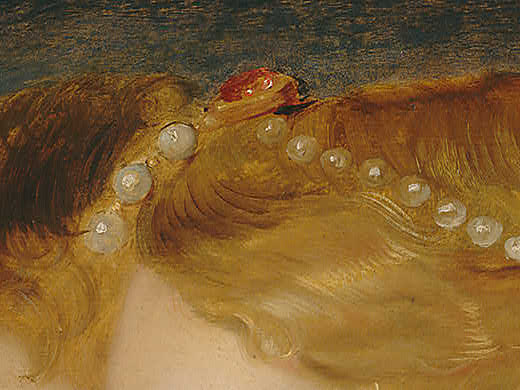 3 thoughts on “The Price of a Pedestal”