Question for you: how many maps do you think you’ll see today? Is there a globe at home, or a world map on the wall at work? There might have been a metro map this morning, to check which line you needed to link to. If you’re new to an area (whether living or visiting), I bet there’s a place-map nestled inside your handbag or rucksack right now. Perhaps you made a mind map for a school project or company debrief, or looked at the layout of your local mall. Ever tapped into Google maps to decide on an area for happy hour?

Maps make up much of our day-to-day experience and they have, clearly, changed the world. In 1885 for instance businessman Charles Booth was skeptical about a claim that a quarter of Londoners lived in extreme poverty, so he employed people to investigate: they found the true figure was 30%. The findings were entered into a ‘Master Map’ using color categories, from black (lowest class, semi-criminal) to gold (wealthy). The authorities were terrified into action, and the first council houses were built soon afterwards. 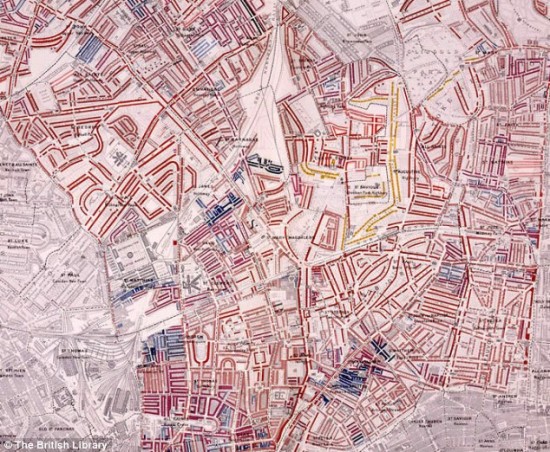 Also in London, the tube map was dismissed as ‘too revolutionary’ when it was first submitted in 1931. The final version, completed a couple of years later by Harry Beck, solved the problem of how to represent clearly and elegantly a dense, complex of interweaving train lines. Placing the stations at similar intervals regardless of their true locations amplifies the area of central London, increasing its clarity, while the straight lines and interchange symbols confer simplicity and order. 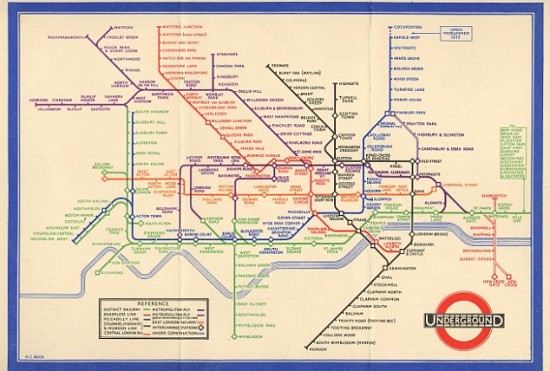 For all of us, Google Earth (c. 2005) presents a world in which the area of most concern to you can be at the centre, and which – with map content overlaid – can contain whatever you think is important. Almost for the first time, the ability to create an accurate map has been placed in the hands of everyone, and it has transformed the way we view the world. 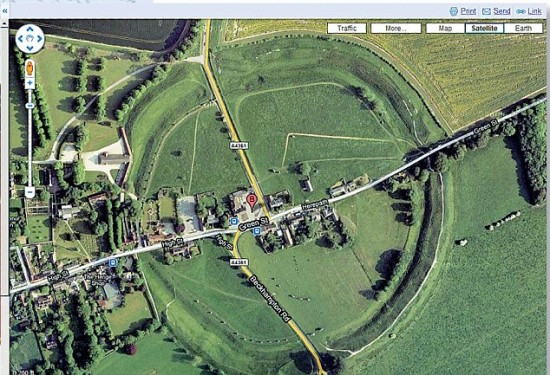 All this is going to guide us to a wonderful work at the NGA, that hangs impressively (it’s 1.2 meters high and 3.6 across) in the East Building concourse lobby. It’s Reconciliation Elegy (1978) by the American artist Robert Motherwell (1915 – 1991) who was one of the youngest Abstract Expressionists. While others were stuck in a realist style in the 30s, Robert studied philosophy at Harvard. He started painting full time in 1941 after moving to Greenwich Village, and by 1944 he’d made it into Peggy Guggenheim’s Art of This Century gallery. 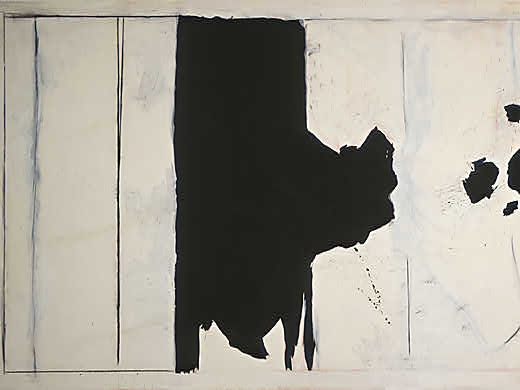 To me, this brings to mind a projection world map: the areas of black paint collect to approximate the shapes of the land masses we are familiar with, and the demarcating verticals add to the effect. But obviously, this is not literal map. On the contrary, it will have been executed with Motherwell’s rapid brush stroke and with his customary integration of accidental effects. I’m sure I spot slim trails of spattered drops, as well as areas of drag and bits that have been smudged and fudged over. 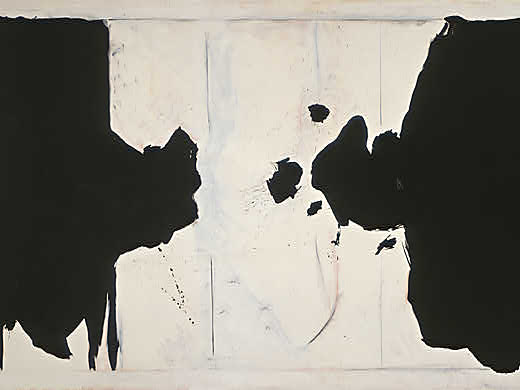 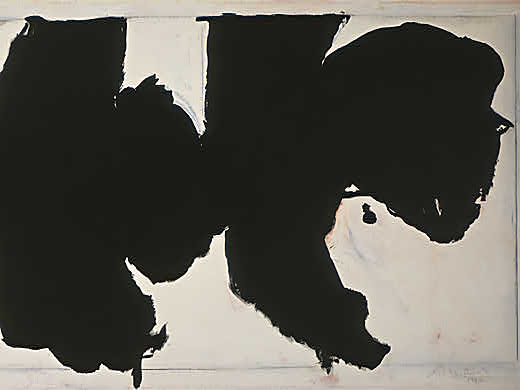 It’s a breathtaking work that has about it a sense of awe and wonder and utter magnitude. No doubt drawing on his philosophical learning, Motherwell once said that “Without ethical consciousness, a painter is only a decorator.” Perhaps our read of this painting has been wrong: from our first impression of not being able to find anything accurately on this ‘map’, would we now say that Reconciliation Elegy offers up exactly the right kind of world view? 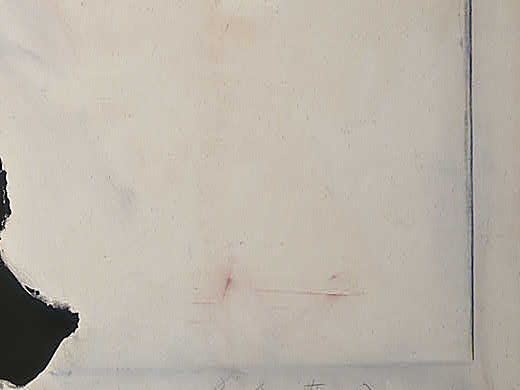