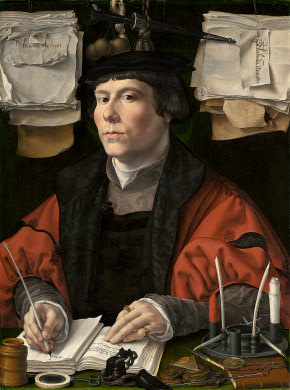 Shopping – it’s what the weekends are all about, right? No doubt there’ll be a need-to-see-to supermarket sweep, for the week’s essentials and the inevitable onset of that I don’t want to be here on a Saturday or Sunday slump. But, on the brighter side, there might be some proper shopping, where things are bought for pleasure and the blood-pumping feeling of “I just have to have these $300 shoes”. Shopping is a national pass-time in the last two places I have lived: London’s Oxford Street is never bereft of walls of marching shoppers all stepping in time to the beat of the buy. And in DC, my first proper pop at American life, there are malls galore and high streets to astound. 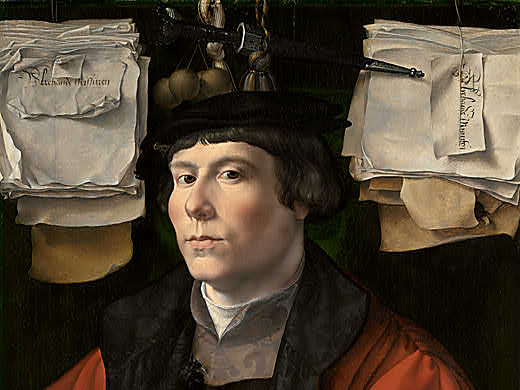 So today’s post is taking a long hard look at the man who makes us so putty-like in his hands, pliable and able to part with our cash for the fabulous things he has on offer. This Portrait of a Merchant is one the NGA is understandably proud of (it appears on their highlight Director’s Tour). It dates to c. 1530 and is by the Netherlandish painter Jan Gossaert (c. 1478 – 1532), whose alternative name “Mabuse” derives from his probable birth place. He’s first documented in the Antwerp Guild in 1503 following 15th century Netherlandish styles, but after a trip to Rome in 1508/09 his works started to display distinct Italianate elements and infusions. 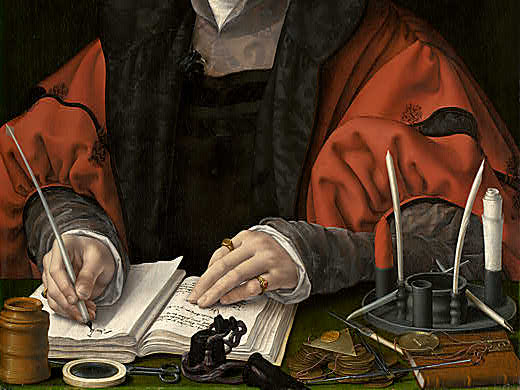 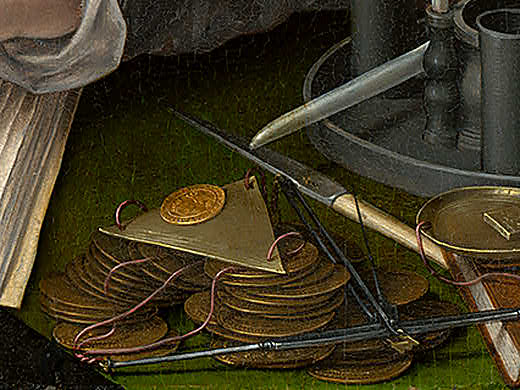 Here we have a merchant seated in a cubby hole, wreathed around by the tools of his trade. On the table there’s a talc shaker (for drying ink), an ink pot, scales for testing the weight (and hence the quality) of coins, quill pens, and paper. Pinned to the wall are balls of twine and batches of papers labeled “miscellaneous letters” and “miscellaneous drafts.” 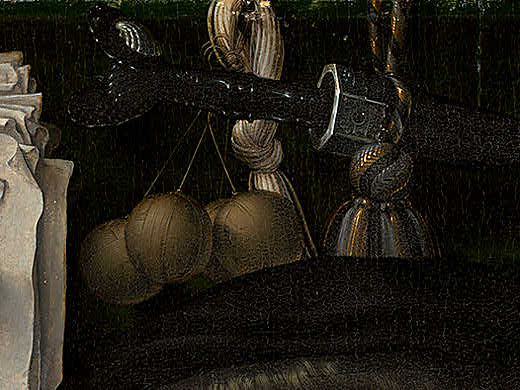 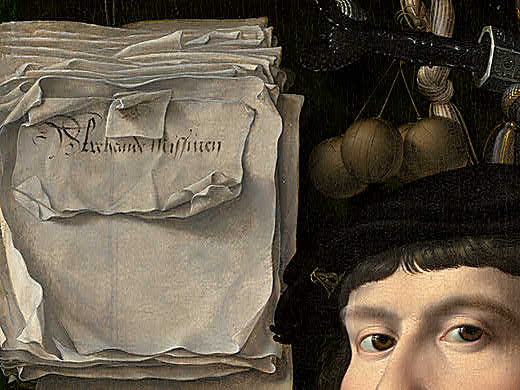 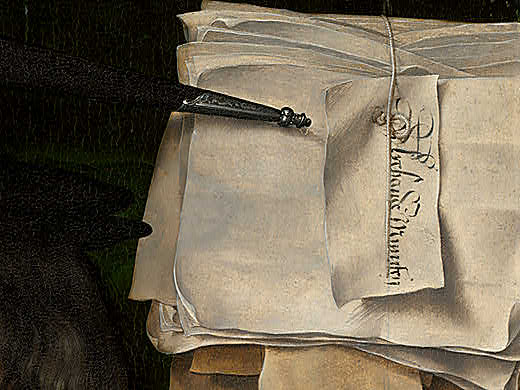 The painting proposes Gossaert’s artistic marriage between the styles of Northern and Southern (that is, Italian) Europe: I’d say it’s one of his best attempts. On the one hand we get to window-shop all this scintillating Netherlandish detail: I’m just so happen to be someone who’s takes pleasure in minutiae and I could stand for hours before this thing unpicking the bits and pieces arrayed across his desk, the furled things hanging up above, the shape and textures so expertly rendered. And then on the other we’ve got a clear inclination towards the massiveness and monumentality of Italian High Renaissance art: it’s there in the pyramidal bulk of the sitter, in his meaty head seen signaling from the background and it’s there even in the making-a-meal-of all the knick knacks on display. It’s as if the artist is placing both these aspects before us, asking us to come in and delight in his daringly different product. 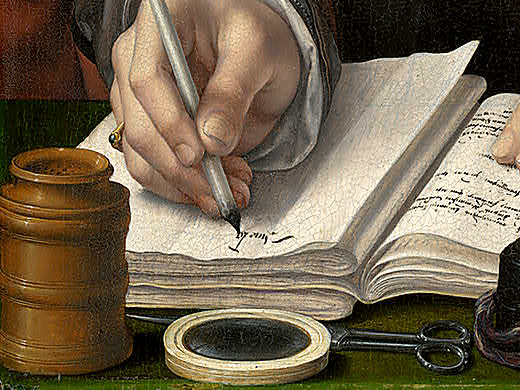 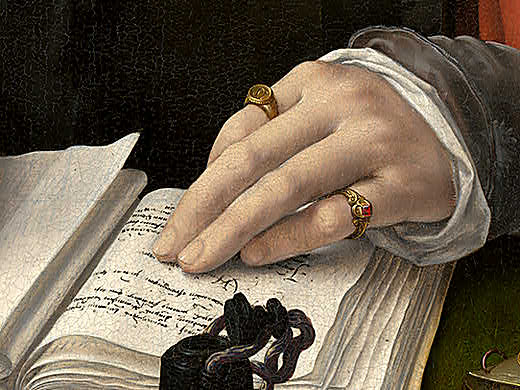 Gossaert is as focused on filling every inch of his canvas as any artist I’ve found, so much so that one might suspect some horror vacui. But then again, it might have to do with our sitter, whose shady glance in our direction and prim mouth inform us of the insecurity and apprehension that haunted merchants and bankers in the 1530s. So greed-filled was the climate of the times that the Dutch humanist Erasmus saw fit to sum up the moral attitude thus: “When did avarice reign more largely and less punished?” It’s enough to make me rethink at least a purchase or two.