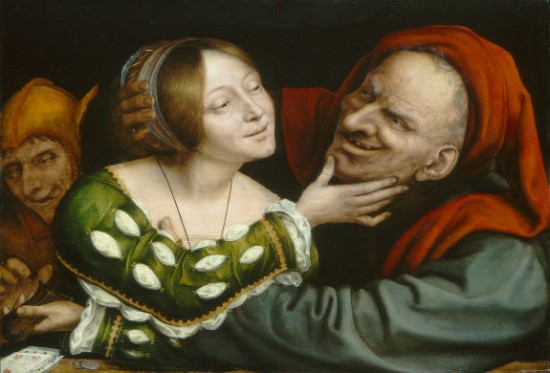 Far be it from me to comment on the machinations of love in all its manifestations, but I’m going to venture that we notice, don’t we, when there’s an ill-matched pair. By ill-matched, I might mean decided decades separating the one from the other, or definite discrepancies in levels of beauty. Even pertinent polarisation in intellect or interests. As an example: this summer there’s been much feasting (in photographs) on the (wrinkled) flesh of billionaire Italian tycoon Flavio Briatore (60) and his perter, perkier model wife Elisabetta Gregoraci (30). Across the pond, age is but a concept for contemporary artist Sam Taylor-Wood, who just gave birth to a baby girl by her toy-boy fiancé, actor Aaron Johnson. She’s 43, he’s 20.

And what are we to make of the luminous Cate Blanchett alongside her more ‘homely-looking’ husband? Or the model-turned-author Sophie Dahl, who towers (even when not teetering in heels) over her pint-sized other half Jamie Cullum? Well would you know it, pairing unequal couples has interested menfolk for millennia: the notion has a literary history dating back to Plautus (a 3rd-century BC Roman comic poet), who cautioned old men against courting young women. Fast forward a few hundred years to the late 15th/ early 16th centuries, and the coupling of old men with young women (or vice versa) had become a top theme in northern European art and literature. 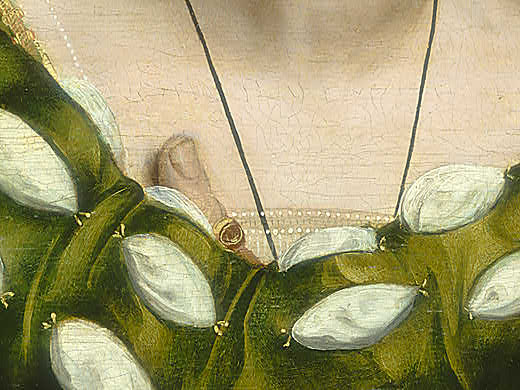 Which brings us into the bosom of this itch-inducing painting called Ill-Matched Lovers (c. 1520/ 1525) by Netherlandish artist Quentin Massys (1466 – 1530), leading painter in Antwerp from c.1510 to the end of his career. This pic pushes an unequivocal moral lesson: old age (especially if it’s lecherous) leads to foolishness (spot the fool on the left, an accomplice in the theft of the old man’s purse). There’s also the point that a woman’s allure can cause a man to lose his wits (and wealth). 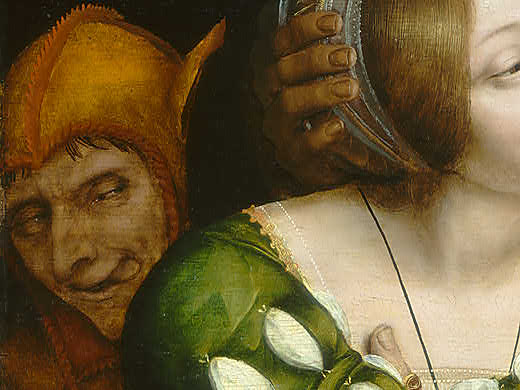 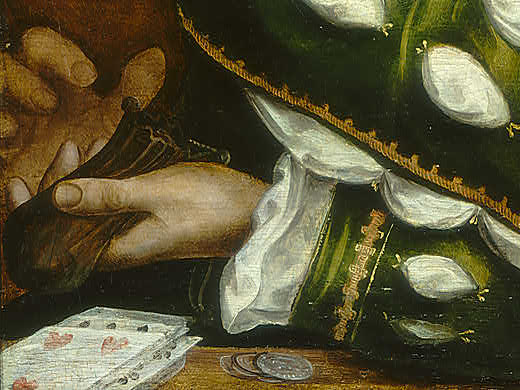 The image is underwritten by an intricate composition that radiates out from the lady’s contorted, unconventional pose (it takes a moment to untangle the hands and arms and see who’s who). More interest is added in the exceptional faces, especially the one of the old man on the right. That beaky nose, the leering, gaping yellow-toothed mouth and the piggy eyes all send shivers down the spine (precisely the point, presumably). The grotesque, gnarled look of him suggests inspiration at least to an extent from Leonardo da Vinci’s caricature drawings. 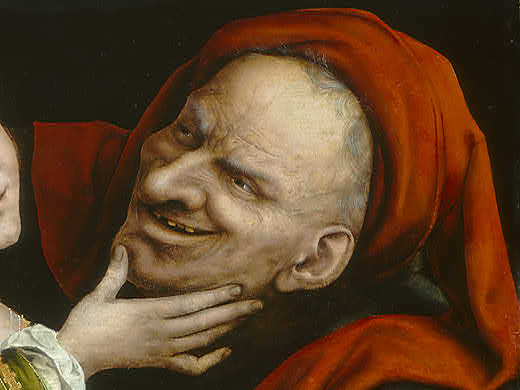 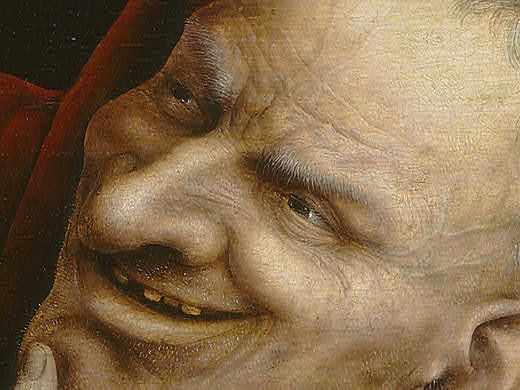 Massys then makes a massive contrast with his woman, whose smooth skin, pretty fine features and shining hair provide a pleasing foil to the old man. There’s real pressure in the scene here, enhanced by the uncertainty as to who’s mistreating whom and delineated by the deck of cards, which plays on the idea of competition between the sexes. 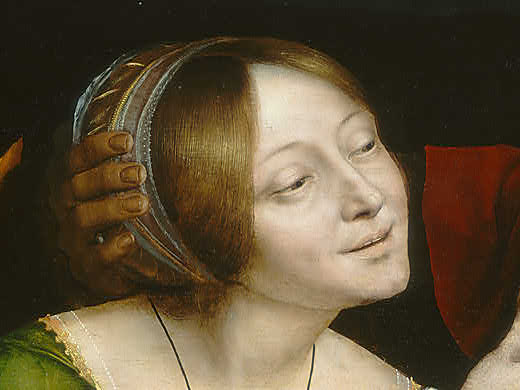 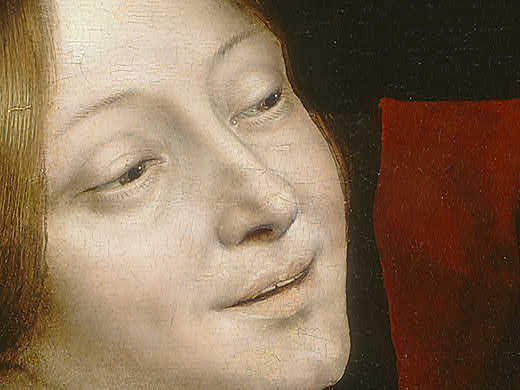 The Ill-Matched Lovers is an excellent example of Massys’s ability to assimilate aspects of both northern and Italian art. On the one hand he’s rooted in the northern tradition (those sculptural folds along the man’s left arm feel typically Netherlandish to me), while on the other he’s showing strong influence from Italian Renaissance art (he may have visited the country between 1514 and 1519). The monumentality of the forms for instance speak of a more southern sensibility. So that’s northern and southern styles yolked together in an unlikely artistic union: would we call them an ill-matched pair?