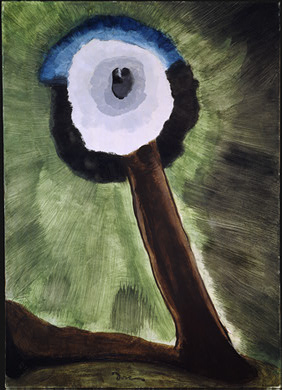 Recently, with my youngest brother in tow, I visited the Air and Space Museum on the Mall. It’s part of the Smithsonian Institution and is, I believe, DC’s most popular museum, explored by over 10 million visitors each year. As you approach it, the soaring architecture of the building (designed by Hellmuth, Obata and Kassabaum) sets the tone for an air-space experience of the most mighty kind. A total of 23 galleries display 240 aircraft, 50 missiles, a planetarium and a theater with a five-story screen. There are balloons and space capsules of aviation and space flight.

You need to brace yourself for this place. That many million a year do not a calm and serene visit make: you’ll be squashed and squeezed at various points (oh the irony, in a “space” museum). But if you can stand the hubbub and keep concentration amidst thronging crowds, you’ll lay eyes on some hot historic chattels. Like the plane that Charles Lindbergh first flew solo across the Atlantic in 1927 and the earliest plane by Orville and Wilbur Wright. 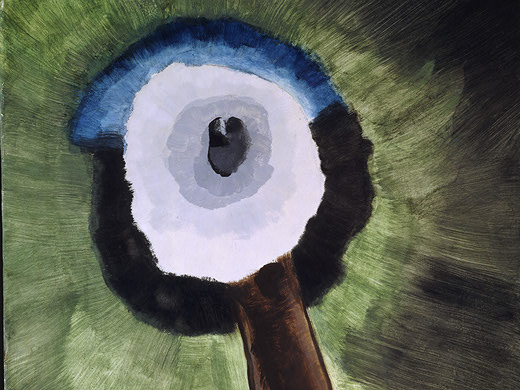 Taking us into space today is Moon (1935), an image instantly alluring for its oddity and beauty. It’s by the American Arthur Dove (1882 – 1946), who worked as a newspaper illustrator before moving to Paris in 1907, where he exhibited his Fauvist paintings at the Salon des Indépendants (1908 – 09). Once back in the US, he bought a ramshackle Connecticut farmstead and immersed himself in nature. Nature is of profound import for this artist, who’d look to the forms and feelings he found there for guidance. Moon was made during a time that Dove spent in his family home in Geneva, New York: it was a productive period, in which he sought to refocus his attention on oil: “to let go of everything and just try to make oil painting beautiful in itself with no further wish.”

So here we have an ultra simple composition, made up of a sphere that seems attached to a base by a brown trunk. It’s a tree covering a shining full moon. But before you say it looks nothing like that, consider that he’s pioneering abstraction here (in fact, Dove’s earliest abstract works date as far back as 1910). His abstract forms are mostly drawn from natural forms, which he’d simplify down to an essential-ness (he called them his “extractions”). 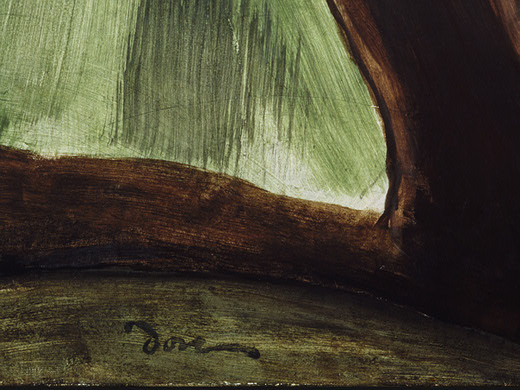 I like here the earth-bound colors (brown and green) that range from pale and muddied to dark and shining. The brush marks are measured, short and thin, layered up over one another so that the image is invested with a supernatural radiating sense of the intense. It’s impossible not to pick up the reverberations of Dove’s excitement – euphoria even – in the midst of nature and, specifically in this case, beneath the moon. It’s a marveling awe-filled stance he takes: there’s that beam connecting him to the flat of the land but he seems to be aspiring to and reaching for the heavens. Which brings us back with a bump to the Air and Space and perhaps another angle on man’s obsession with the moon. One of the most-touched and bustled around bits of the museum is the Apollo command module that carried Buzz Aldrin, Neil Armstrong and Michael Collins on their historic mission to the moon in 1969. And as I considered Neil Armstrong’s words at his famous first steps, I found them not so far removed from how Dove described the experience of his moon: “like walking on the bottom under water.”