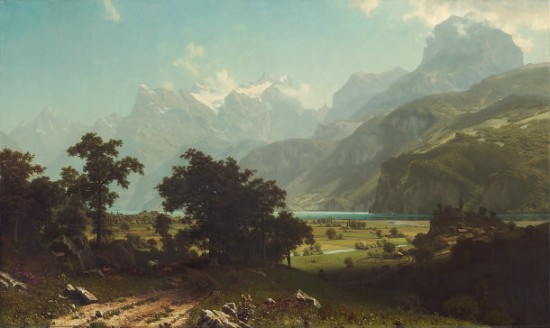 As I exited the immense IMAX cinema in the Natural History Museum recently (having just seen The Wildest Dream: Conquest of Everest) I was left with one line ringing in my ears: “because it’s there.” The film follows climbers Conrad Anker and Leo Houlding as they summit Everest. Anker in particular comes across as a man possessed: even as he attempts to free-climb the “second step” (a protruding ridge-like rock that bulges just before the tip of the Mount) he’s mimicking and imagining another climber. Either he’s addled by altitude sickness or he’s totally engaged with the spirit of one George Mallory. I’m thinking the latter is more likely. Let me explain…

British George Mallory was obsessed with becoming the first person to conquer the untouched Mount Everest. He was last seen 800 feet below the summit in 1924, before the clouds rolled in and he disappeared into legend. His death stunned the world. Fast-forward 75 years and it’s American Anker who comes across Mallory’s frozen body and his belongings on the mountainside. The only thing missing is a photo of Mallory’s wife Ruth, which he had promised to place on the summit. 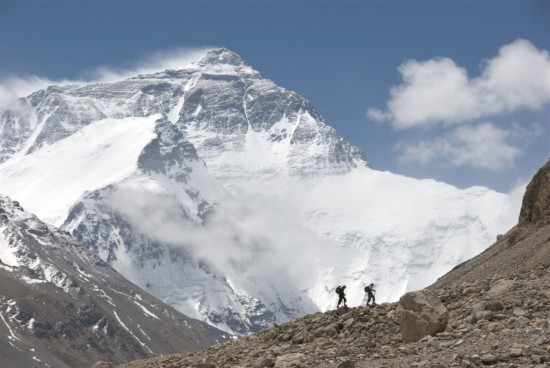 As Anker and Houlding press up the mountain with their padded suits and efficient equipment, it’s staggering to think what Mallory attempted in the 20s. His words “because it’s there” (given in response to a journalist asking him “why try?”) reveals something of the deep-seated sense of challenge and obsession that haunted him.

Today’s painting is no Everest, but it does seize some of man’s fixed gaze on far-off mountains, some of the quality of our fascination and fear with such monolithic mass. Lake Lucerne (1858) is by Albert Bierstadt, a Romantic landscape painter born in Germany but moved to Massachusetts aged three. One big thing with Bierstadt is his mix of Germanic style with American subjects and approach: so for example when Bierstadt went back to Germany to study in the 1850s, he spent his time with American artists based there.

This view sees him on the verge of a great discovery: in 1859 he’d embark on his first visit to the western US, where he’d drink his fill of the stunning scenery and start to churn out large-scale views that’d make him popular from the 1860s. But this is before all that, back in Europe, at Lake Lucerne, in central Switzerland: it is the most important work of his early career, based on on-site sketches.

If ever there was a picture that could suck you in, this is it. First up, the detail is entrancing: sharp as a pin and photographic with clarity. That wending road on the left just seems to usher us into the view… There are pastoral patches here and there: a traveller’s camp to the left, a harvest happening in the centre. But really this is all about mountain magnitude and might: see those peaks soaring, scaling skywards, right off the water’s edge.

When he’d finished Lake Lucerne, Bierstadt sent it to New York, for the annual exhibition at the National Academy of Design. It caused a sensation and started his star trajectory. In subsequent works that sealed his success, Bierstadt focussed on the American west, looking especially at the Rocky Mountains. But you know the funny thing? All those later paintings still tap into his early, European mountain impressions. Just the composition and look of most them hark back to peaks like the ones in this painting. Just one more man who couldn’t get a mountain off his mind.

TC and L… Pots of luck for your trek to the Base Camp of Everest. We’ll be thinking of you and can’t wait to hear the stories and see the photos on your return! Eat your granola bars guys!