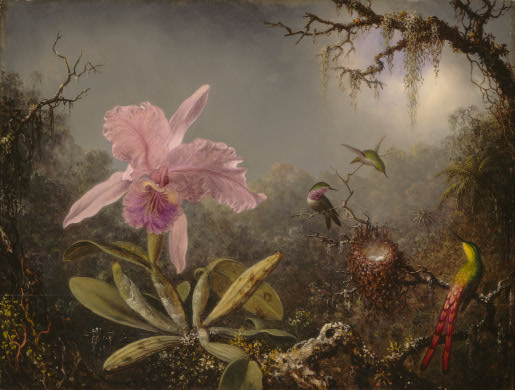 Let me tell you about this painting. It’s called Cattleya Orchid and Three Hummingbirds and I’ve had my eye on it since I started this mad caper called Art 2010. What’s not to love about this painting? You want steamy, dreamy atmosphere? You got it. Partial to pretty, exotic plants? No problem. Interesting botanical growths? In spades. Beautiful, long-tailed, whip-winged birds? Three, no less. 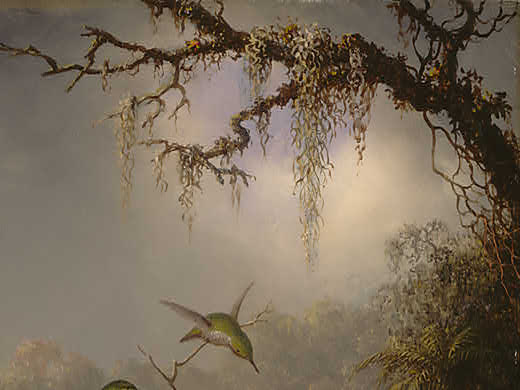 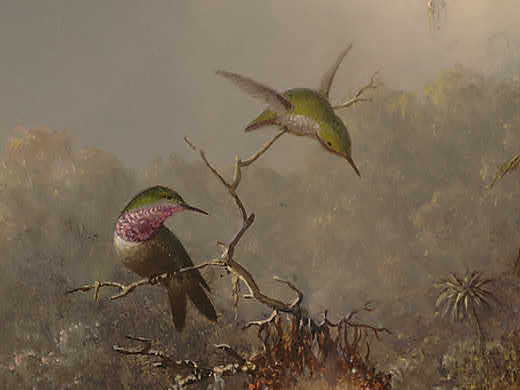 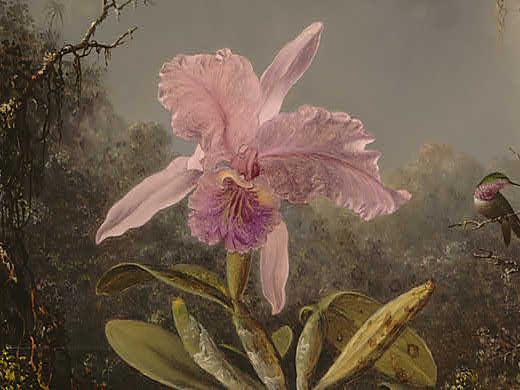 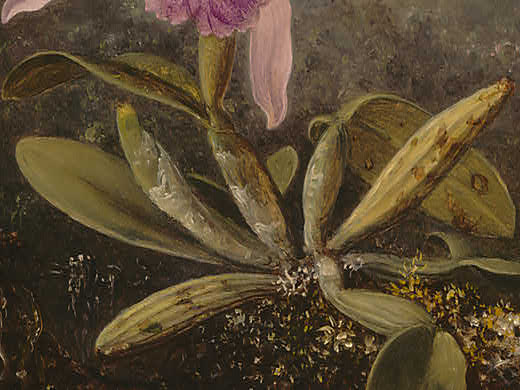 So you can see I was sold from the start: all I needed was the perfect prompt to parlay this picture into a winning post. Hmm… So first I thought I’d go the way of the cake, and link to London’s phenomenal Hummingbird Bakery. The name, of course, makes the connection. And then I thought I might discuss buttercream and cake crumb alongside this sweet, sugary confection of a painting (“Hummingbird Bakery is a sweet tooth’s delight” runs the Gwyneth Paltrow quote on the cover of their cookbook). But at some point I ruled the connection too strained for consideration, and with so many of you lovely readers having never hovered at the Hummingbird counter or hoovered up three cupcakes in one sitting, I thought the link might get a little lost.

So next I opted for the orchid angle and searched for some sort of orchid holiday (are you starting to see how I work at these things?) Well, from here on in I waded into an (at times) unnerving pool of orchid enthusiasts. I didn’t find a day but uncovered a month: April is national (in the States, I suppose) orchid month. Rats, missed that. 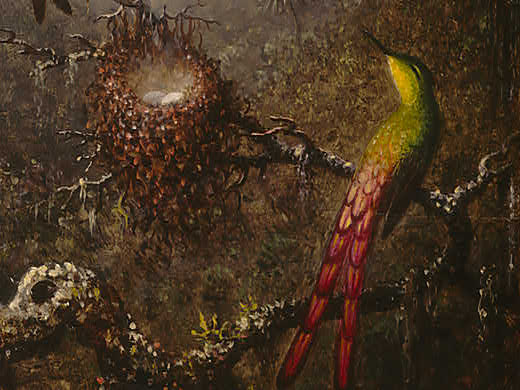 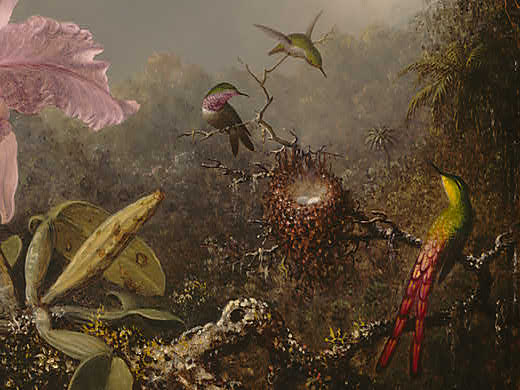 What more pleasant way could there be to honor and celebrate this unique birdie than with this densely detailed and deliciously colored painting? Let’s look at the man behind the magic. Martin Johnson Heade (an American, 1819 – 1904) started out painting portraits (stiff ones) but moved onto landscapes in the 1850s (two European trips in the 1830s and 40s softened and refined his style). By the 1860s he had started incorporating still-life elements. In 1863 Heade made the first of three trips to South America, where his artist friend Frederic Edwin Church urged him to paint lush large-scale views. But Heade headed instead for smaller, less trumpeted treasures and started on a series of small works – eventually numbering over 40 – depicting hummingbirds (he imagined a book titled The Gems of Brazil, but it was never published). Heade returned to the tropics twice after that: in 1866 he went to Nicaragua, and in 1870 to Colombia, Panama and Jamaica, all the places behind his plush pictures of plants paired with birds.

This is so treat-filled: a dense dream-like mist cloaks the distant jungle; twisted tendrils of moss and lichen drip from the tree and that punchy pink orchid dances and dominates in the foreground. To the right perch the birds (one flits, two sit) around a scraggly nest loaded with little white eggs. What I like about Heade is the sheer, sexy life of it all – no dry scientific study this, it’s a lush and lovely look at nature at its most buxom and bursting. It’s a heady recipe of still-life and landscape, shot through with lots of sweet nectar. To me it all looks good enough to eat: perhaps the cake comparison wouldn’t have been too bad after all. 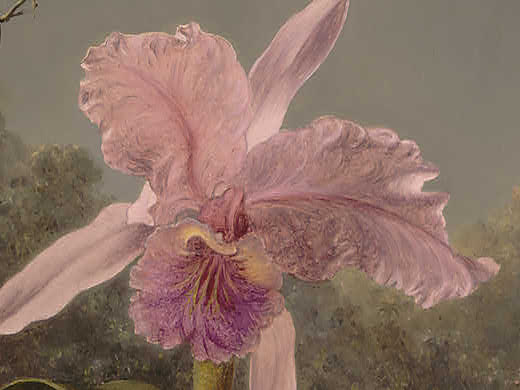 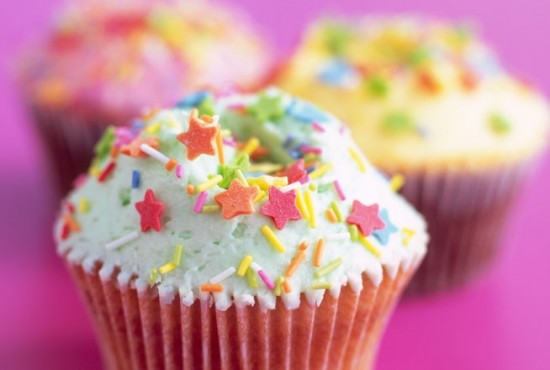 One thought on “Pink Frosting”