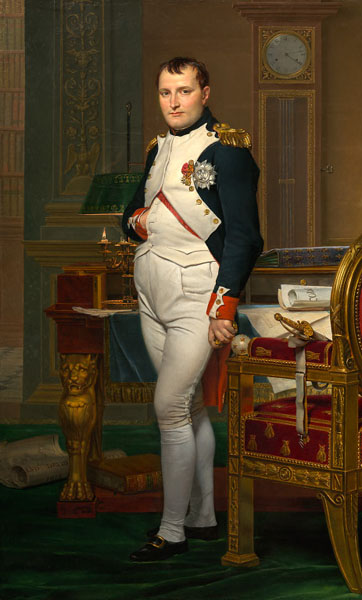 From body image yesterday to body language today. I do like a bit of body language analysis (shamefully to the occasional point of encouraging Husband to “walk in step with me” so that, should we ever be snapped for a b-language shot, we’ll be read as “in-step and in-tune with one another”). I know, I need help.

Our subject here is Boris Johnson (Mayor of London) interacting with Tracey Emin (contemporary artist). Of this picture, UK body language expert Judi James said this in the Mail on Sunday: “In an era in which politicians turn themselves inside out to produce the perfect sound-bite, reverting to the kind of naturalistic gesticulating and posing you’d see on your average Thunderbirds puppet between takes, Boris shines as a beacon of unfettered individuality.” 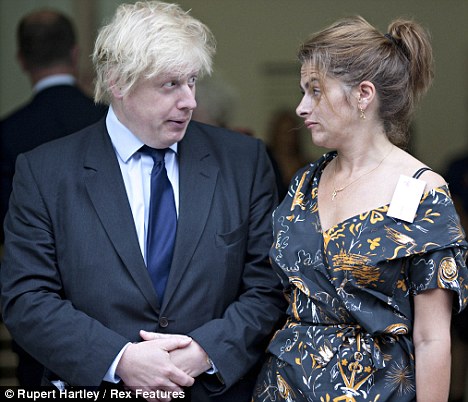 Clearly, Boris is about as far from polished politician mould as he can get: kooky look, double-trouble pose with Tracey, crushed suit and a funny way of strapping his hands across his belly (as if to keep them out of trouble). All of it adds up to an unlikely image for someone with such a lot of power, but therein lies his engaging genius. As James says: “When we see a bumbling exterior our brains disregard the obvious and deduce the opposite – that the man is a cerebral giant.” Which makes me wonder all the more about today’s painting, The Emperor Napoleon in His Study at the Tuileries (1812) by Jacques-Louis David (1748 – 1825). I introduced David yesterday as the leading artist of the Neoclassical movement in France and today we’ll take a closer look at his bespoke blend of antique elements and air of stern morality and heroic sacrifice. 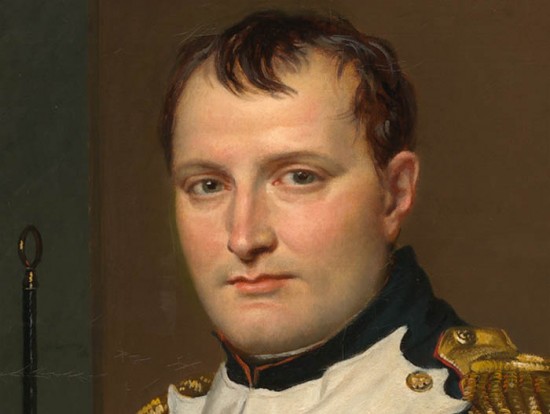 Napoleon Bonaparte was the emperor of France in the early 1800s and David was his favorite artist. In this work, the man stands more than 5.5 feet tall – that’s close to life size – so we can have a good go at goggling him at close quarters. The face tells us instantly that he needs to shave, and to run a comb through his hair. And the clothes tell us that he’s a trooper as well as an emperor. David is intending us to see this as a spontaneous snap-shot (see the rumpled carpet underfoot, as if he’s just pushed back his chair?). But this is no photo-op: there were no photos. Rather, it’s a pic packed packed with evidence of careful planning and contrived posturing. So let’s see what these two want us to see. He’s the main military man: legion of honor medal on his chest (awarded to himself, naturally), and a sword set on his chair. 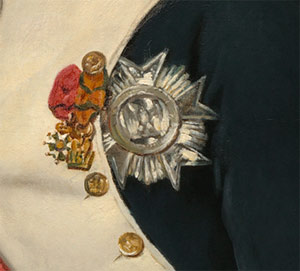 He’s a clever law-giver: scroll on desk reveals the letters CODE (Napoleon’s code became the basis for French law), and he also holds a seal for documents in his left hand. 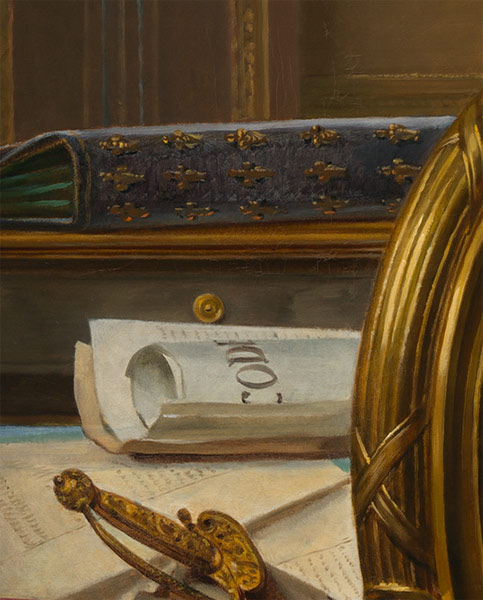 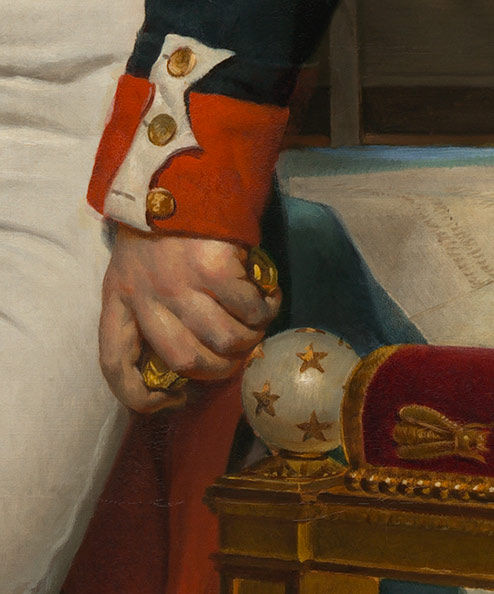 He’s better than Caesar: Plutarch’s Lives (on the likes of Julius Caesar and Hannibal) sits at Napoleon’s feet at the bottom of his desk) and he’s been burning the midnight oil for France: the clock says 4.13, the candles are all-but burned out, and there are bees (read industriousness) sewn into the fabric of the chair. 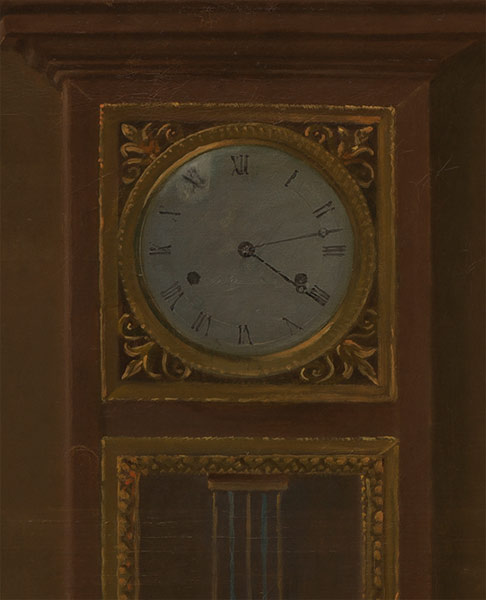 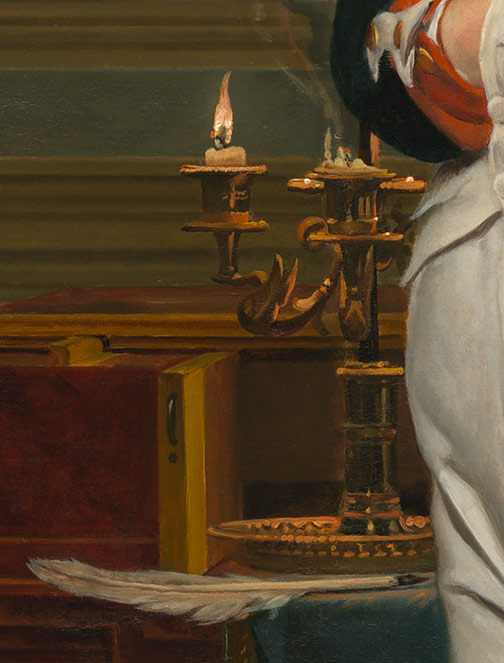 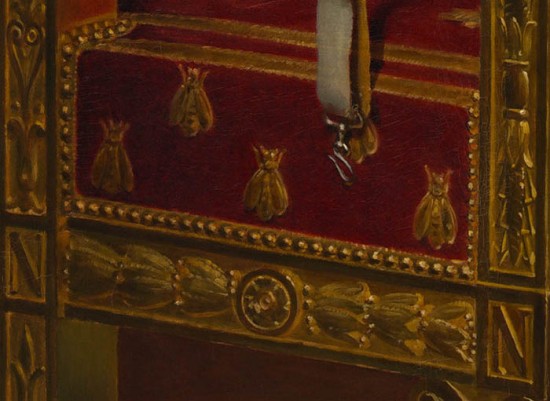 So how does does this level of contrivance make us see him? Do David’s codes and clues lead to the notion of Napoleon that he intends? The brilliance of Boris is that his pose is unplanned, so that the bumbling naturally intimates a big brain. But in this heavily nuanced portrait, is it artifice or the actual man? Boris’s wayward thatch of candy-floss hair is actually like that, all the time. Would we say the same for Napoleon’s oh-so-carefully unkempt crop?