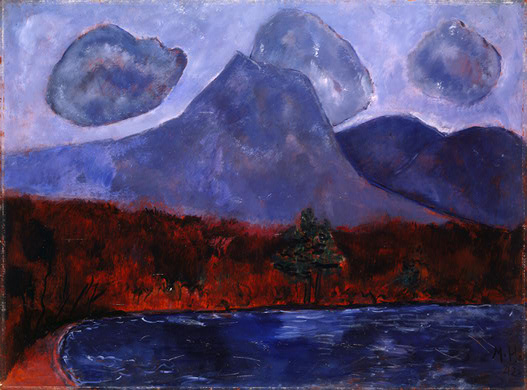 “For centuries, the American spirit of exploration and discovery has led us to experience the majesty of our Nation’s wilderness. From raging rivers to serene prairies, from mountain peaks slicing the skyline to forests teeming with life, our Nation’s landscapes have provided wonder, inspiration and strength to all Americans. Many sites continue to hold historical, cultural and religious significance for Indian tribes, the original stewards of this continent. We must continue to preserve and protect these scenic places and the life that inhabits them, so they may be rediscovered and appreciated by generations to come.”

So opens a proclamation from President Obama released August 31, declaring September National Wilderness Month. He adds this dedication to his signing of the Omnibus Public Land Management Act last year, to restore and protect more of the US’s wild spaces. This April he also established the America’s Great Outdoors Initiative, to develop a community-based 21st century conservation agenda and connect America with the outdoors.

Obama is invested in the land and often uses rich land-referencing in his speeches. It’s apt that I especially recall him repeating “the rocky coasts of Maine” motif on his campaign trail, as here we have Mount Katahdin, Maine (1942) by an artist called Marsden Hartley. Truly, this is a painting to pull into a discussion about the wilderness: it doesn’t get more wild than this flaming band of scarlet earth and blue-mauve globular sky.

Hartley (1877 – 1943) is someone I’d hardly heard of before meeting him at the NGA. He’s an early American modernist, who studied at the Cleveland School of Art and at New York’s Academy of Design. He started out with bold landscapes executed in short, nervy strokes and broken color, for which the photographer and gallery owner Alfred Stieglitz gave him his first one-man show in 1909. Three years later, Hartley headed for Berlin. He settled in the German city and came under the influence of Expressionism: there were two German Expressionist movements that evolved at the beginning of the 20th century: Die Brücke (The Bridge) and Der Blaue Reiter (The Blue Rider). He returned to America in 1916 but continued to travel, settling in Maine in 1934. 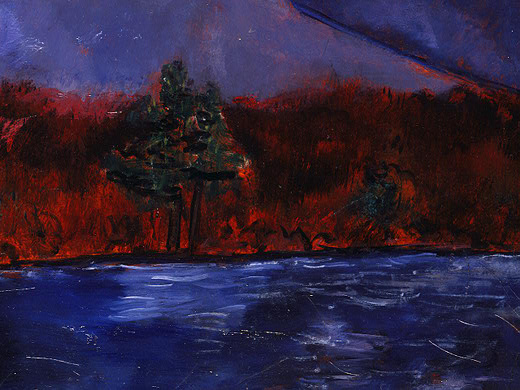 It was in Maine (where he was born, too) that the artist found new inspiration, painting the rocky coasts., Mount Katahdin, Maine maintains the artist’s submission to subjective reactions in painting: this is no practice of documenting reality. It’s painted in oil on hardboard and hammers itself insistently into the viewer’s head. Color takes on an untamed beauty: the blood-red of the grass-brushed bank rustles through coagulated darkness to clean clarity. Two tiny trees stand out, trussed in green leaves. The water is invigorated through agitated use of different hues of blue. And the sky: that’s where the artist unleashes his inner Expressionist especially: here’s where form is simplified to firm up two hefting mounts and where the clouds are transformed into what look like boulders bouncing across the sky. Indeed the shapes look almost symbolic. 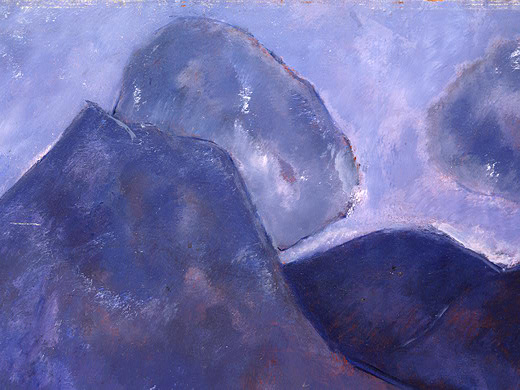 This is bold, beautiful and beguiling stuff. Hartley was a passionate, self-conscious and remote artist, perhaps all things that helped him boil down his visions to this sort of alarming state. He’s taken a smart route here, and sought to express something of the essence of the land, its primal power and living spirit, as he sees it. It’s an awe-filled stance, at a respectful distance that pummels home a message of importance and preservation. Just like the proclamation we started with.