I came late to the U.S. MasterChef party, partly as I’m a die-hard fan of the British version. And also, it has to be said, because I don’t do well with Gordon Ramsay’s agitation and thigh slapping for more than a few minutes at a time. But, last Wednesday we were stranded without so much as a bit of buoyant reality TV to cling to, so we settled for the final of MasterChef.

The format has been filtered to fit the more macho demeanor of American food shows (think animated audience in attendance, live cooking and tasting and Gordon behaving like a bull in a china shop). The finalists were Whitney Miller (22), a Southern Mississippi nutrition student who went with a menu of simple southern-style food and 29-year-old IT consultant David Miller from Boston, who chose an altogether more flashy appetizer, main and dessert.

As the clock ticked down to the final ten minutes, both looked to be on target alright: she had diverted dessert disappointment with spontaneous reinvention, and his beef Wellington had cooked through. But then the unthinkable happened: as Whitney went to plate her breast of chicken, she swung from pan to prep station with the thing placed precariously on a spatula, and it slipped off! Slap, smack onto the floor! A sharp inhale happened around the room: surely that was her out of the competition? 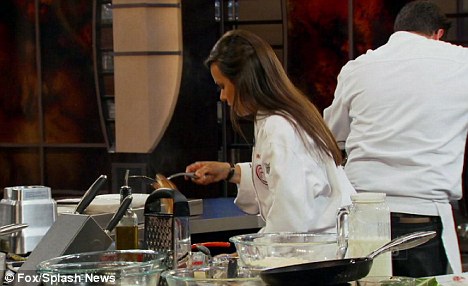 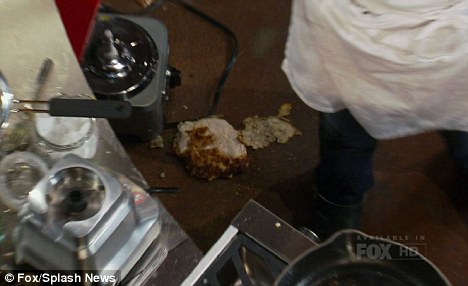 From one floor to another for now: this is Floor Structure Black (1965) by the American artist Sol LeWitt (1928 – 2007). From 1945 – 1949 LeWitt studied Fine Arts at Syracuse University, before moving to New York at the end of this period. In the early 1960s he had some success making black and white reliefs, but it wasn’t until the mid sixties that his sculptures and installations came to proper public attention.

Floor Structure Black is one such work that set Sol off. Its a series of five appended open cubes, made of painted wood. So what does one make of such a thing? Its austere lines make up a logical sequence or system that’s regular and uniform. People pushed to label LeWitt a Minimalist: his pared-down art seemed to associate with the simple forms and deliberate lack of expressive content that characterized this abstract movement of the 1960s. Most minimal art was 3D and this Floor is fully that. 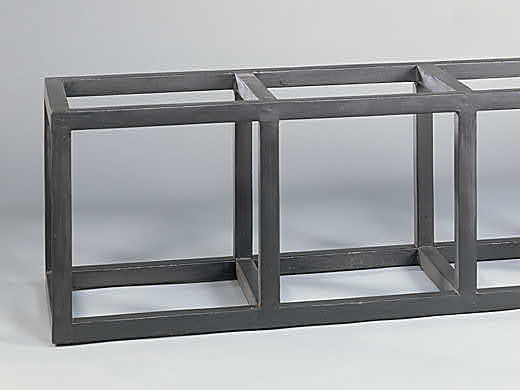 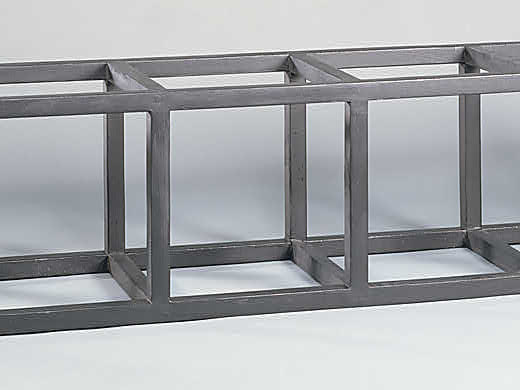 But the artist himself contested the connection, and instead in 1967 coined the term “Conceptual art” to better class his work. He explained that for him, a concept or idea was what he started with, never a firm form. Aha. So we should seek out the concept and not the shape here. Indeed, in having had this work fabricated industrially, LeWitt does look like he’s wanting to diminish the input of the artist’s own hand, and therefore the prominence of his physical production. Sol once said that the most interesting thing about a cube was its relative uninteresting-ness: the perfect unit to use for conveying a concept. 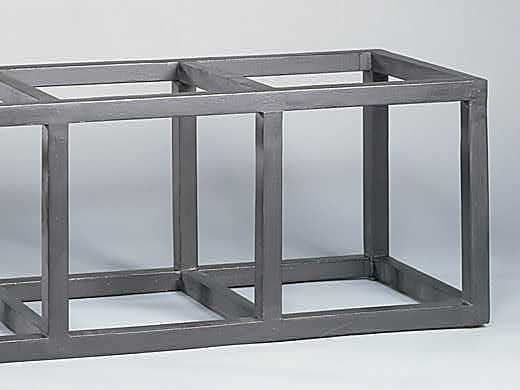 If this Floor is a vehicle for an idea, then the MasterChef floor most surely was too. All kinds of ideas. David Miller must thought he’d win now, for sure. Producers probably thought this would make a flop of the competition. Whitney’s family had one idea (despair) but then back-tracked to do mad cheers for her to get back in the game. But the girl herself had the best idea of all: to re-cook her country fried chicken in just seven minutes and bag the title of America’s first MasterChef. 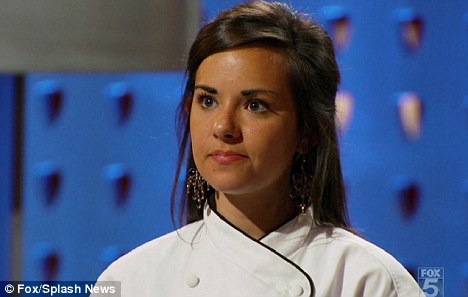 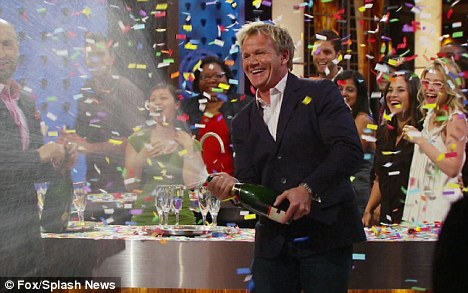