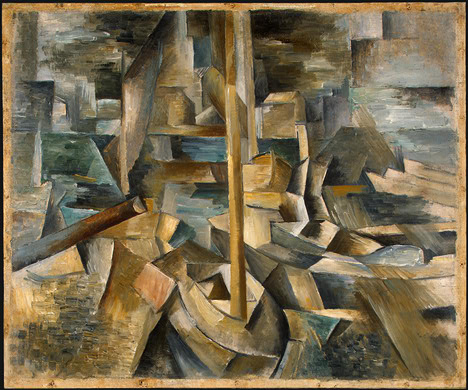 Fashion and art have long been BFFs and the relationship won’t be cooling anytime soon. Hot off the catwalk at London’s Fashion Week in September stalked some tremendous “art-dipped” designs for Spring/Summer 2011.

Mary Katrantzou offered a baroque, gilded and glittering aesthetic that’d give any portrait of an 18th century aristocrat a run for its money. 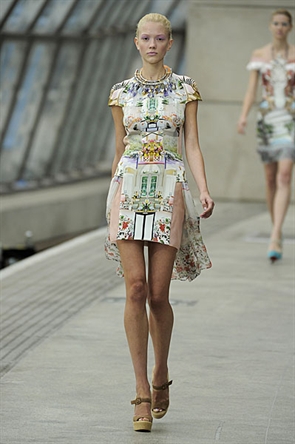 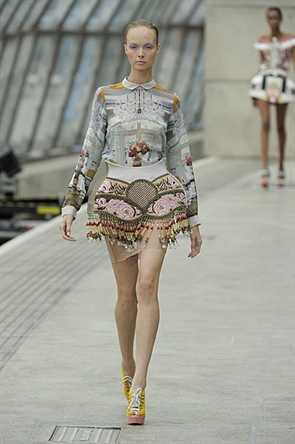 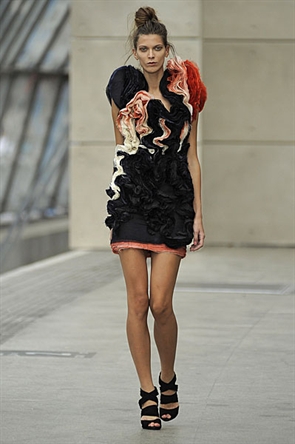 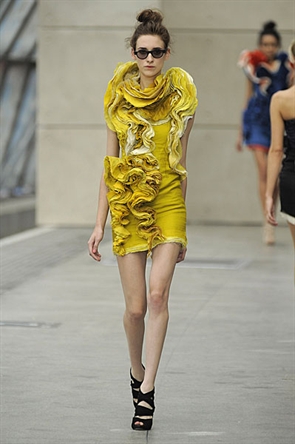 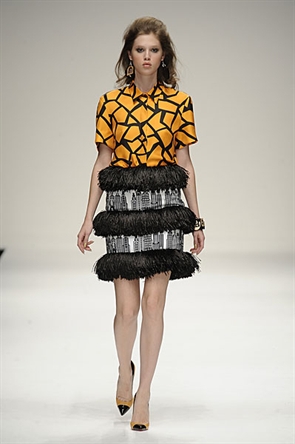 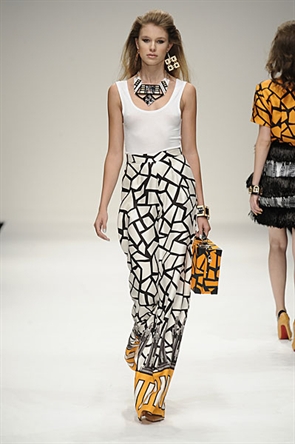 Ooh it must be nice to dive into the annals of art history and cherry-pick all the best, most beautiful bits for a fabulous season-full of clothes. In Fulton’s case, I like the way she plays with Cubism’s love of shattered, prismatic forms in her bold, dynamic prints. Look closely and there are even elements of the primitive art that were so seminal for the movement. 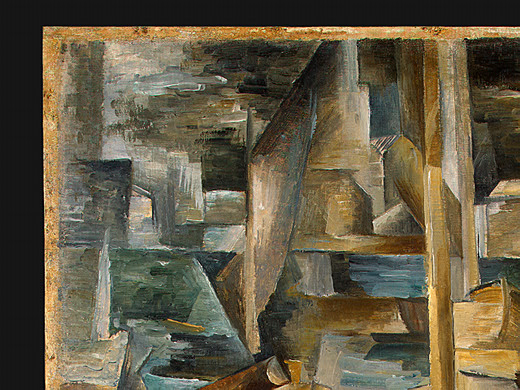 Cubism’s splintering of traditional 3D forms and its wild abandonment of the traditional fixed viewpoint that had dominated Western art since the Renaissance shook the tree of art so hard that a lot of apples fell out. It was a radical and influential style in painting in Paris (1907 – 14) that we all associate with Picasso. But he had an important collaborator in Georges Braque (1882 – 1963), a Frenchman who’d trained as a house decorator before moving to Paris to study art. Braque had a brief foray with Fauvism before two things altered his course: a Cézanne retrospective in 1907 and meeting Picasso, in whose studio he saw Les Demoiselles d’Avignon. 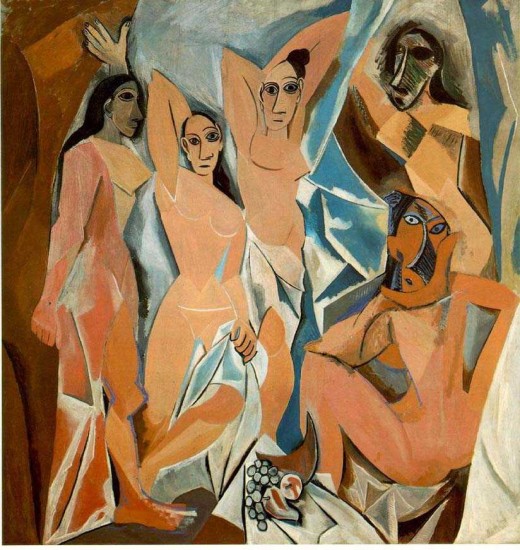 Braque’s Harbor (from 1909) is not a classic Cubist still-life (which would show the subject matter scattered on a table and seen from many sides simultaneously) but is still a super sophisticated work from the period. Cubist preoccupation with form started with Cézanne, who took a geometric take on shape, but Cubism goes further, collapsing perspective into overlapping planes. 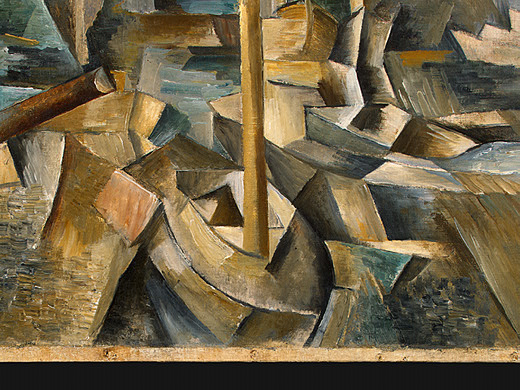 On reaching the threshold of abstraction here in Harbor, Braque plays with ideas of illusion through the introduction of recognizable elements, such as masts, ship shapes and a shimmer of a horizon line. 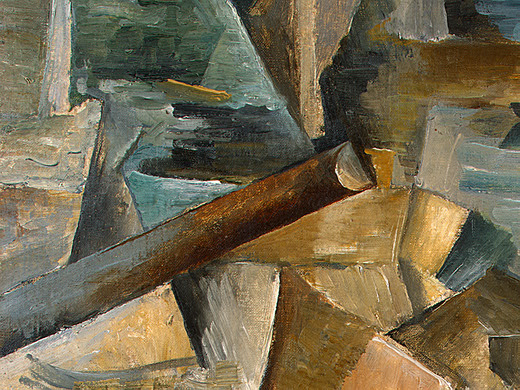 Although he does not do so here, Braque soon started adding other elements to his Cubist works, like lettering, collage, trompe l’oeil and paint thickening – all practices he’d picked up during his days as a house decorator. The Braque-Picasso partnership ended with the former’s conscription during World War I, so their time together – and the life of the movement proper – was short, for sure. But not too short to shake up art for ever and ever. Or to still be impacting fashion a good 100 years later. 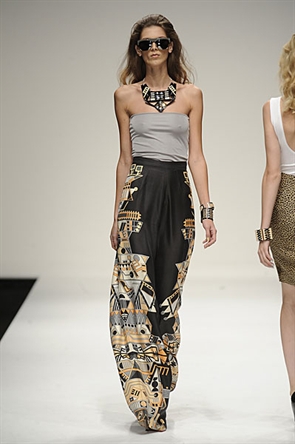