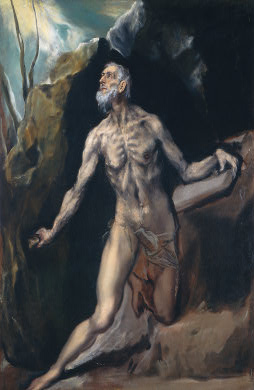 The name Jerome always jettisons me back a couple of years, to a London classroom and a cheeky but charming student of mine who kept lessons lively and tempers lightly frayed. Jerome was delighted once when asked to research a painting at the National Gallery: he came back beaming, brandishing a brilliant little piece on a picture of his sainted name-sake. He had hundreds to choose from, to be fair: Jerome is just one of those insanely popular saints: always old, always bearded and usually in a state of consternation, study or undress.

As his feast day (today) approached, I was also spoiled for choice at the NGA. I dithered for a time with Bellini and others, but in the end I couldn’t but go for this blinding, bare-flesh barnstormer of a picture by my personal hero, El Greco. El Greco gets the girl every time. 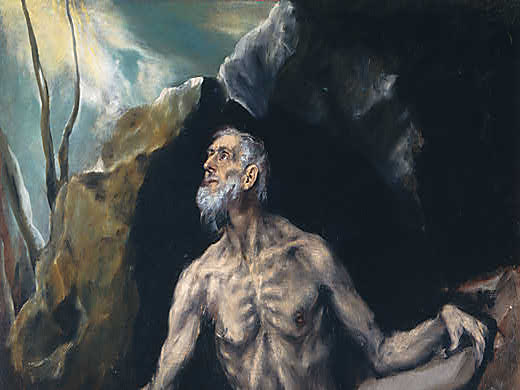 This Jerome is jammed in behind rising rocks: he’s in a barren wilderness, we’re to understand, in penitence. This is the man (a scholar) who translated the Bible into Latin in the 4th century, creating a version still important in Catholicism. 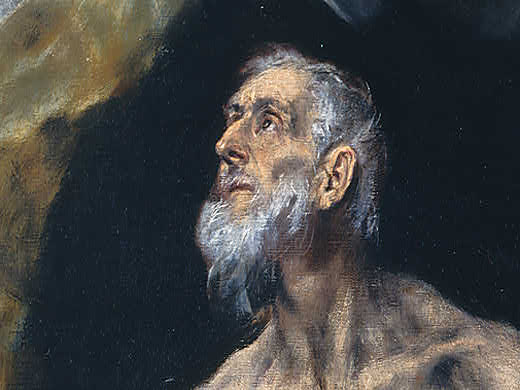 El Greco “the Greek” (real name Domenikos Theotokopoulos) was born in Crete but had settled in Spain by his mid 30s, making the town of Toledo his home. He became their best artist, and is still seen as the first big gun in the history of Spanish painting. I find that the spine-tingling sensation that saturates all good El Greco pictures comes from a couple of cornerstones. One is his alarming and unique aesthetic, built on personal interpretation and passion. In this unfinished picture, the moves of his hand are still discernible, building up a base layer of brown, slicking in black outlines, highlighting with white and smoothing the paint in areas like the face. Proportions though are summarily poo-pood: El Greco’s bodies become stretched and sinuous under his brush. Odd too are his colors, all sickened, smudged flesh and an eerie glimmer top left. And look out for his lines, which get incredibly expressive, from an avalanche of rocks to angled limbs and rickety ribs. 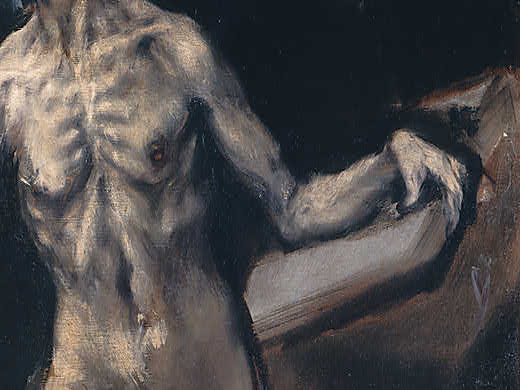 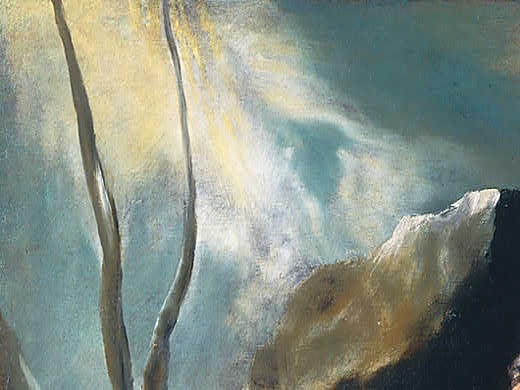 Context is the other factor in El Greco’s genius: Toledo proved the perfect place for him to paint, with a spiritual zeal (rising in the climate of the Counter Reformation) that matched his own. Particularly with a subject such as this, El Greco can ratchet up the religious impact like none other. Jerome’s right arm is straightened to a dynamic diagonal: look closer and there’s a flash of red and a rock in there. He is beating his chest in self-inflicted punishment, for loving secular learning too much. If only my Jerome would have taken a leaf out of this man’s his book. The learning bit. Not the beating. 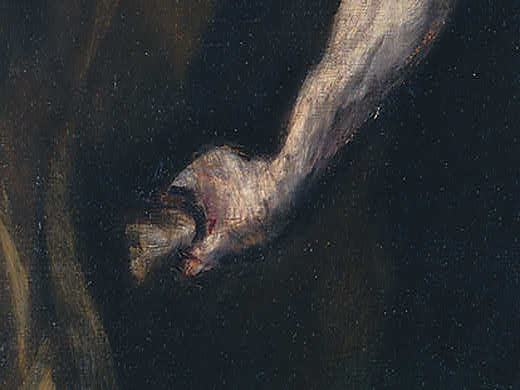 3 thoughts on “Rocked It”