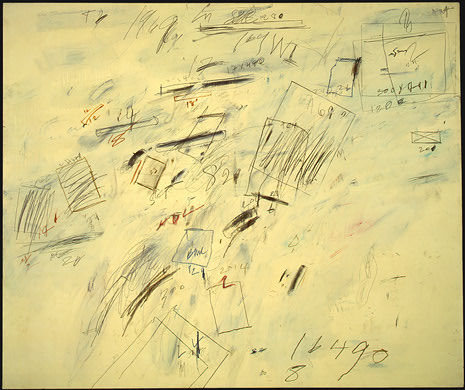 I fretted about Francis (the Saint) this morning, because it’s his official feast on October 4th. If you need a Francis fix I’ll give you a hit (c. 1620 by Bernardo Strozzi) but then we’re getting to more (de)pressing matters in hand. Like the recession. 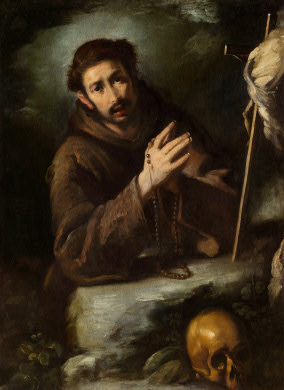 I know. It’s Monday, wet and that there’s a week’s worth of work staring us all in the face… and here I come to lighten the mood with a bit of banter about the recession. I’m sorry, but I do aim to be topical at least some of the time and this recession (though it’s meant officially to have ended) is still sprawling. US Census data released last week showed that as well as the usual, sickening suspects (joblessness, income inequality), marriage has come in for a mauling, hitting an all-time record low last year. In Europe (currently 23 million unemployed), protestors packed streets last week, up in arms about a debt crisis that’s eroding the welfare state: higher taxes, job cuts, soaring unemployment, smaller pensions.

It’s all angst that sits sour in the stomach and addles the mind. I settled on this picture today because I think it picks up on some of those feelings, though who knows if it was intended to. Untitled (Bolsena) is by American artist Cy Twombly (b. 1928). Originally from Virginia, he moved to Italy as a young man and has been there ever since. A painter, draughtsman and printmaker, he has a stark, idiosyncratic style.

This work is one of a series of 14 paintings Twombly created during the summer of 1969, while shut off in a desolate Palazzo near Bolsena, north of Rome. He’s worked with oil-based house paint, wax crayon and graphite on his canvas here and what emerges is a hybrid image, part tumbled jumble of numbers, part avalanche of miscellaneous diagrams.

The first thing that grabs me is the energy in the scribbles and scrawls: I find the vigor in his mark-making agitated, tense and attention-demanding. Action is definitely part of the Twombly aesthetic (he grew up as part of the Abstract Expressionist scene in NYC). According to the artist, some of the signs in the Bolsena series allude to the Apollo space flight and moon landing of 1969. In other works he’s inspired by classical art and mythology. Some say his pictures end up looking like ancient walls or tablets. But I’m not sure I see any of the above here today. Instead, in his chicken-scratch numbers and collapsing geometries I read unrest, turbulence and an uncomfortable instability. Though I suppose this might be the hub of Twombly’s weird brilliance: his forms are essentially formless, but they form many a thought in one’s mind.