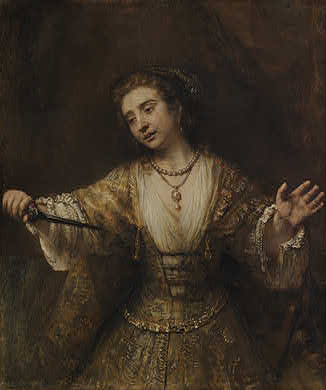 It’s my aim always to keep us abreast of the most pertinent informations, and today’s tidbit is no exception: the long and the short of it is that, this season, cleavages are big. Yes indeed: Prada and Dolce have decreed that curves are in, especially the twin pair, leaving only the question of how you’ll work yours.

Big and buoy-like (think Christian Hendricks in real life, or on the red carpet) call for a scooped neckline and minimal uplift. 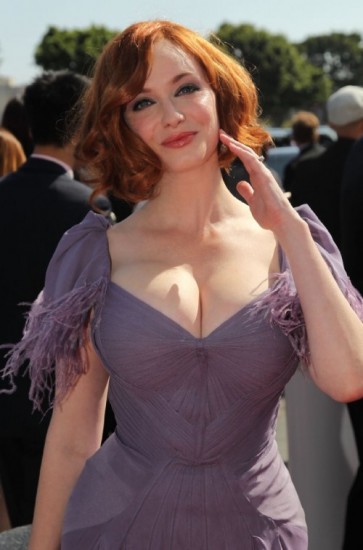 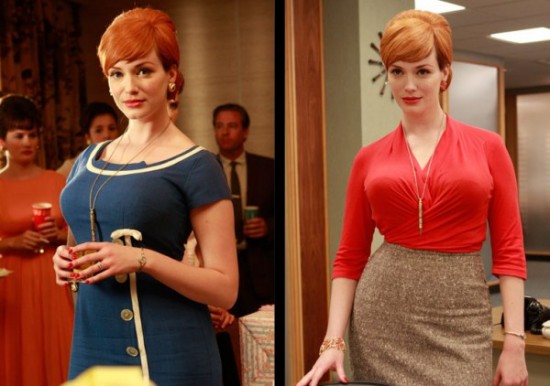 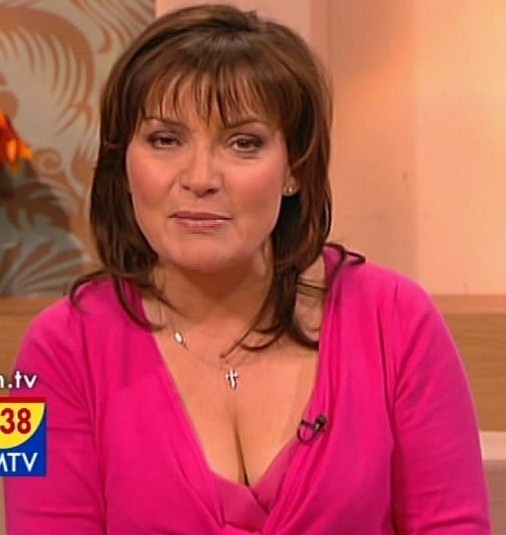 … and our silicone sisters need next to nothing, as Victoria Beckham’s gravity-defying, bouncing-ball-like chest will attest. 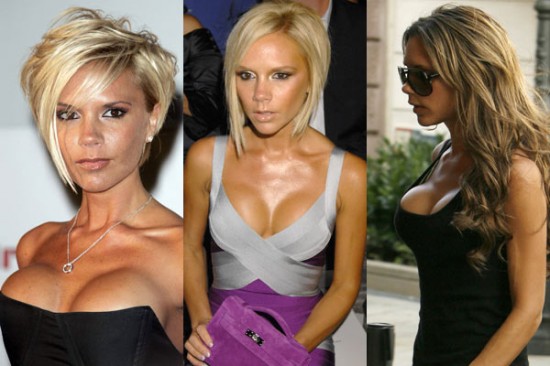 So with that sorted, let’s simmer down now, since the chest we’re examining at the NGA is note-worthy for reasons beyond size and shape. This is Lucretia (1664) as painted by Rembrandt van Rijn. It is, in short, a belter of an oil. She’s the woman who catalyzed the founding of the Roman Republic (so the story goes in the histories of Livy and Dionysius of Halicarnassus). Before this scene, she’s been raped by the king’s son, so she’s about to commit suicide in shame, by stabbing herself in the chest. Lucretia’s assault and subsequent death enraged Romans against the tyrannical rule of their king Lucius Tarquinius Superbus (AKA Tarquin the Proud). As a result, leading families instituted a republic and drove the Tarquin family from Rome. 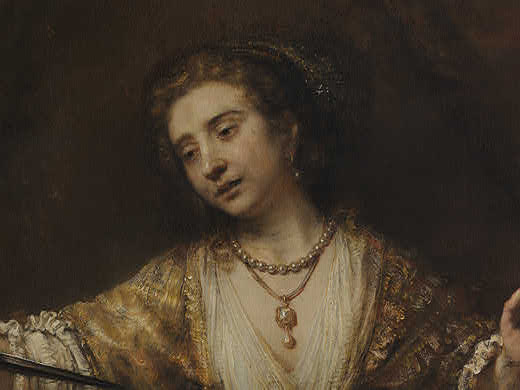 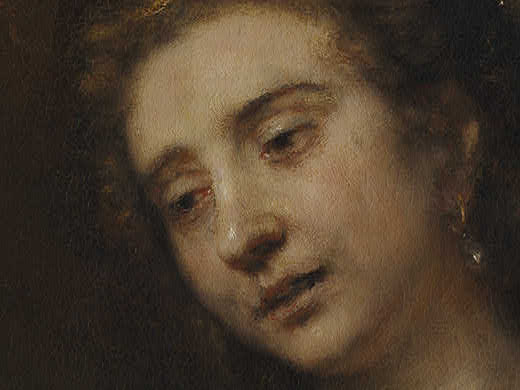 Rembrandt does the legendary Lucretia proud. He is of course the greatest of all Dutch painters (1606 – 1669) famed for his portraiture probably above all. This image is characteristic of his late style: less of the vivid lighting effects and expressive gestures that came through in his early career, and more marked introversion now. 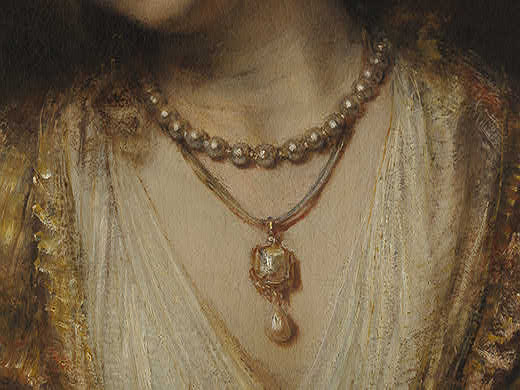 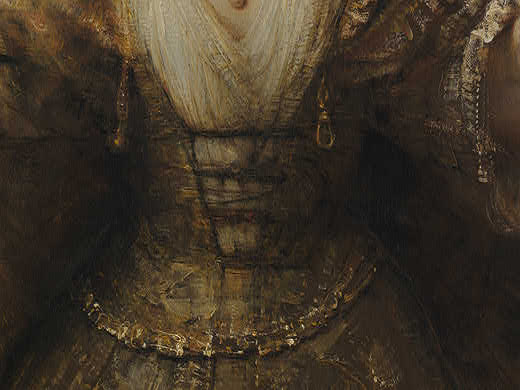 Don’t you feel the prickling poignancy of our prying in on this most private moment? It’s too late though, and we must look: the brown background offers no distance or distraction. Though she’s about to stab that dagger, an eery, suspended calm seems to have settled.

Rembrandt’s technique becomes broader and less polished the older he gets, though it’s no less sharp at eliciting emotion. Here’s the thing we prize so much now in the later works of this artist (though they were less fashionable in his lifetime): deeply compassionate psychological insight. How does an artist show that he empathizes with his subject? Rembrandt too was experiencing death and difficult hardships in his personal life at the time, but how does he paint that human middle-ground of understanding? Is it her expression? Her pose? Or simply the fact that he has himself and his spectators witness, endless, this scene of the highest self-sacrifice? 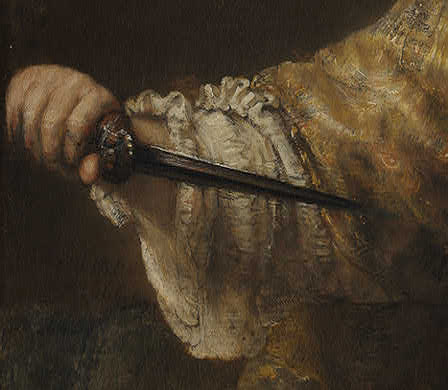