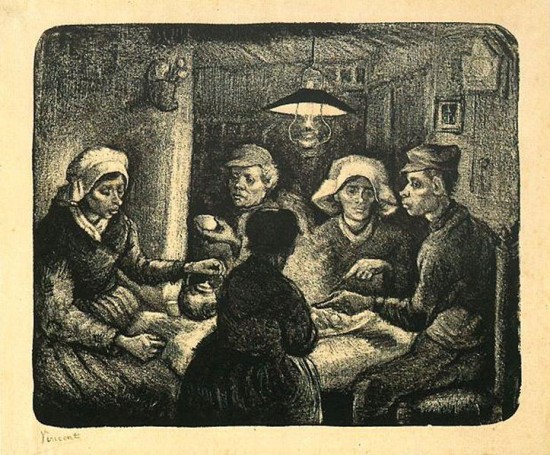 Now, don’t get me wrong… I love potatoes as much as the next person. I’m partial to the potato crisp (chip) for instance, and have delved into a fair few baked potatoes in my time. Mashed, hashed, roasted, fried.. even tater totted is fine. Add dollops of butter, ketchup or mayonnaise as needed and we’re entering a spud heaven so starchy and satisfying that you start to wonder whether you ever want to eat anything else. 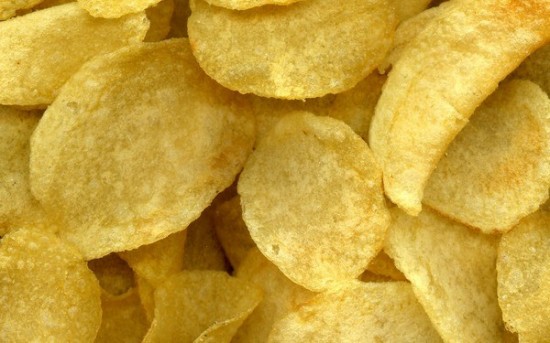 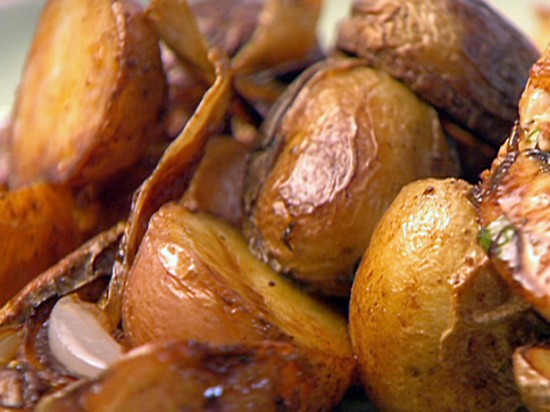 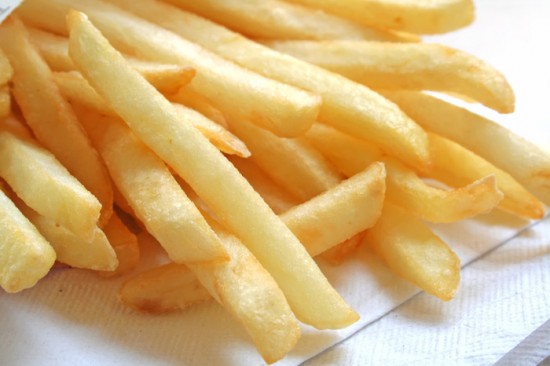 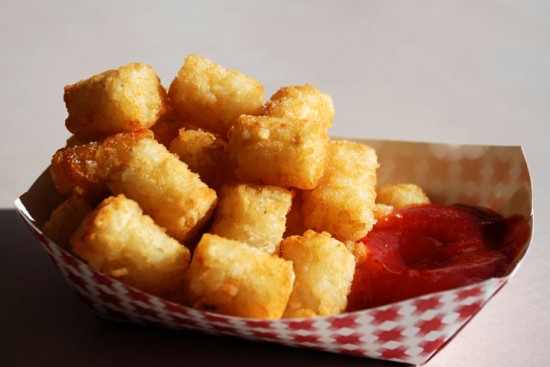 But then we do. Eat other things, I mean. That is, all of us except a carbohydrate crazy who’s just embarked on the most barking of eating sprees. Chris Voigt is Head of the Washington State Potato Commission (Mr. Potato Head, tee hee) and is sick of people linking spuds to junk food. So he’s decided the sensible thing to do is eat nothing but potatoes for 60 days. 20 a day. Follow his raving-mad regimen here. 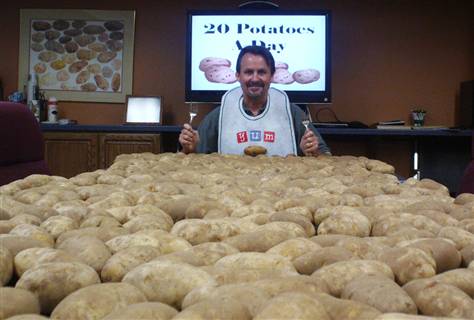 Voigt will need company on this caper, so I found him some friends at the NGA. This is the Potato Eaters (Aardappeleters in Dutch) by Vincent van Gogh. Not the famous Potato Eaters painting by him that’s housed in Amsterdam’s van Gogh Museum… 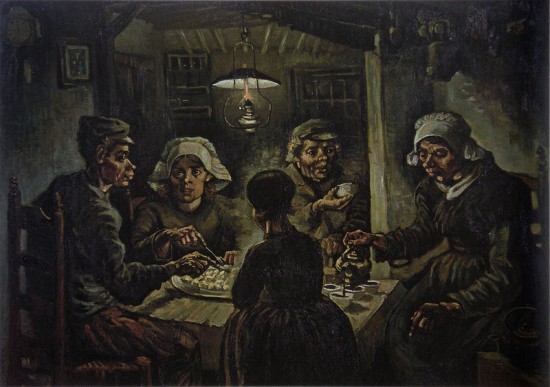 … but a lithograph of the same subject made the same year (1885), a study he did before starting the oil. In a letter to his brother Theo, Vincent wrote that he’s completed this lithograph from memory, in a single day.

A lithograph is a print made by drawing on fine-grained limestone (the term literally means “writing on stone”). After the drawing is made, the stone is wetted and greasy lithographic ink applied. The ink only adheres to the drawn lines and is transferred to paper in the press. Hence the image is inverted here. 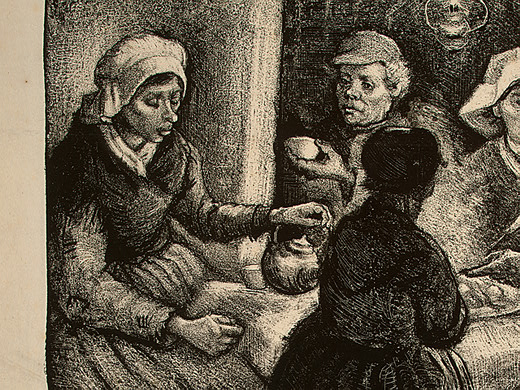 Vincent van Gogh (1853 – 1890) worked little in graphic mediums, but had experimented with lithography in 1882. This image shows a knack for the technique: the robust heads and hands of the potato-eating peasants are drawn with marks that  capture, in their deft and deliberate movements, the hard lives of these people. It was van Gogh’s aim to infuse even such small works with purpose and power: “Anyway, some paintings in their huge frames look very substantial, and later one is surprised when they actually leave behind such an empty and dissatisfied feeling. On the other hand, one overlooks many an unpretentious woodcut or lithograph or etching now and then, but comes back to it and becomes more and more attached to it with time, and senses something great in it.” 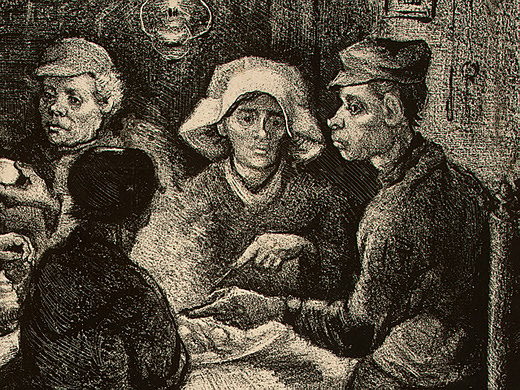 Here’s hoping Chris Voigt finds something satisfying in every one of the potatoes he’ll be popping into his mouth on his diet. Just don’t expect him to eat one ever again after November 29.