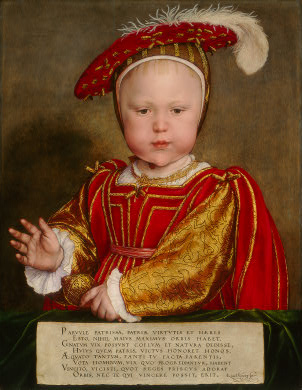 Most of us must be in the habit of totting up texts, messages, cards, deliveries, etc. on birthdays. Even as the ages slide by and we profess to wanting to forget yet another year notched on our life-post, there’s still that sneaking bit of us that loves a bit of attention, and can’t help but gauge popularity and importance by the barometer of birthday communications. I did alright this year, considering I’m within the wish-to-forget-the-aging phase. But I hold less hope for people remembering the date of my birth some 500 years or so hence. I can’t imagine what I’ll need to accomplish between now and the end to secure the kind of certain birthday recognition I’m writing about today.

Because the 12th of October 1537 marked the birth of a babe be-named Edward. This is a portrait of Edward VI as a Child (1538), the only legitimate son of Henry VIII. So you see, this little chap had fame ready-wrapped: with Henry for dad and his (third) wife Jane Seymour for mum, Ed was bound to become a figure of fascination. Holbein has him here aged about one, and what a little ruler he’s already proving to be, sitting sturdy and straight, with one doughy hand on a scepter (no Fisher Price rattle for this one). 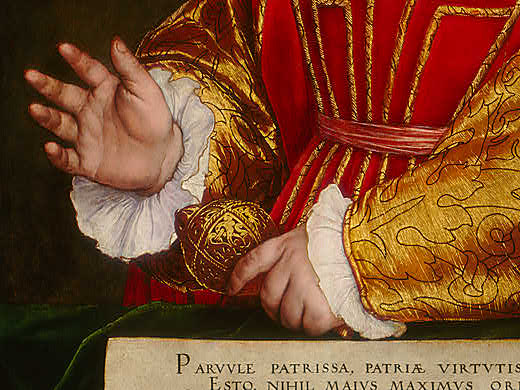 Hans Holbein (c.1497 – 1543) is a hero of mine. He’s German by birth, though we tend to think of him in the context of British art, because he produced his greatest hits in England, painting in the court of Henry VIII from c. 1536. In the service of the Tudor monarch, Holbein was in charge of an eclectic artistic output: pageant sets, festival decor, furniture and jewellery. Most prized and important though were the portraits he painted. 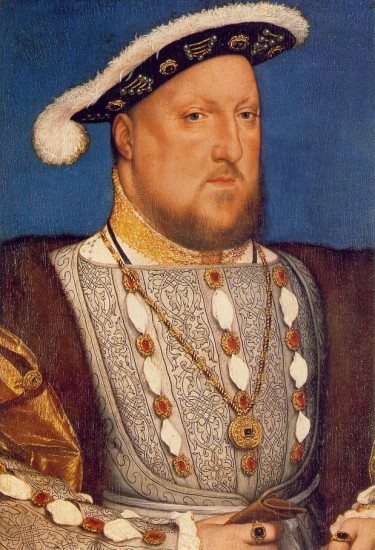 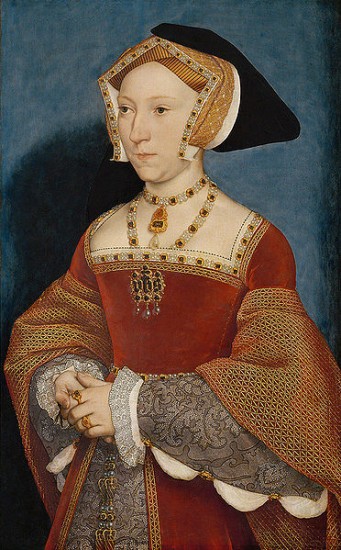 Holbein had already painted pa and ma and this picture of their offspring showcases his ability to steep any sitter in the appropriate character and qualities. Colors are bright and confident, fitting the feted fact of the birth of Henry’s longed-for heir. The detail is razor-sharp and oh-so-attentive to the riches and privilege of the little tot. The cheeks puff in that instant infant way and the mouth pouts in a recognizable rose-bud. 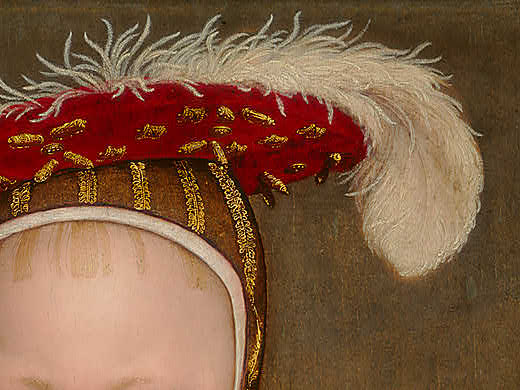 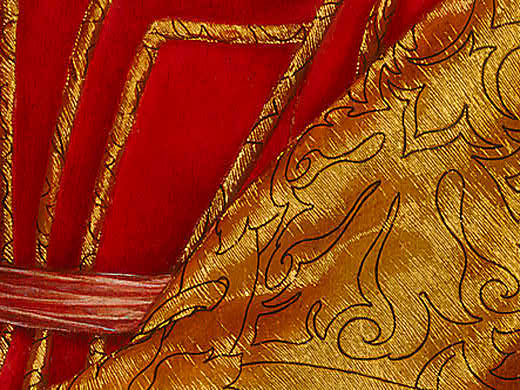 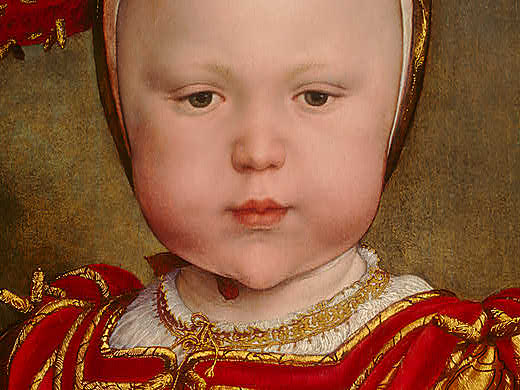 Pomp is pumped further by the frontal pose before a parapet (reserved in art for royalty or holy icons), and a long Latin verse pinned to it that flatters the father and his progeny. 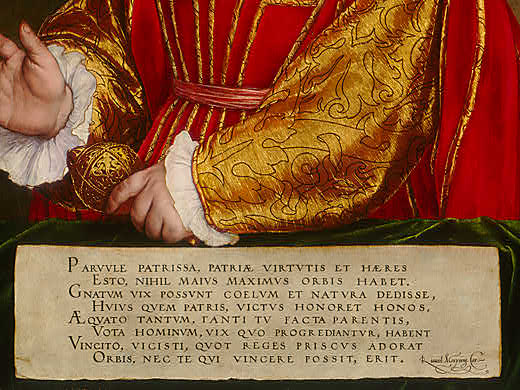 And yet, am I alone in seeing something sinister beneath the surface here? This might be the benefit of hindsight speaking (Edward was a sickly child who lead a challenging life, succeeding his father at 9 and dying aged only 15), but I do detect notes of sadness here. Even on this, his birthday. 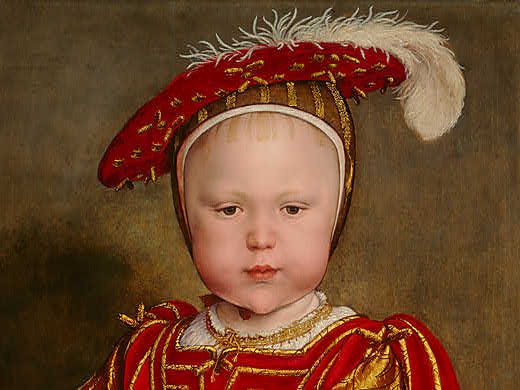 One thought on “Birthday Boy”