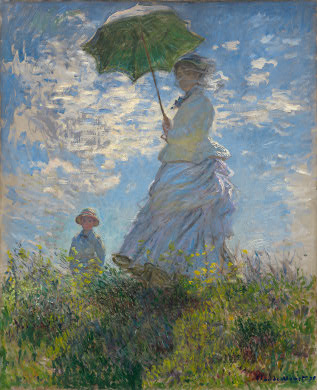 Umbrellas. Never liked them. If they aren’t poking you in the eye with fearsome spokes, they’re buckling under pressure or flipping inside out. If they’re not sagging between seams and proving penetrable, they’re shaking soggy wetness all over your tights and tootsies when you deflate. Too big, too small, too thick, too thin. For me it’s inevitable I take umbrage with an umbrella. Which is why I empathized entirely with Barack Obama when he got in a spot of brolly bother in August while visiting just-built homes in New Orleans, Louisiana. Down came the rain and up popped the presidential parapluie. 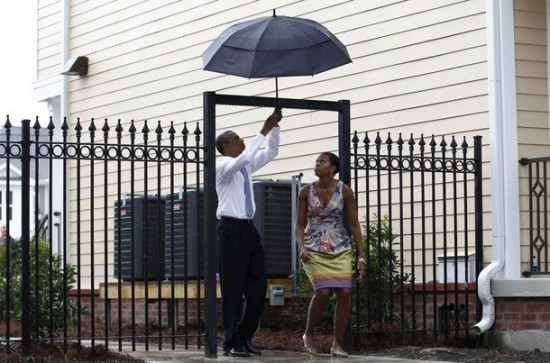 I admit it’s a pinch vexing that one of the world’s most powerful men can’t at this moment seem to make out how to handle the humble umbrella, opting to lift it up over the gate rather than a quick collapse and re-open on the other side. Michelle’s eye-roll radiates what we already knew: umbrellas take no prisoners… not even presidents. 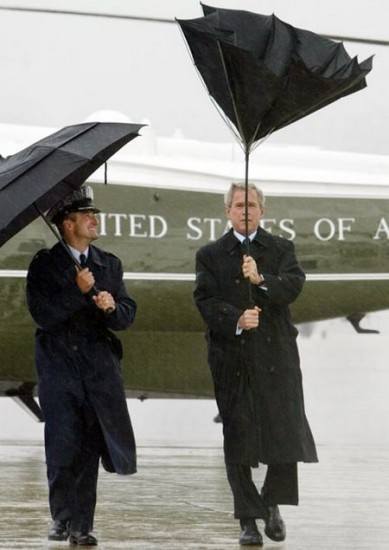 Now, she’s not holding an umbrella per se, but I have found a figure at the NGA who’s working this kind of accessory with enviable ease and breeze: this is Woman with a Parasol by Claude Monet (1840 – 1926). 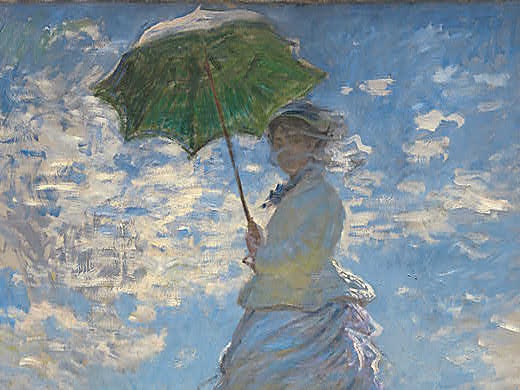 Monet of course is a man who needs little introduction: he’s the one whose career was most central to the Impressionist movement, never veering from its practices and principles until the end of his life. This work appeared in the second Impressionist exhibition in Paris (1876) and pastes out plainly all the vim and vigor that made the movement such a zingy antidote to stiff and un-stirring academic art. 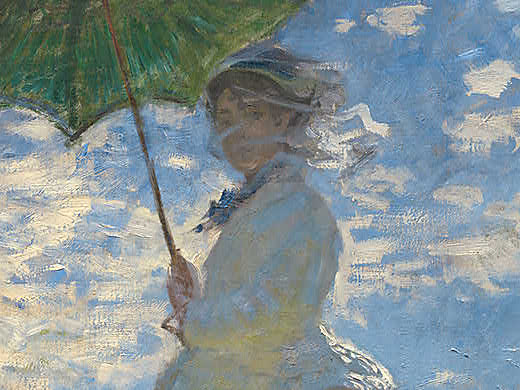 No time for detail or high finish here: the point about Impressionism was to paint sur-place, en plein-air, so this was done on-site in a single session of several hours. The casual composition (I count two loosely-laid diagonals), unexpected vantage point (small-animal eye-view, the disappearing boy) and the just-whipped-around pose of the woman all add to an energizing hit of spontaneity. 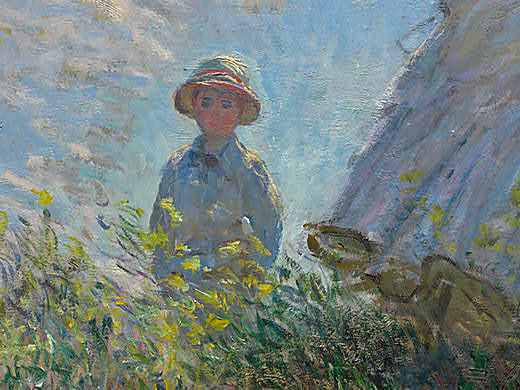 Add to that a barrage of broken brushwork that fills in figures and flowers with equal speed and a surface that ripples with reacting color, and you start to feel you’re there in the moment and maybe needing to pop open your own parasol pronto. For me the final piece in the puzzle of the fizz of this portrait is the fact that the woman is the artist’s wife Camille, and the little boy his son Jean. There’s a casual sense of coupledom that breathes bounce and believability into the scene. It’s the same thing in the Obama shot, brolly break-down or not: I suppose it’s what love looks like, come rain or shine.

One thought on “Right as Rain”