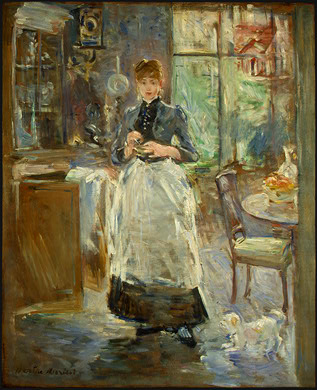 Girls aren’t made in the Betty Draper mould anymore: they don’t just give up careers on the cusp of marriage to raise kids and keep the home-fires burning. For years now the eclectic tasks of home haven’t been seen as the preserve of women alone. But after decades of bra-burning and an emphatic female surge away from the stove into slick and stressful jobs, it’s got to be good that girls are getting the option to step back from the feminist edge and into the kitchen, at least some of the time. 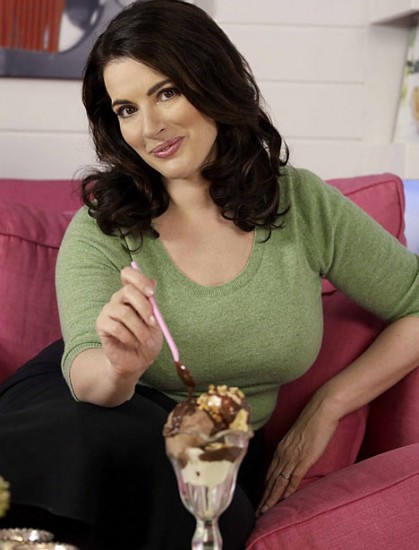 Nigella Lawson has long been trumpeting the true joys of the kitchen and generally makes being a domestic goddess look sexy, skilful and seriously pleasure-infused. And I’ve just read about a book that takes those ideas to a whole new level: How to Feed A Man is the first cookbook from Stasha Butterfly Palos (yes, real name). 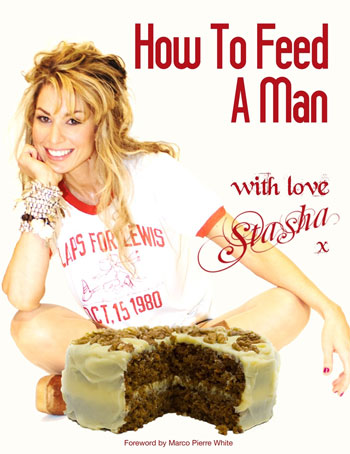 Now. I can already see tribes of exhausted housewives, working mums and well, normal women boycotting the book, based on the ballsy title alone: one supposes it’s aimed at the world’s wives and girlfriends, but then there’s Stasha with a cut carrot cake positioned provocatively between her legs. Though she says she doesn’t want to alienate women, this image alone has a damn good stab at it. But then beyond the cover, there might be some meaning: “What I’m saying is that you have to take control. It’s a very heady,  powerful, wonderful feeling when you feed people.” 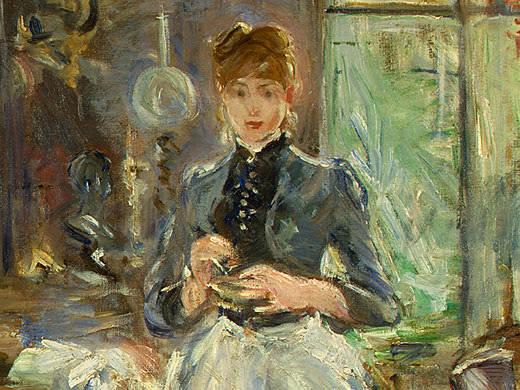 While we digest that, let’s step into this Dining Room (1886) by Berthe Morisot (1841 – 1895). I’m often drawn to Morisot at the gallery because she was a woman painter at a time when art was dominated by men, and because you can count on her to capture unspoken moments in the days and lives of women. 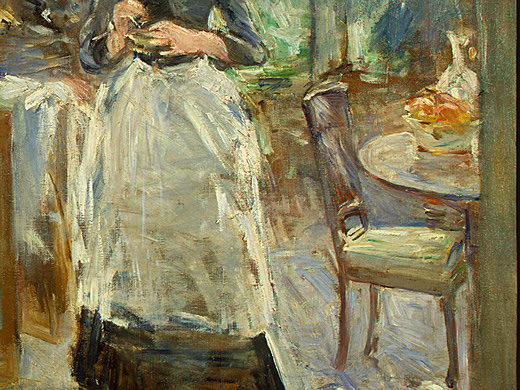 Take this scene for instance. There’s just something enchanting about the instant she’s picked and the way she pulls in the details of a dining room production: the subject is busy stirring a small pot in hand, dresser doors are open and slung-over with cloths, fruits are full in the bowl on the table, a small dog begs and bounces underfoot. 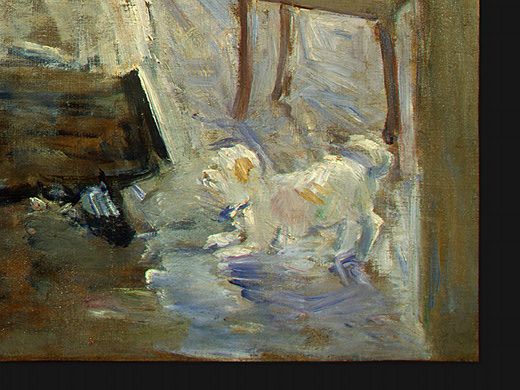 I find a feeling of jumbled joy in the way she sees the subject: Morisot was a mainstay of the Impressionist movement in the late 19th century: she participated in all but one of the group’s eight shows in Paris and often hosted meetings in her home. So her brush dances across with that typical Impressionist agility and ease, leaving a cosy, colored impression in its wake. 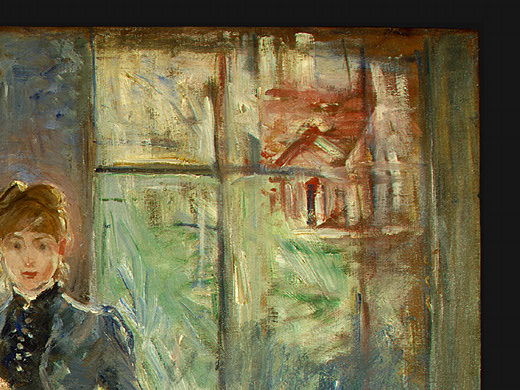 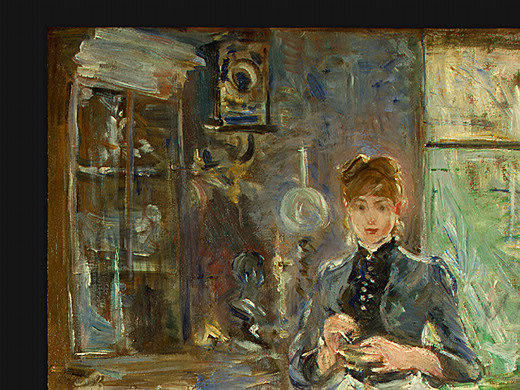 Oddly, what I love most about Morisot is that she’s very good at validating and celebrating what are now no longer the traditional roles of women. 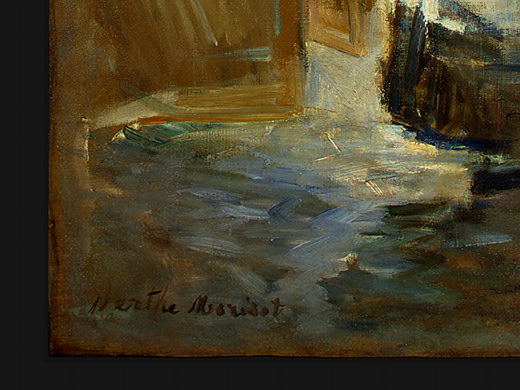