Since moving to America, I’d say I’ve definitely had my fair share of steely stares and tell-tale “tsks” – mostly at moments of monetary transaction. You see, for a (still) student-loan beleaguered teacher-type like me, more than a ten percent tip has taken some serious getting used to. First I swung one way: determined to fly my British financial flag in the face of what I saw as too-big tipping, I stuck to my 10% tendencies. That was the stares and tsks time: not sustainable. So next I went to the other extreme, whispering with a London pal whether we should tip the barista for a mocha or the barman for a G&T. For a couple of weeks there my wallet barely saw the insides of my handbag. 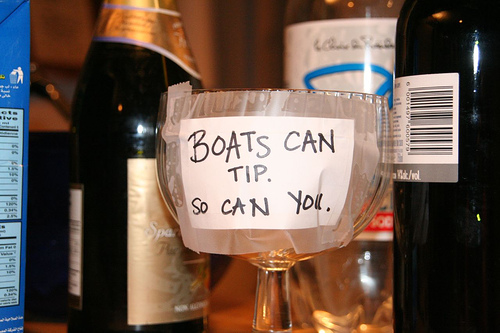 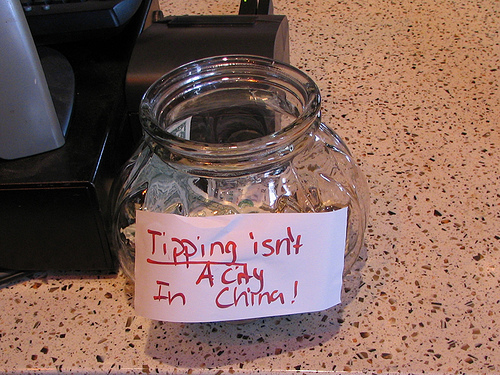 But I’m sticking to a more generous tipping scale, if only because I’ve seen this painting in the NGA, and miserly is not what I wish to be. In fact it’s not what I wish my worst enemy to be, if this grotesque and horrifying work is in any way to be trusted. Death and the Miser is by Hieronymus Bosch (c. 1450 – 1516) a Netherlandish painter whose work was popular and influential during the 16th century but then long forgotten. But since his rediscovery at the start of the 20th century, Bosch has both engrossed and grossed-out viewers with his compellingly strange, fantastical character.

A work like Death and the Miser (c. 1485/90) is infused with all the fear of hell that haunted the medieval mind. We’re here to witness the dying moments in the life of a miser. It’s crunch time clearly: an angel asks him to spot a crucifix in the window, while a gremlin has pitched up with a final-offer bag of (bad) gold. Skeletal death, with lancing arrow, has just entered stage left. 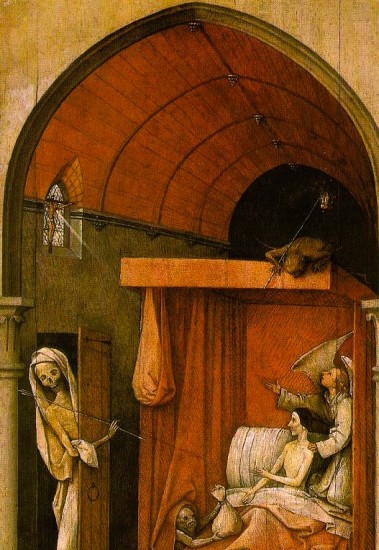 The rest of the painting is pierced through with similar split-personality scenarios: there’s demon looking down from the bed canopy whose lantern (burning with the fires of hell) challenges a beam from the cross on an opposing diagonal. A man in the center of the painting (who might be our miser in younger years) stashes cash in a bag while grabbing onto a rosary. It is said about Bosch that while others paint man as he appears on the outside, he alone had the audacity to paint him as he is on the inside, however ugly and twisted that is. 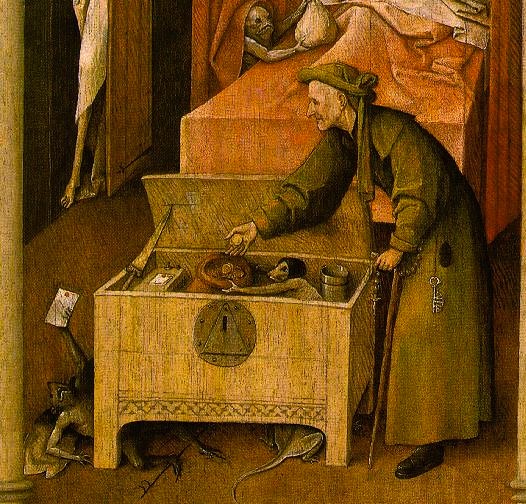 Relatively little is known about Bosch, which has at times lead to the tantalizing idea that he dabbled in witchcraft and heresy. But contemporary evidence suggests he was a devout Christian and a respected, successful citizen. Who no doubt tipped generously, at all times.