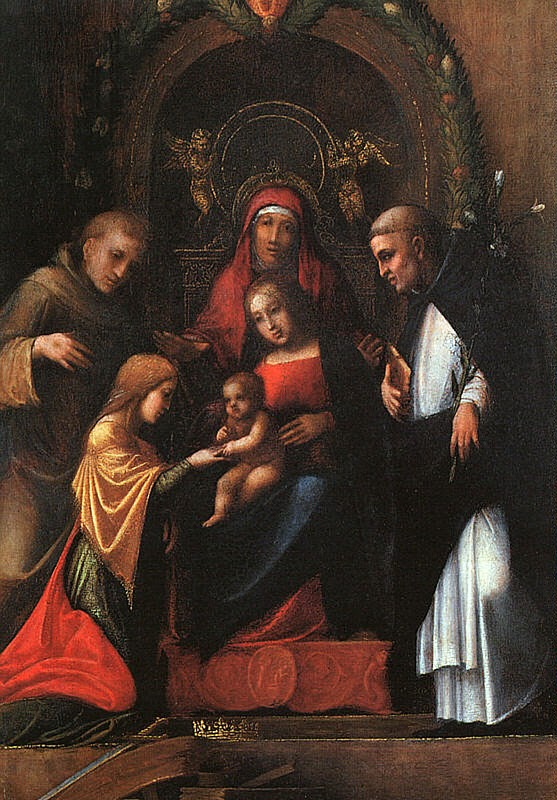 Since getting engaged and hitched to Husband I’ve grown another sense I swear, a sort of ESP that’s pointed principally onto my rings. You see, it just wouldn’t do to lose these two. An ideal scenario would be to never let them leave my finger, but some tasks (kneading dough, being knee-deep in dirt) just need to happen jewelry-free. Since I experience extra-ring-awareness, I was stunned by a recent heist in Italy, in which two bilingual and elegantly attired men managed to make off with Cartier’s most expensive ring. Without pulling a weapon or raising alarm, the pair padded off with a $700,000 diamond-encrusted whopper last week in Rome. They simply distracted the saleswoman, pocketed the piece and melted into the masses on Via Condotti. 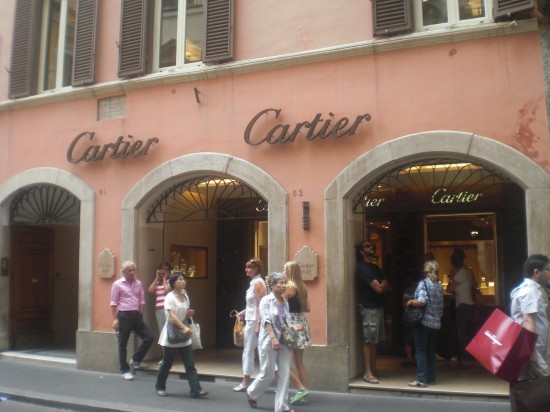 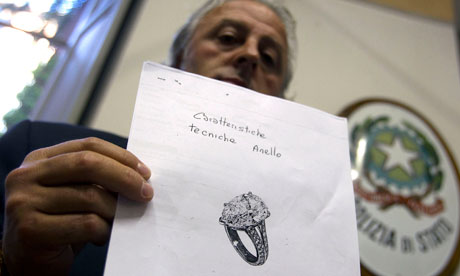 They’d said to the assistant that they needed a special gift for an important wedding and indeed it must be the most mystical and magical matrimonial arrangement, to need a near-million dollar ring. It has reminded me of this Mystic Marriage of Saint Catherine (1510) by the (appropriately) Italian painter Correggio (1489 – 1534).

Catherine had been born into a noble family in Alexandria but point-blank refused to marry the emperor Maxentius because of her earlier “mystic marriage” to Christ. Maxentius ordered 50 Alexandrian philosophers to disclaim her faith, but she effectively eliminated all their arguments. The emperor had the philosophers burnt alive and commanded Catherine to be broken on a spiked wheel. The wheel miraculously fell to pieces, and finally she had to be beheaded.

Legend has it that Catherine had a vision as a young woman, in which Christ put a gold ring on her finger. Another version says that when she was praying to a small icon of the Virgin with Child, he turned his head and placed a ring on her finger. Correggio’s painting presents that odd moment of a babe-in-arms slipping a ring on a grown woman’s finger. Catherine’s attributes of sword and split wheel are seen at her knees and the Dominican monk to the right holds white lilies to emblematize her purity.

Correggio worked for the most part in and around Parma, but was aware of innovations in Florence, Rome and Venice. His earlier works show a hard-edged quality but this sees him using skillful sfumato effects, the subtle gradations of tone and color for which Leonardo da Vinci was well-known. Indeed Correggio’s touched-on colors and blotting brush send the whole image into a hazed soft-focus. Which is all very delicate and extra enchanting, but it does mean we’re missing the clarity to actually cop a clear look at that ring. 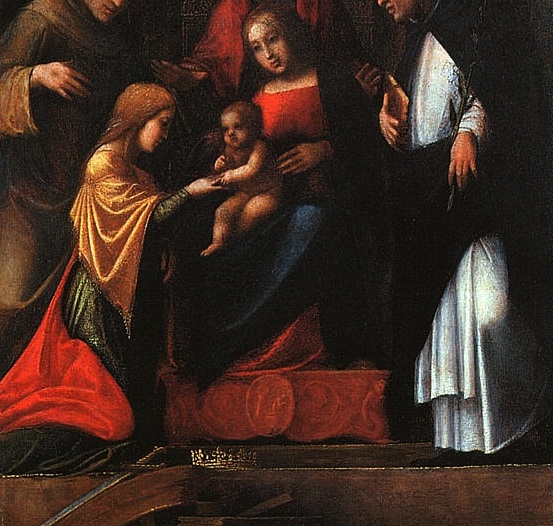 2 thoughts on “Ring Out”