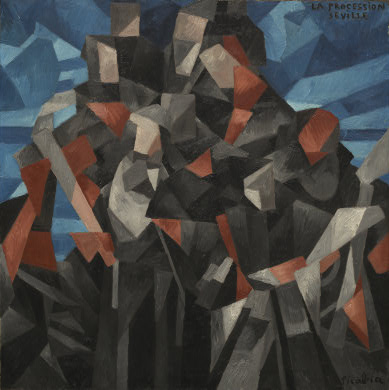 If you go down to the Mall today, you’re in for a big surprise… in the form of a couple of Comedy Central comedians hosting a huge a-political and-yet-political event. Jon Stewart’s Rally to Restore Sanity and Stephen Colbert’s March to Keep Fear Alive are happening as we speak. 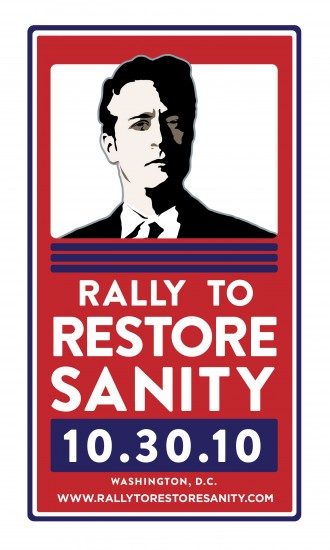 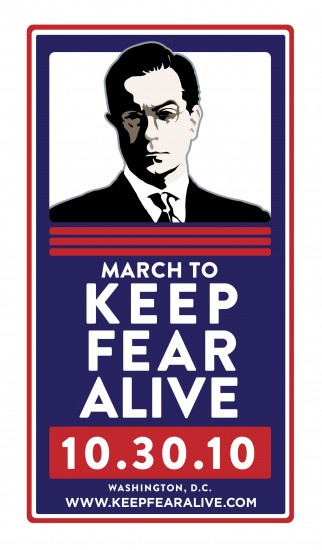 Says Stewart on his site: “We’re looking for the people who think shouting is annoying, counterproductive, and terrible for your throat; who feel that the loudest voices shouldn’t be the only ones that get heard; and who believe that the only time it’s appropriate to draw a Hitler mustache on someone is when that person is actually Hitler. Or Charlie Chaplin in certain roles… If we had to sum up the political view of our participants in a single sentence… we couldn’t. That’s sort of the point. Think of our event as Woodstock, but with the nudity and drugs replaced by respectful disagreement.” Over on his site Stephen Colbert has encouraged people to “pack an overnight bag with five extra sets of underwear – you’re going to need them. Because, to Restore Truthiness we must always… Shh!!! What’s that sound?! I think there’s someone behind you!”

Tongues are of course lodged deep in-cheek but therein lies the brilliance of this event: it’s taking the piss while providing a platform for mainstream and reasoned political debate. Our picture today drums up some of the massed excitement I imagine is unfolding on the Mall right now (it’s all being broadcast live on Comedy Central, and streamed uncensored online). It’s called The Procession, Seville (1912), by an artist called Francis Picabia (1879 – 1953). 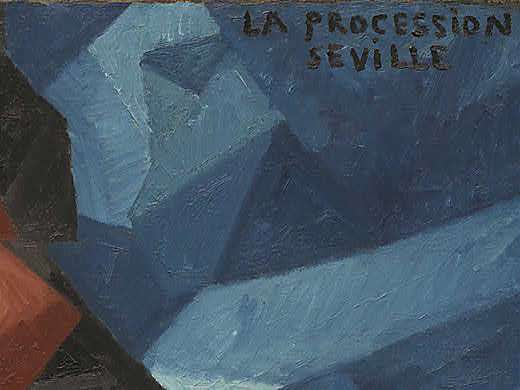 Frenchman Picabia trained from a young age and by his 20s had secured a gallery contract. An experimental type, he tried his hand at many styles (Impressionism, Fauvism, etc.) and this work sees him still-searching for a signature look, dabbling doubly in Cubism and Futurism. Picabia is punchy, to say the least: no other artist attempted to synchronize these two modern art styles. 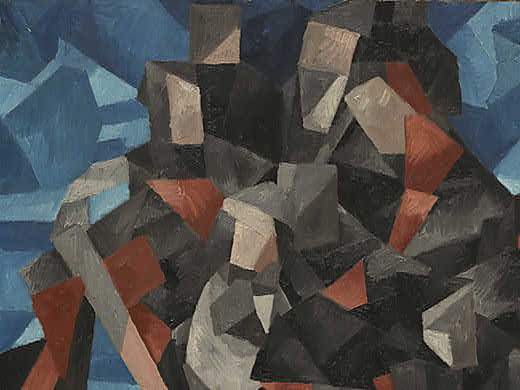 The subject here is something he saw on honeymoon in Spain in 1909: it’s a hillside religious procession, with nuns in black habits and white headgear. The prismatic planes, the shallow space and those edgy contrasts of light and dark are all elements that trace this as an analytic Cubist piece, not unlike something that Picasso or Braque might make. Then the mirage of bodies brought forth in shards and slivers is something Picabia picked up from Italian Futurists like Severini and Boccioni, both in Paris around 1912. 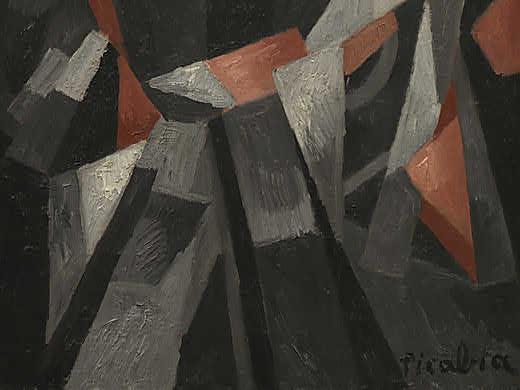 I’d say the risk he took here was pretty-well worth it: with a dash of cut-up Cubism and twist of fresh Futurism, Picabia produces a mosh-pit-like mass of unadulterated human force.