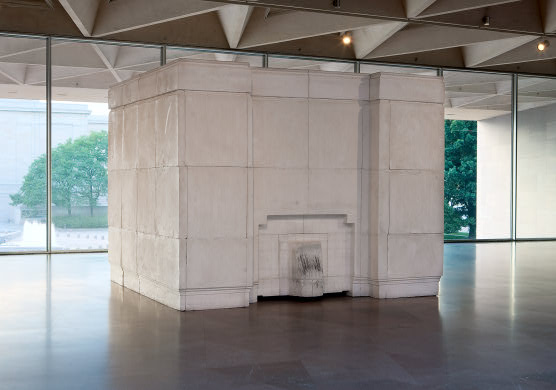 If you thought you were home and dry after harassment by ghouls, gremlins and hobgoblins on Halloween, then think again. Because November 2 is by tradition the Day of All Souls, on which (it has been believed), the unhappy souls of the dead return to their former homes. In the past, people were so superstitious about unsolicited, unsavoury visits to their houses on All Souls, they’d keep the kitchen warm and leave food on the table to appease passing spirits and specters.

It’s souls in a home we’re visiting today in the eery form of Ghost (1990) by Rachel Whiteread (born 1963). Whiteread was a YBA: she studied at the Slade School of Fine Art and started working in the 1980s. Mostly she makes casts, not of objects themselves, but of the space in or around them: the underneath of chairs and tables, behind bookshelves, within rooms. 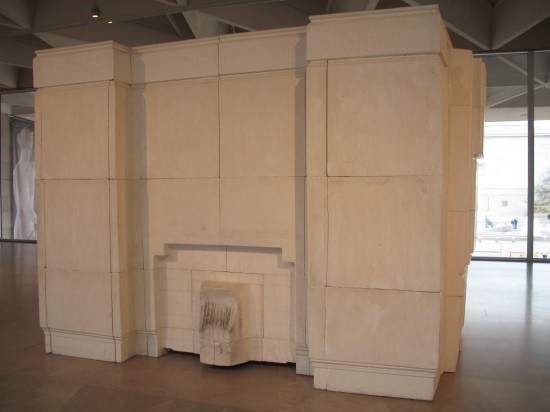 The NGA has what is undoubtedly her breakthrough piece: Ghost was the first of her works to cast an entire living space. It’s a negative plaster cast of a parlor in an abandoned Victorian town house on a street in North London. Ghost got Whiteread attention from the public and critics and is still to this day her best-known work.

So how did she do this, on unprecedented scale? First she stripped the room to its architectural bones, before gridding each wall into castable chunks. It took 3 months to cover the walls with multiple moulds, cast and peel away the plaster and rearrange everything on a steel frame. 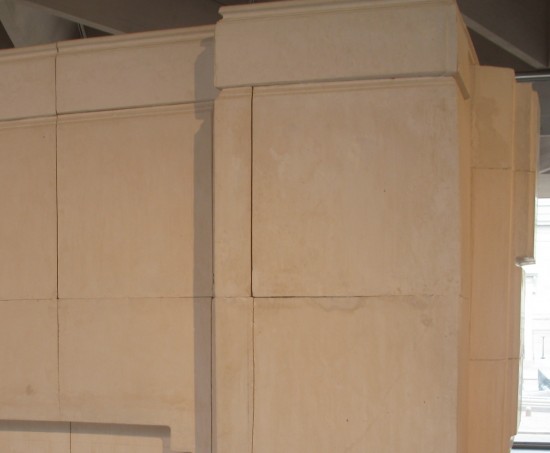 With the practicalities of the process in place we can gauge Ghost a little better. At the heart of the work’s genius lies the brain-straining phenomenon that we are both inside and outside of the room at the same time. It’s also compelling that on an initially plain-looking form are etched all sorts of infinitesimal details that demarcate the passage of time and the existence of people. There’s an imprint of a light switch, lines of tiles around the fire, blackened sootiness in the hearth. All in, these curious castings of human life remind that this work makes rigor mortis of a place once inhabited by living souls. 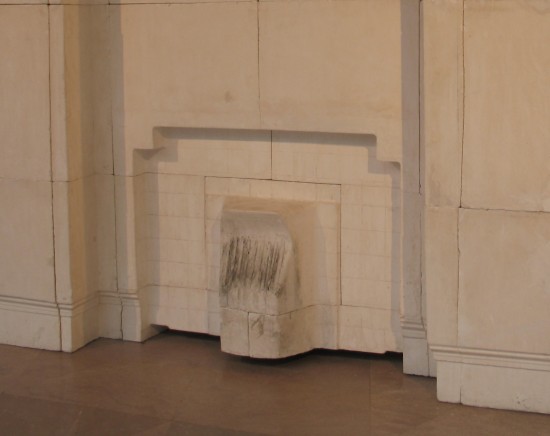 I find it hard not to associate Ghost with death and loss. It probably has to do with the milky pallor of the plaster itself and the tomblike tension of the work’s straight sides. I suppose you’d call it a memorial to lived time, a mummified memory of a place where lives were spent. For me, it’s absence materialised, a soul made solid.