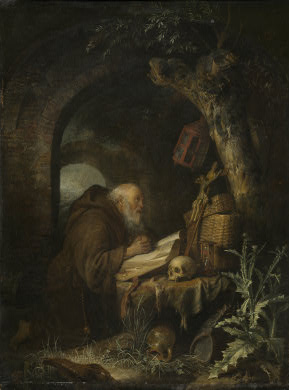 Not long ago we looked at St. Martin of Tours, who as a young man in the city of Amiens found a poor beggar huddled beneath an archway. The man was nearly naked, shivering with cold, and had received no alms to assist him. On seeing him, Martin took his own cape from his shoulders, tore it in two and covered the poor man to warm him. Martin’s gesture of generosity is earmarked each year on this night especially in France: Martinmas is marked by carrying lanterns through darkened homes, honouring the bringing warmth and light to those who were previously without it. 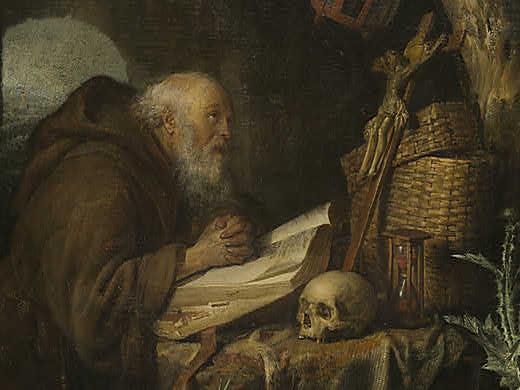 Martin is forever fixed in a haloed firmament as the patron saint of beggars, drunkards and outcasts… and if ever there was an outcast more in need of some saintly salvation at the NGA, I haven’t found him. This hermit has long had a place in my heart: just something about his chubby little body and sweet, Santa-like face. Obviously there are no legitimate Santa links and this is in fact an image loaded with symbolic significance. Of which more later. 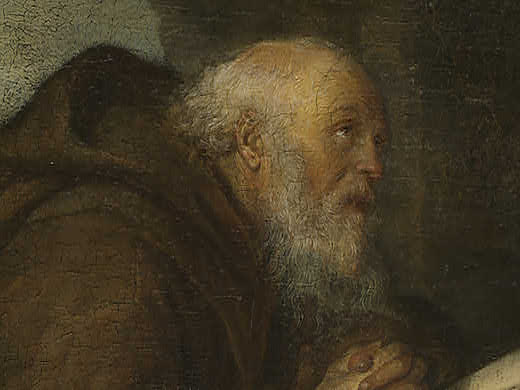 Our painter here is a good one: Gerrit Dou (1613 – 1675) was born and bred in Leiden, the Netherlands, like me. He founded the fijnschilders (fine painters) of Leiden, a collective that continued until the 19th century. He was also Rembrandt’s first pupil, and certainly here we have shades of that master’s masterful ability with contrasts of light and shade. 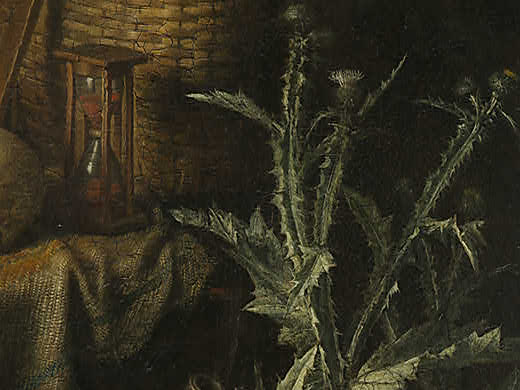 But Dou didn’t just ‘do’ Rembrandt emulation, rather, he developed his own style and furrowed a niche painting small-scale, meticulously detailed pictures using a highly polished and smooth technique. The Hermit (1670) is just such a picture, a delight to unpick with patient eyes. Dou was a slow and fastidious worker (he is said to have waited for the dust to settle in his studio before he began) and as a result his surfaces are so smooth that the brushwork is imperceptible. 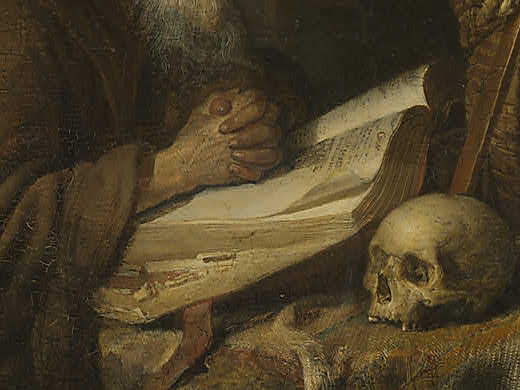 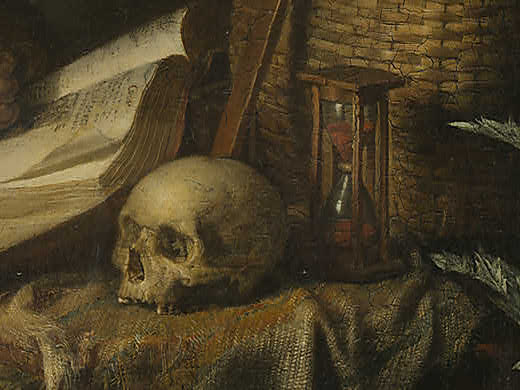 His interest in detail is written all over the varied plant life and the rich assortment of objects around the man: skull, hourglass, crucifix and bible are rendered with acute attention and skill. Dou often sets his figures under a stone arch as here, with the result that the objects seem to slide right towards us from beneath it, emphasizing the illusionism of the technique. And of course, as well as being expertly executed, all these objects are emblems that carry iconographic meanings. And it’s the sight of that red lantern latched onto the tree that makes me happy: at least our hermit has the marvelous Martin looking out for him. 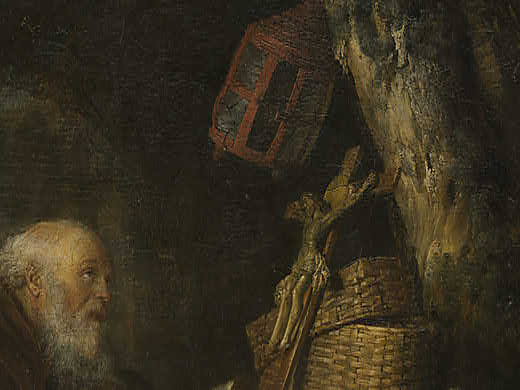