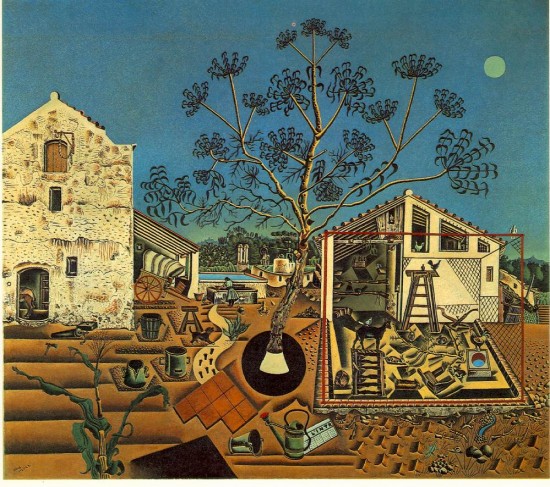 Up until recently, Yeo Valley Organic was probably the preserve of virtuous mums and the more discerning dairy foodie. Fast forward a couple of weeks and the UK farming and dairy company (based in the village of Blagdon in the Yeo Valley in Somerset) is all anyone can talk about. And all it took was some sexy young farmers, a rollicking rap and an owl with a very flexible neck.

Their yoghurts, milks, butters, creams and cheese are yum, but that’s not all that’s tasty about Yeo: at the heart of the Valley is a commitment to supporting sustainable British farming and the conviction that, look after the land and animals and they’ll look after you right back. So it’s with that message very much in mind that I’m taking you down to another magical farm today. The Farm is by Joan Miró, the Spanish artist best-known for his large, colorful and witty paintings developed from doodles. In 1920 Miró (1893 – 1983) moved from Barcelona to Paris, keen to insert himself in the artistic hot spot that was the French capital. There he met Picasso and the Surrealist André Masson, who must be the base-point for the automatic drawing that Miró settled on as the foundation for his signature style. 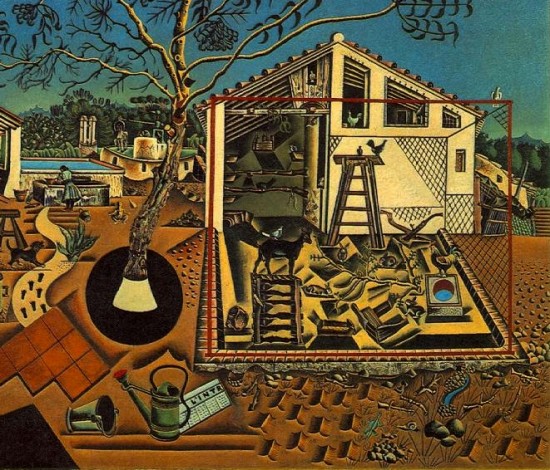 Spontaneous, sinuous and oddity-addled paintings are what we imagine when we think of Miró. But this work, from 1921 – 1922 is of another order entirely. Deeply attached to his native Catalonian culture, Miró soon settled into the habit of spending his winters in Paris and his summers at the family farm near Barcelona. In 1921 he determined to make a painting of the place: The Farm became that painting, one Miró regarded as rudimentary in his artistic career. 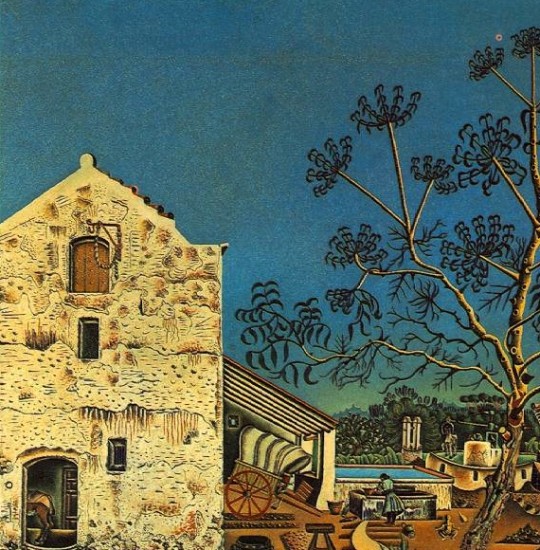 To me this looks like one of those fastidious and fascinating illustrations you find in a good children’s book. He’s working with a particular style here, a kind of primitive and folksy realism that’s underpinned by the split-up, splintered shapes of Cubism. The details are delightfully rendered: there are animal rumps in the weed-riddled building to the left, a wine-press being wielded by figures in the distance, a coterie of critters in a caged hutch to the right and a stream/ snail/ salamander combination in the right foreground. 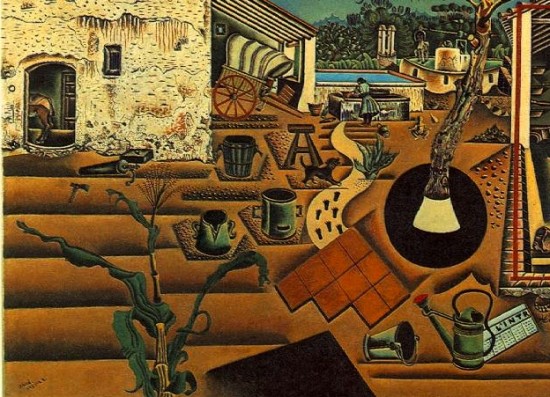 But this is an off-kilter realism, made strange by Miró’s tendency to whittle his shapes into schematic, geometric forms (squares, rectangles, cylinders and circles abound). Also odd is the ground, which rises up to tilt towards us, as opposed to settling into a flattened perspective. So The Farm finishes up looking like a highly personal take on a favorite place. And all the more ravishingly real for it.