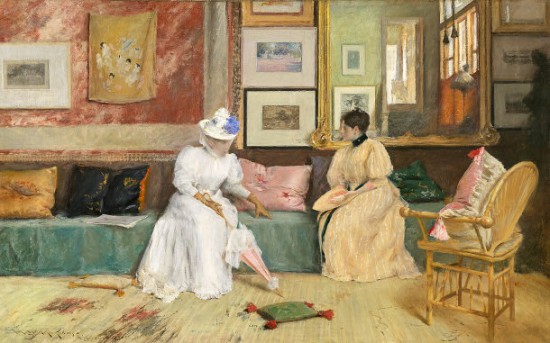 It’s time to bust out the bunting, Britain: William has popped that all important question! In fact, he and Kate got engaged in Kenya last month in a move that ended a marathon 8-year courtship. Prime Minister David Cameron was among the first to congratulate them, stepping outside No. 10 to state that William is “extremely excited” and “thrilled.” 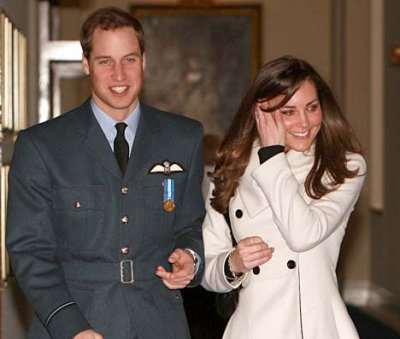 The pair are set to marry next spring or summer in what will be the biggest royal event in decades. And I can only imagine that these imminent nuptials will – mark my words – give momentum to months and months of speculation amongst (especially) women about all manner of things. Let’s see… there’s the dress (designer? shape? style?), hair, bridesmaids (who, what-wearing?), flowers (colors? character?) food, cake, carriage, ceremony. This event will be plundered and picked apart by all the lovely ladies who’ve long been in-waiting for this most make-believe of matrimonies. 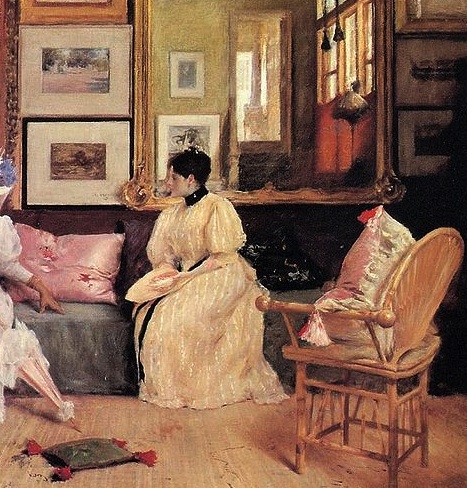 So in the spirit of a good girly gossip we’re going with William Merrit Chase, who in his painting A Friendly Call (1895) nails that cosy and excited feel of a convivial chin-wag. Chase was used to sitting in on and whipping up this sort of sublimely genteel snap-shot of high and polite society in the 1890s and in this instance is set in his large summer house in Long Island. His wife Alice is at the right with her visitor on the left.

Chase (1849 – 1916) was a versatile American painter and teacher, trained at the Royal Academy in Munich from 1872 – 1877. After several months spent in Venice he returned to New York in 1878 and two years later became president of the Society of American Artists. He’s dabbling in and delivering up an American brand of Impressionism here. For a start there’s the choice of an everyday subject, making this feel fresh and fun. Then there’s the brushwork, dashing and darting across the canvas: some areas show real speed and ease in application. Light too is Impressionist in the impression he creates of a sudden swell of clarity coming into the room from outside. 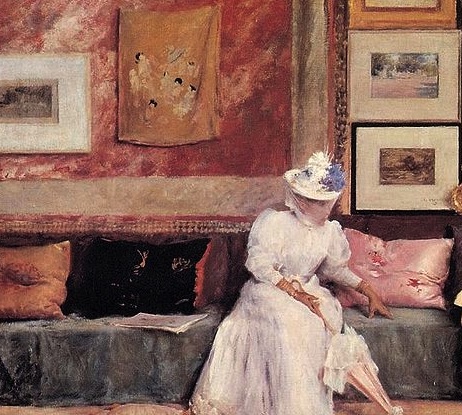 But that’s where the similarities stop: the composition is carefully composed – much more so than a Monet would be – to exploit interesting visual play. Here his shapes do a lot of talking: rectangles on the walls and in the forms of the floor, sofa and soft furnishings contrast with the softly sinuous curves of the women and wicker. But despite his cleverly controlled composition, Chase loses none of his instantaneity: the master-stroke is with the lady on the left, who’s so rushed to rattle into her tattle that she’s yet to remove her hat and gloves. 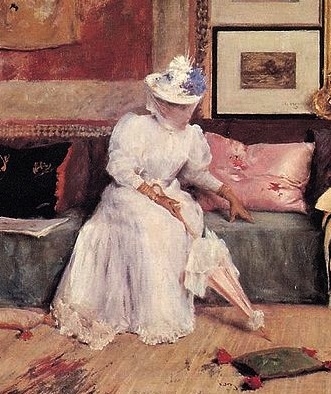