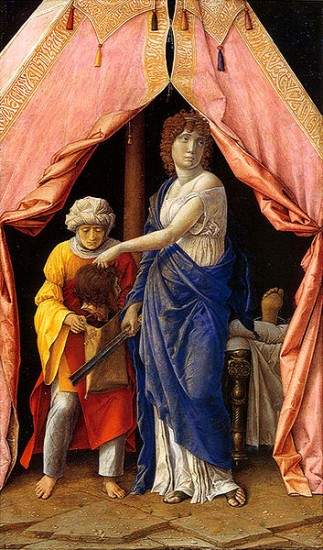 She may look like butter wouldn’t melt in her mouth, but pretty little popstrel Taylor Swift is certainly not afraid to take on the big boys. Long since known for recording and crooning about her love life in her sweet-as-peaches pop songs, her latest album is offering another helping of thinly-veiled vindictive venting:

Well maybe it’s me and my blind optimism to blame

And I’ll look back and regret how I ignored when they said “run as fast as you can.”

Says Swift of the new release Speak Now “It says everything I’ve wanted to say for the last two years.” And how. It’s been reported that three of the songs are about three of her exes: John Mayer, Joe Jonas and Taylor Lautner. Says the star: “There’s going to be a lot of speculation.” 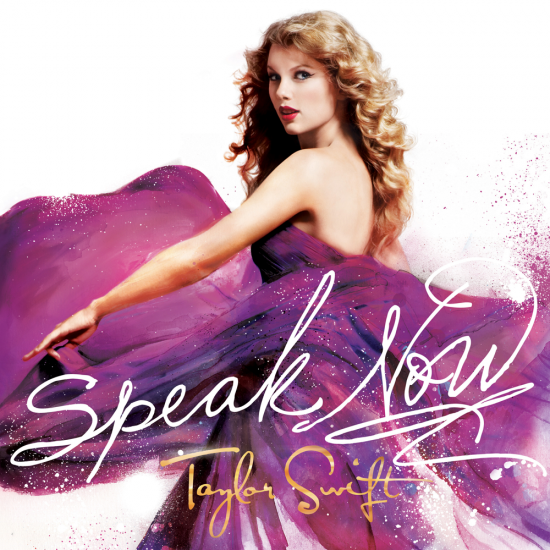 Tiny Taylor taking on the big bad men that have been mean to her reminds me of the tale of Judith and Holofernes, a hit subject in the Renaissance symbolizing intolerance of tyranny and a just cause triumphing over evil. 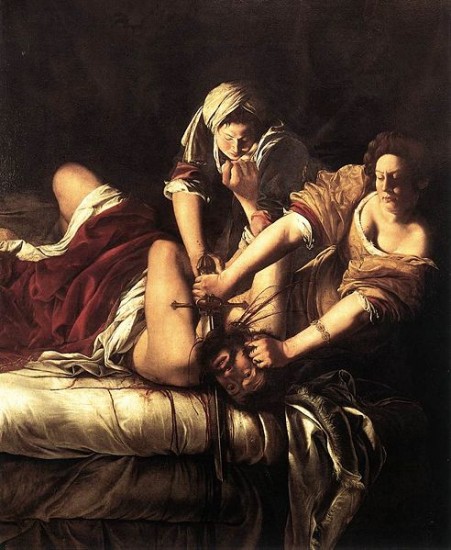 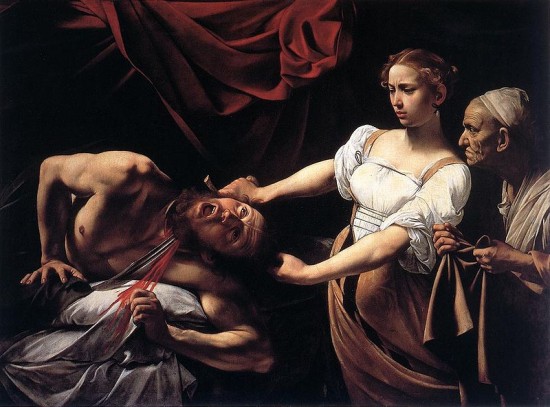 According to the Old Testament Apocrypha (that is, sacred texts excluded from the Bible) the beautiful Israelite Judith saved her people by seducing and killing Holofernes, the Assyrian general. She did it by infiltrating enemy lines, getting him drunk, seizing his sword and decapitating him. “Approaching to his bed, she took hold of the hair of his head, and said, Strengthen me, O Lord God of Israel, this day! And she smote twice upon his neck with all her might, and she took away his head from him.”

It’s a grisly and meaty scene to say the least and this Mantegna take on it (called Judith with the Head of Holofernes c. 1500) offers it up good and juicy on a place. Andrea Mantegna (c. 1431 – 1506) was the leading artist of his time in northern Italy, with an idiosyncratic style that reflects the salient interests of the Renaissance. On the one hand there’s his interest in perspective and foreshortening: the way he’s painted the fat foot of Holofernes on the bed, totally truncated and done in three convincing dimensions adds to the impact of the scene. On the other hand, there’s Mantegna’s ardent study of ancient art: take Judith’s appearance, totally statue-like, with the way the drapery falls and her contrapposto pose recalling classical statuary. In fact she has a glass and chill in the aftermath of her deed that’s the cool-as-a cucumber Swift all over.