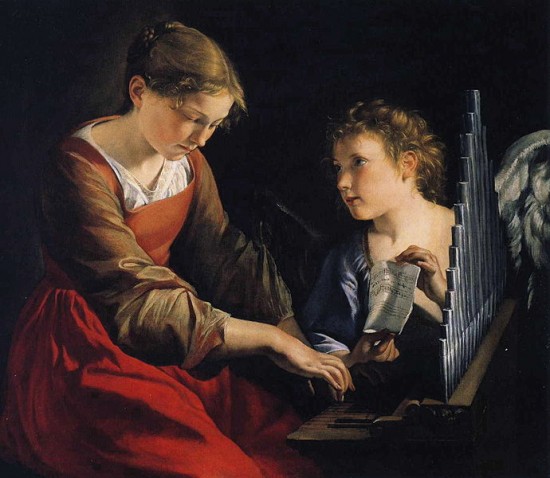 There was a girl at senior school even geekier than me. While I made the social-suicide decision of citing Meatloaf as a favourite pop artist in French conversation class, Geek Girl listed Mozart, Mendelssohn and Mahler as her top three. Bear in mind that these were the days when ‘cool’ was a consensus with most-limited parameters: classical was not ‘cool’ and neither was Meatloaf. But while I squirmed and suffered for my music, Geek Girl did not.

You see, she played the harp exceptionally well. We’d see her schlep this mountainous instrument across the quad, utterly dwarfed by it’s angular dimensions. When Geek Girl played (which she often did, at school assemblies, concerts and fund-raising benefits) she just shone beside those tight-strung strings and the sounds she made were nothing short of magical. This music made her beyond reproach and got her a get-out-of-geek-free card. She was never cool but always admired, which made me wonder at music’s awesome ability to level a playing field. So the sound of music is the subject of our sublime painting today. 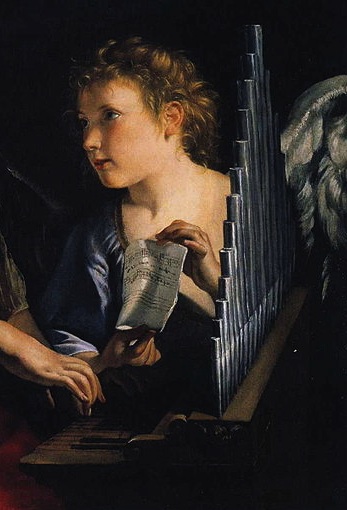 Saint Cecilia and an Angel (c. 1618 and c. 1628) comes to us on Cecilia’s feast day, not from one but two Italian artists, Orazio Gentileschi (1563 – 1639) and Giovanni Lanfranco (1582 – 1647). This charming girl, all quiet concentration and perfect poise, is a patron saint of musicians and music. Her story goes that as she was dying she sang in heart and mind to God, and it’s also said that as musicians played at her wedding she sang out to the Lord. 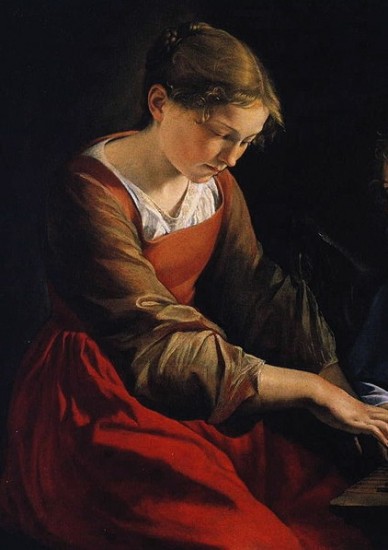 It’s unclear to me if the painters worked in tandem (doubtful), or whether there was a handing-over at some point. But whether it’s one or the other, simultaneous or separate becomes rapidly irrelevant in the enchanting and pious presence of this painting. What’s clear is a favourite Gentileschi format of a couple caught before a darkened  background and close to the picture plane. The composition is straight-forward, falling into an easy V through the figures, helping us find fast focus on the hands and faces. The lighting is exceptional, delivering delicate shadow through its simmered-down shine. In fact, since we’re looking at lighting let’s bring in Lanfranco, who must be behind the buttery-soft glow that illuminates the scene. Lanfranco likes to create the lit-up-from-the-inside effect that he’s bringing into full force here. And it works. I mean, have you ever been more mesmerized by a quiet musician? 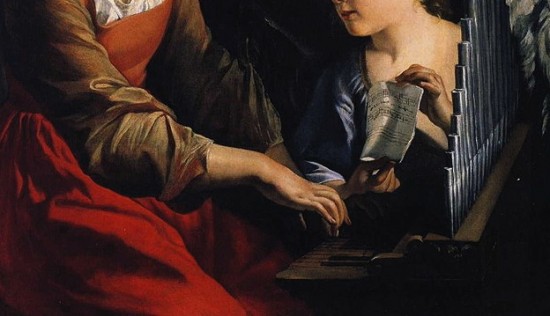