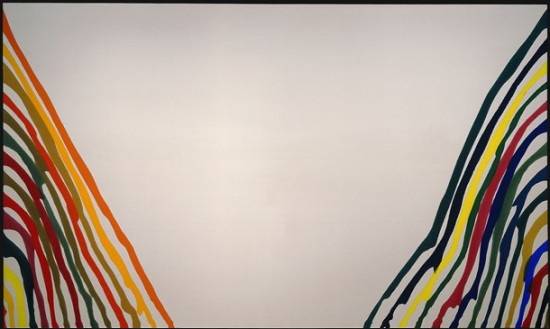 Having just returned from a week of wonderful wandering on the West Coast where we ate out a lot, I’m in the mood to write about art and food. You see, when dining out, what appears on the walls around you is just as important as what appears on the plate in front of you. Don’t you think? There’s a cheap and cheerful Greek joint in DC where for a few dollars you’ve got yourself a hero sandwich and a vat of Diet Coke. What I enjoy just as much as the food there is the almost-authentic atmosphere conjured by a clatter of picture frames filled with images of Greece across every inch of wall. Yes, there are plastic plants and yes, the music is a little insistent, but I swear: squint just a little and all that white stucco architecture and deep blue sea sits deliciously with a pita and lifts you out of even the longest, most tiring DC day.

At the other end of the scale is the Brit restaurateur Mark Hix, who’s long been in the habit of hanging high art around the eaters in his numerous London establishments. Inspired by Lionel Poilane’s bakery in Paris (where the owners have historically accepted works in lieu of cash when poor artists couldn’t afford to pay their monthly bread bills), he’s known for dishing out dinners in return for some serious interior decoration. 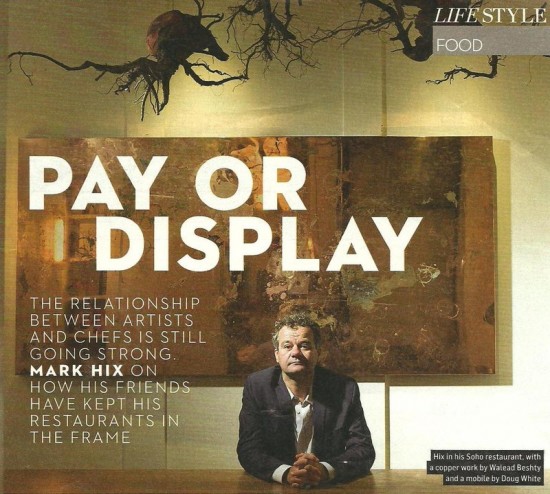 This has got me thinking about which work I’d choose from the NGA collections to hang in a dining room, given the choice. And after dalliance with 17th century Dutch still-life scenes, I did an about-turn and landed on Morris Louis (1912 – 1962). Because he’s the man behind this beguilingly drippy painting, Beta Kappa (1961). On either side, loosely parallel lines in inviting colors dive down and burrow towards the base of the canvas. It’s clean and sparse, yet messy and busy. 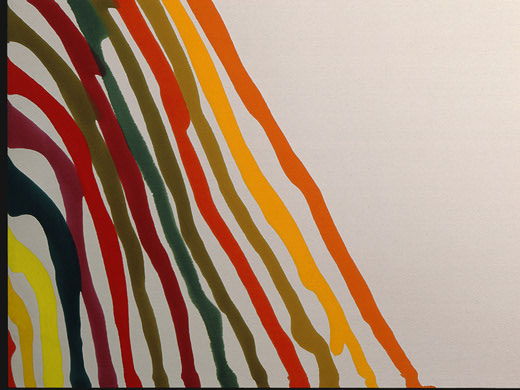 For the longest time, Louis was looking for his hit formula in art. After modest (at best) success as a Cubist painter, he changed his direction aged 40, adopting a new “soak stain” technique. After that there was no stopping him. As a member of the Washington Color School, his focus was forever fixed on color, it’s application and projection. In the last ten years of his life his paintings are parted into three distinct series: Veils, Stripes and Unfurleds and Beta Kappa belongs to that final category. I think it’s magic all over: not loud and yet far from invisible and it totally alters the space it’s in. Perfect for with my steak and frites. 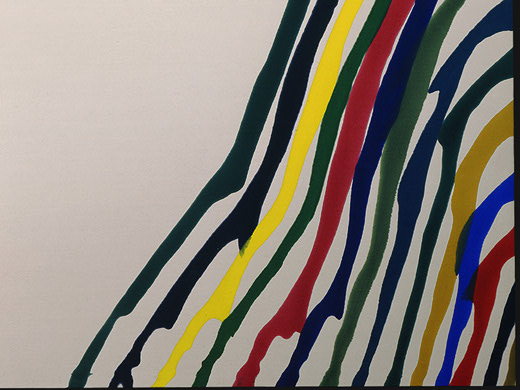