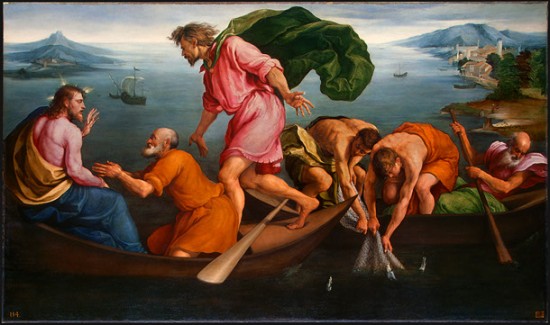 I’m attached to the saint we’re talking about today: St Andrew is the patron saint of Scotland and gave his name to that fantastic place in Fife (legend says that relics were conveyed there from Constantinople in the 10th century). Andrew was a brother of Saint Peter, and like him a disciple of Christ. Andrew’s attribute is an X-shaped cross, following the method of his martyrdom: he requested not to die on a Latin cross, deeming himself unworthy to be crucified in the same way as Jesus. St Andrew’s Cross is still on the national flag of Scotland. 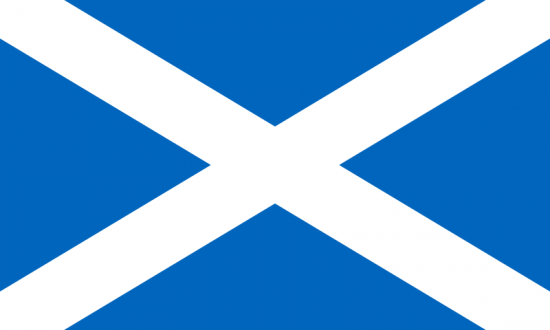 Our painting today arranges Andrew center stage: The Miraculous Draught of Fishes (1545) shows him with arching cape and outstretched arms. Like his brother Peter, Andrew was a fisherman, living and working by the Sea of Galilee. This painting freeze-frames the famous moment when Christ calls both brothers to his ministry with the words “From now on, you will be fishers of men.” 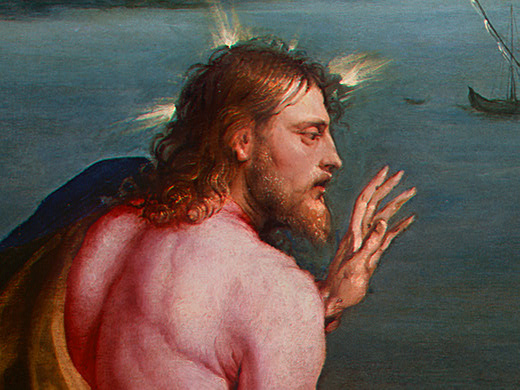 This large and luscious painting is by the Venetian artist, Jacopo Bassano. It was “discovered” in the 1980s and has been beautiful boost to his oeuvre. Even though Bassano (c. 1515 – 1592) is often not mentioned in the same breath as the undisputed A-list of 16th century Venetian artists (Titian, Tintoretto and Veronese), no one should gloss glibly over his gargantuan achievements. 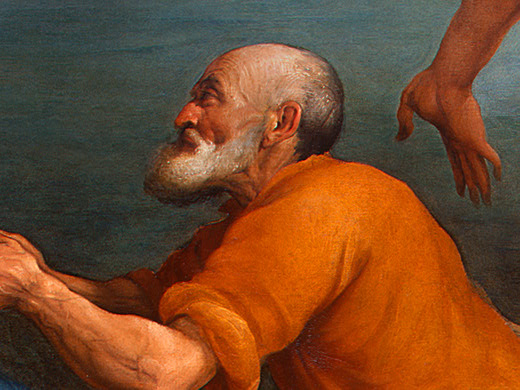 See, though we slot him into the Venetian school, he was actually a provincial village artist, working his whole life out of his native Bassano, about 65km northwest of Venice. He kept himself abreast of artistic trends by studying prints by or after other masters such as Raphael, Parmigianino and leading Mannerists. This magnificent mega-pic ricochets off a Raphael cartoon (now in the V&A), which had been the basis for a series of tapestries for the Sistine chapel. Most likely, Bassano had used a print of the cartoon as the basis for his composition. 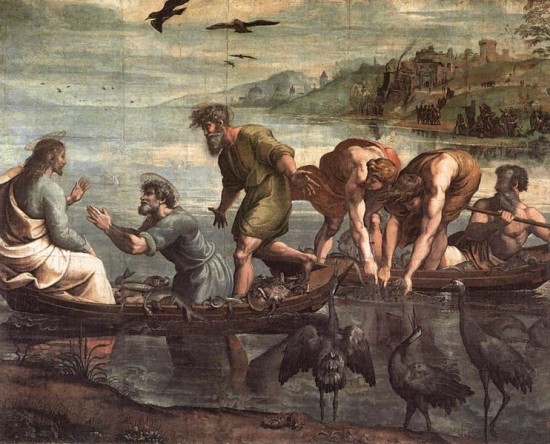 Bassano is to be patted on the back for taking this image into his own territory. For a start he brings an acute, sharp-cut approach to the anatomy, adding dipped and defined muscles on Andrew’s forearms and calves and across the backs of James and John (the two lads – both also prospective apostles – seen to the right with their father Zebedee). 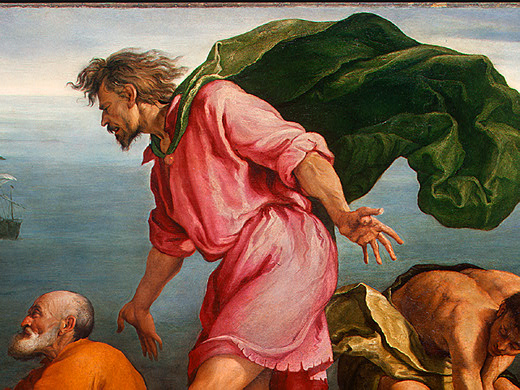 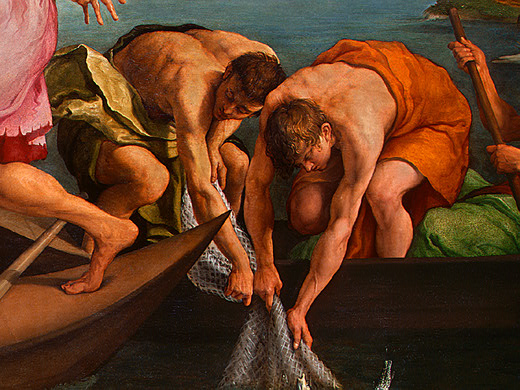 A typical Bassano touch too is his natural inclination to nature: he ups the scope of the sea and springs up surging mountains and a verdant shoreline. And I love the colors that burst from left to right, like a bank of flowers full of flapping petals, with Andrew as the most exotic bloom, all billowing bright with pink and green. 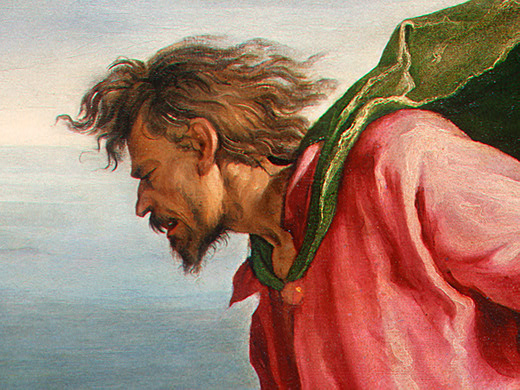 One thought on “The X Factor”