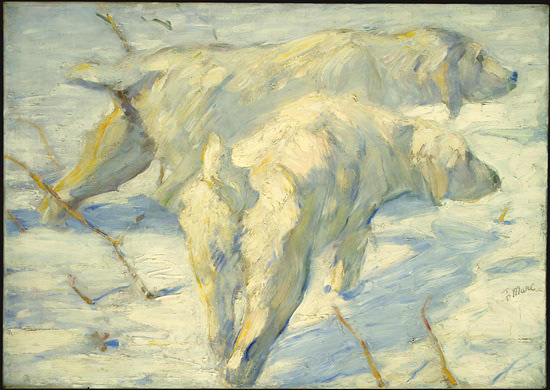 No sooner had the ink dried on our house settlement papers than Husband and I had shaken on our own new-place pact: we had to have a hound. Brilliantly, it was me who came up with the best breed for us (having for the longest time been the one on the doggie back-burner), and I hit on the Hungarian Vizsla in a round-about way… 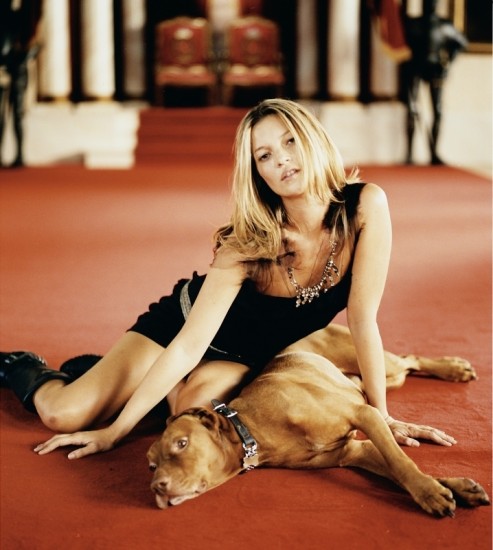 Some time ago well-known fashion photographer Sean Ellis had decided that the only thing that would save him from the self-obsession of his chosen industry was to get a dog. Kubrick became his best buy ever: the pup slept in his bed for 8 years straight and came on set constantly, often lighting up the lens with luminaries from the entertainment and fashion industries.

It was a review for Ellis’s new book Kubrick the Dog that caught my eye: a candid compilation of photographs plotting the life of his hound, both heartwarming and breaking. And a total showcase for the handsome and humane Hungarian breed. 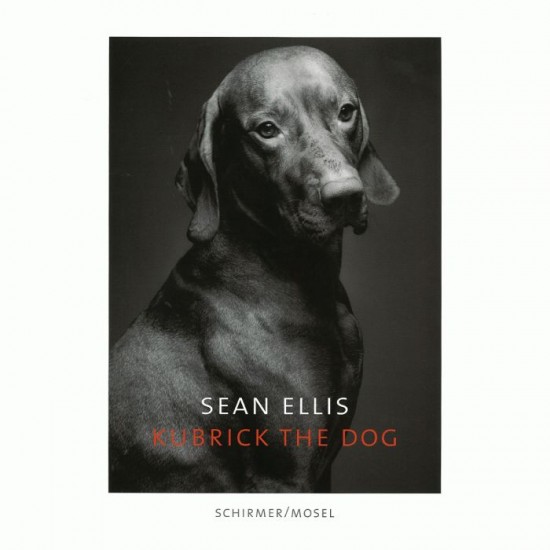 There’s one artist at the NGA who has the kind of in-tuned-with-animals aesthetic that’s appropriate for today. His name is Franz Marc and he’s a German Expressionist, born in Munich in 1880 (he died in World War I in 1916). For Marc, art was a spiritual force that should oppose the corrupting nature of modern industrial society and for him only animals possessed the qualities of purity and beauty he found lacking in hi fellow human beings.

This stunning shot is his Siberian Dogs in the Snow (c. 1910), painted after he’d moved to the Bavarian countryside to a small artist’s colony, and where he could immerse himself in nature. 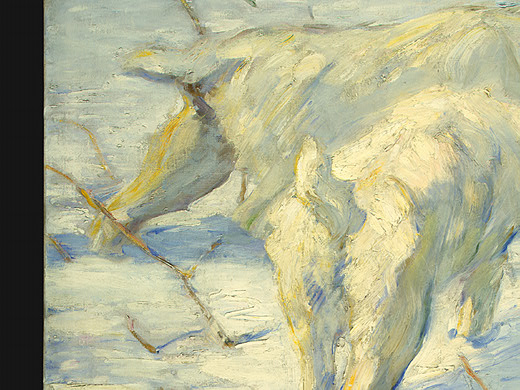 I’m taken aback by the blanched beauty of this scene: Marc invested color with specific significance (red for dominance and yellow for sensuality, for example) so here we’ve to interpret what his choice of a pared-down, almost monochrome palette might mean. What’s magical is that, in Marc’s world of white, our lens is sharpened and we look closely and keenly to pick out the Siberian dogs, the snow and the snapping twigs stuck in the ground,  Suddenly, our attentive attitude becomes like that of the hounds, hunkered down, whipping quick and with noses pointed to a place of interest. 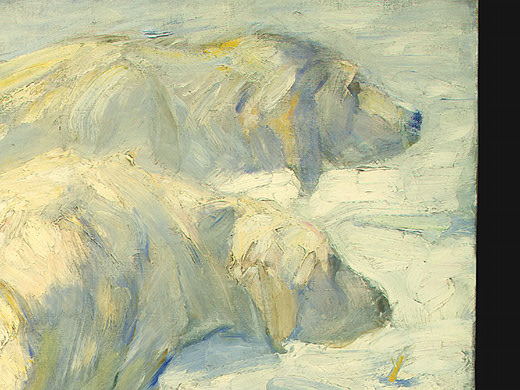 Marc once asked “Is there any more mysterious idea for an artist than the conception of how nature is mirrored in the eyes of an animal?” and I have to say he’s nailed his idea here. The dogs inhabit the whole picture plane, one cropped at the ankle to lend a sense of proximity. I’m not sure I’ve seen a better picture for bringing us in spiritually close to man’s best friend. 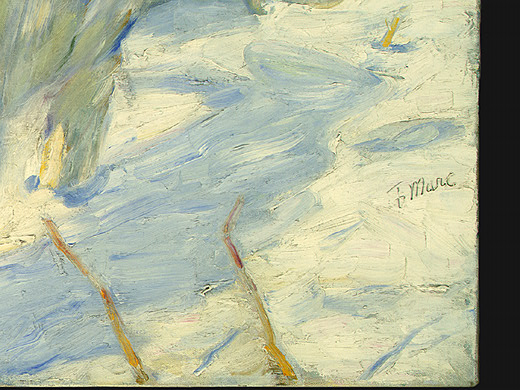