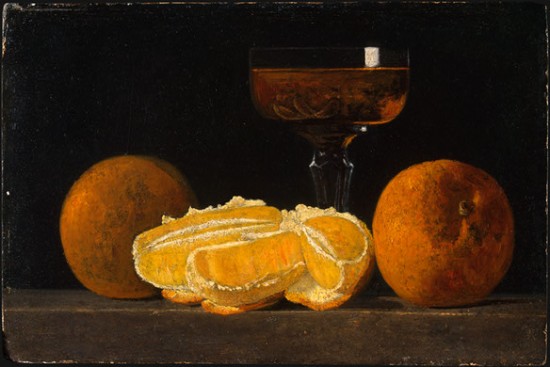 Christmas dinner is a time for tradition. Often to the point of stultification. I know that in our household, if my poor Mum so much as thinks about buying in a pudding or by-passing the roasted winter root vegetables, there are upheavals and uproars that would make a roomful of raucous toddlers blush. Brits especially like Christmas the way it’s always been, with dinner on the table by two, and every element of the feast formatted by the ages-old rule book. That is, unless Heston Blumenthal can have his way. Because, believe it or not, the celebrity chef famed for his crazy creations such as snail porridge and bacon and eggs ice cream has come up with an all-new Christmas pudding that’s putting the boring old traditional type right in the shade. 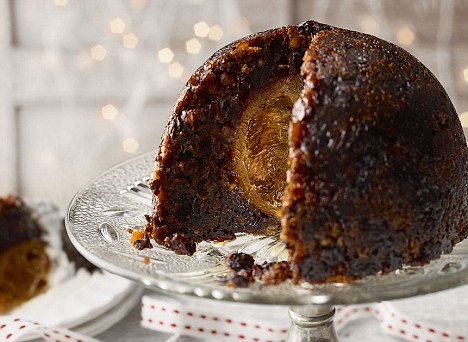 The Hidden Orange Christmas Pudding (priced at £13.99) looks from the outside like the ones we’re used to, but cut it open and a whole candied orange is revealed inside. Says the culinary sorcerer behind the citrus concoction: “The candied orange in the middle of this incredibly moist Christmas pudding makes it very special. As it cooks, the essential oils from the orange peel infuse the nuts and fruit from the inside out producing a wonderfully aromatic Christmas pudding.” 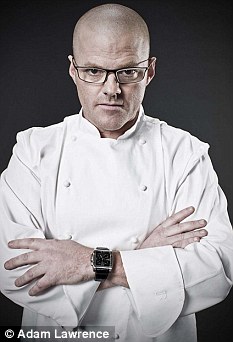 Supermarkets shelves are stripped clear of the confection and online resources have been promptly plundered. So fevered is people’s pudding pursuit, that some savvy shoppers (who long-since bought bundles of the desirable dessert) are making phenomenal profits on e-bay. 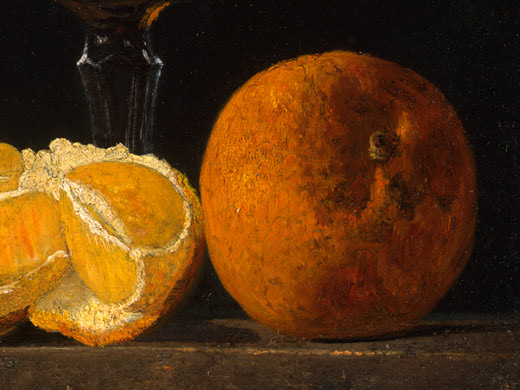 Well, if we can’t get our citrus fix with a slice of Blumenthal’s bejeweled beauty, we’d better take a piece of Peto instead: Still Life with Oranges and Goblet of Wine (1880-1890s) should just be enough to keep our hunger pangs at bay. I honestly think I’ve now coveted and covered nearly every single painting by John Frederick Peto (1854 – 1907) at the NGA. I’m a falling fool for his small-scale, cosy compositions that cleverly capture the marvel of the minutiae of mundane life. 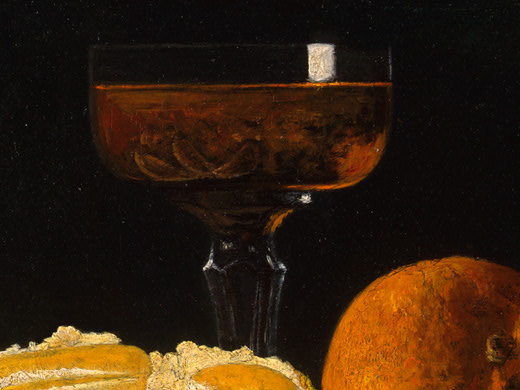 Born in Philadelphia, Peto studied at the Pennsylvania Academy of the Fine Arts, where the trompe l’oeil pictures of artist William Michael Harnett cast their spell. Because for Peto it’s all about convincing us to all-but reach into his picture to pluck up one of those golden orbs. The ledge is level with the picture plane, a parallel that stresses its proximity. There are subtle shadows traipsing to the right and a patch of a glint sitting on the glass’s rim. But best of all are those fat, pith-rimmed orange segments that look plump and sweet enough to sink our teeth into. Now if only they could be candied and stuck in the centre of a Christmas pudding… 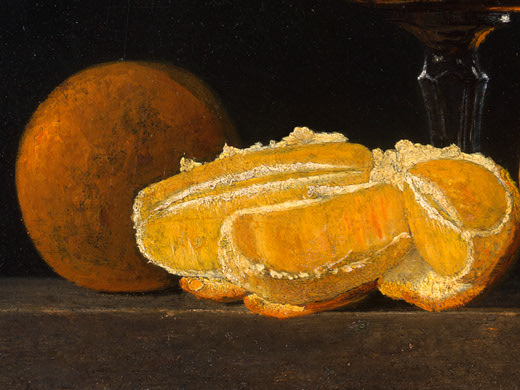 One thought on “Citrus Centre”