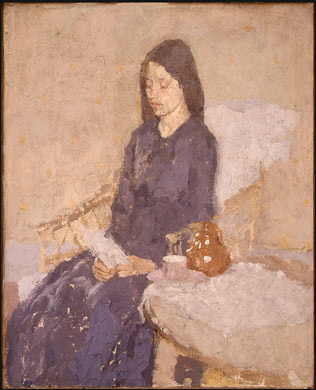 It’s that time of year when sniffles and sneezes and snorts and wheezes are all around as people succumb to seasonal coughs and colds and so on. If the passenger on the bus beside you isn’t honking into a hankie, then your colleague at work will be chugging hot tea with honey for their throat. And it’s a big job, battling to keep at bay all those bugs and bacteria being airborne as everyone is eventually felled by a fat bout of flu.

Well, worry not, because to boost your immune systems today I’ve a peachy picture to make you feel all better. This is The Convalescent (probably late 1910s to mid 1920s) by Gwen John. What a cosy, coddled and comforting feel this emits, with its soft-focus subject, suffused light, divine dappled paint effect and hushed blushing color palette. Gwen John (1876 – 1939) was one of the foremost British artists of the early 1900s. In contrast to her flamboyant brother, Augustus (also an artist, one of the most gifted of his generation), she led a reclusive life and had only one solo exhibition in her lifetime. At her death, she was largely unknown, but her reputation was revived in the 1960s. 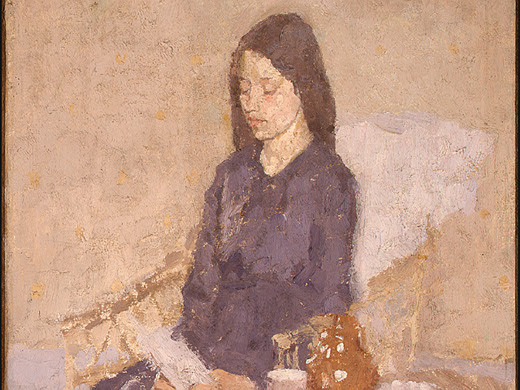 This sort of quiet, contemplative study of a woman in an interior is exactly the thing that John did best. The simple, unadorned room is boiled down to a flat, matte wall, a strip of skirting and a glimpse of wood floor. Front right is a table with doily, pot and cup and the subject herself sits in a wicker chair, backed and boosted by a big white pillow. 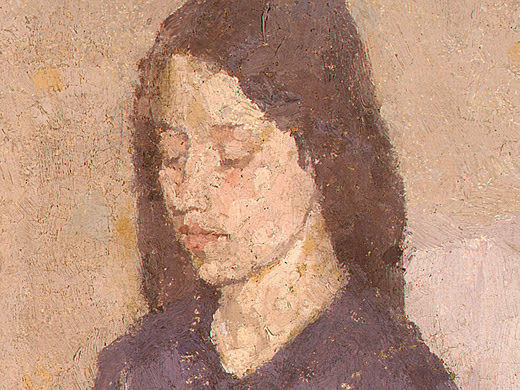 I’m drawn especially to the dabbing of the brush, in dry opaque paint: this was a technique that John evolved in the later stages of her career (she’d started out using glazes, or transparent layers of paint) and the patched appearance gives a touching effect of tenderness or fragility. The muted colors play into this atmosphere, and the beiges, peaches, creams, browns and blue have an incredible combined effect of dampening and dulling the ‘sound’ of the scene.

This small and intimate picture packs quite some punch. The artist subtly ushers us right into the room: the cropped table and our odd standing-above-her angle see to that. Then there are the implications of the letter being read: her focus naturally piques our interest as to the contents of the text. And finally, knowing that John, a secluded and isolated sort of person, often painted herself as the subject in this sort of picture makes it immediately more compelling. Like we’re entering a magical and melancholy dialogue with the artist, in which only so much will be given away. 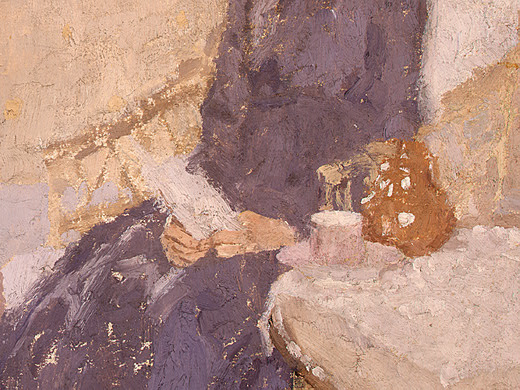