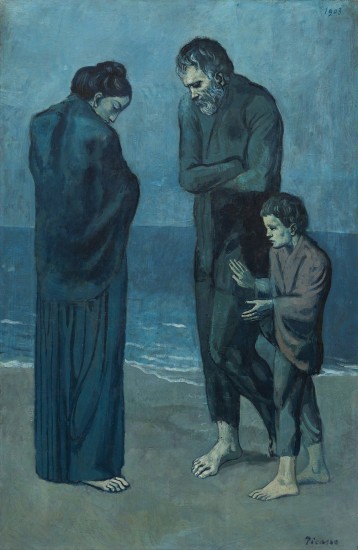 We’re right in the time when round robins and family group shots are rolling through our letter-boxes. And how I like getting these little glimpses into things people have been doing, and seeing people pop up all primped and preened and shining into the lens. I suppose the family freeze-frame is a chance to take stock of a moment in time, get someone into a snowman tie and spread paper smiles to people far away. While you can go all-out for the photo op (the Kardashians’ 2010 Christmas card is a case in point), a simple portrait with the relevant peeps does just as well. 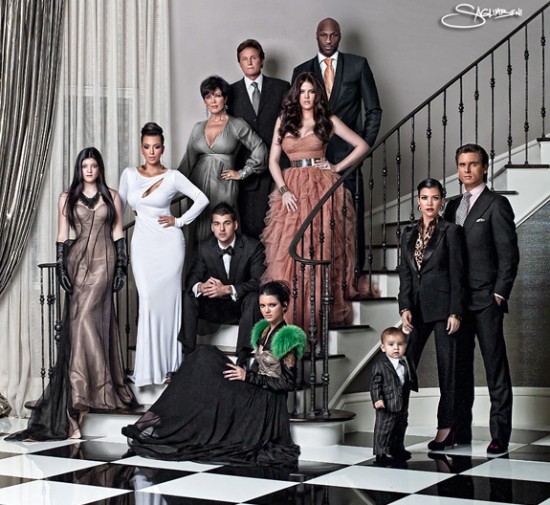 I decided to use all the holly jolly holiday cards not so much as a comparison to today’s picture, but more as a stumbling segue of sorts. And I’m bringing Picasso’s The Tragedy not to dump a big old dampener on things, but because it is surely one of the most intense and evocative painted family portraits at the NGA. 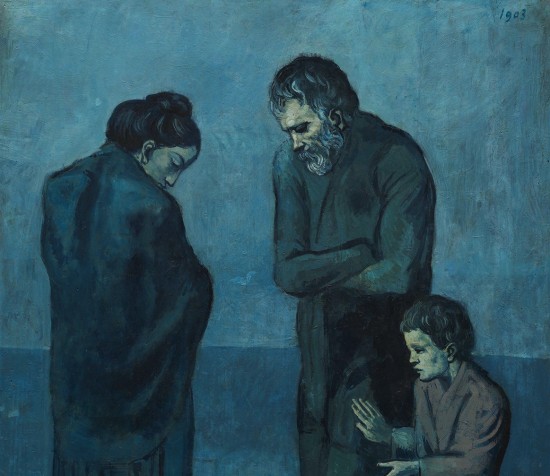 Obviously and alarmingly it is painted entirely in shades of blue, from flesh to fabrics, floor to faces. It’s from Picasso’s so-called Blue Period, which ran from 1901 – 1904. Picasso (1881 – 1973) is almost synonymous with 20th-century art, or at least symbolic of it: I mean the man’s prodigious career as a painter and sculptor spanned many years, and in that time he innovated his creative character constantly. In his time, he tried and tested Cubism, classicism, Surrealism and ceramics. 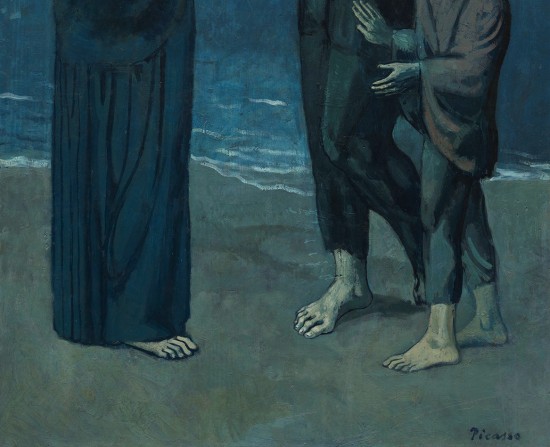 But it’s his utterly eery, enchanting and early Blue Period we’re probing today. Having moved to Paris in 1900, Picasso had just started using his mother’s name to sign paintings. It was at this point that he plunged into this limited and lugubrious color palette, perhaps pushed that way by dramatic and moving things he witnessed around him: La Vie (1903) is haunted by the suicide of his close friend and Absinthe Drinker (1902) is pretty self-explanatory. 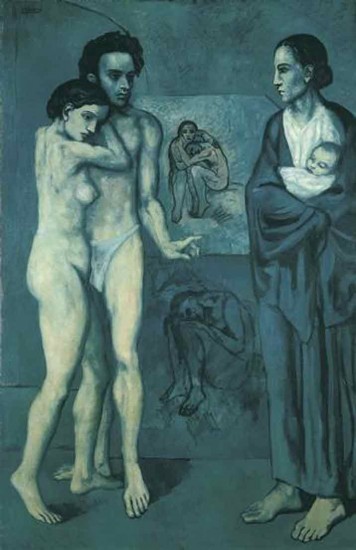 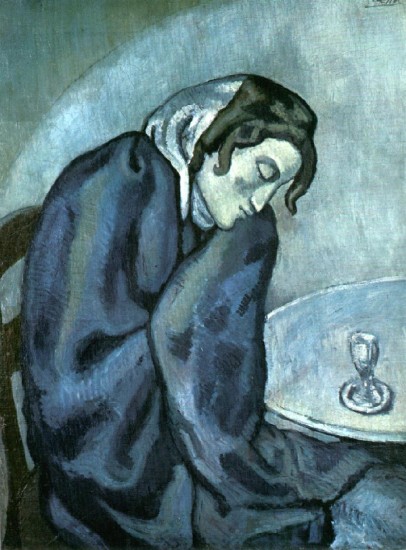 And what is it that makes The Tragedy so electrifying? I think body language plays a big part: the man and woman especially seem so closed-off, with their crossed-over arms and bowed heads. And yet their vulnerability comes comes flooding through in the exposed, elongated toes and the boy by the man’s side. The way Picasso places the figures – in a loose-formed, fluid triangle of sorts – he opens to image to a rush of inter-relationships, as well as our wondering what they may be.

And why so blue? It’s just a master-class in how color can cast a certain mood and elicit a specific spiritual response. Don’t you get the chills just looking at this? Imagine what a dab of red could do…