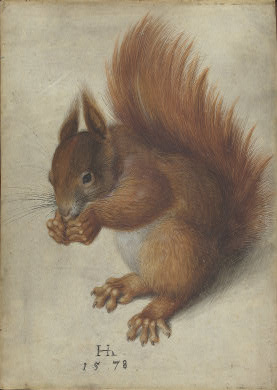 Husband has entered a hoary war… with squirrels. And it’s a battle (he tells me) that’s going to get bloody. The back-story is that as soon as we moved into our house, Husband got into some husbandry, by which I mean some casual taking care of the critters in our yard. Feeders were flushed clean and filled with (expensive! organic!) seed and the wooden house (Weekend Retweet!) was washed and wired into position. But even as he handled the hairy rope, wrapping it around a sturdy-looking branch, lots of little eyes were looking hard at Husband from all around: the squirrels were registering their reconnaissance. 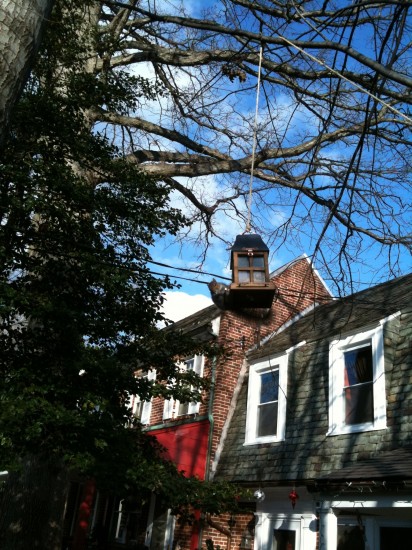 You see the feeders are strictly speaking selected and slung up for the specific nourishment of birds, all those beautiful bejewelled red cardinals, blue jays, nut hatches and chickadees. Not the froth-tailed fat-enough-already squirrels that marked out the feeder zone as their own from day one, and are now defending it against our feathered friends. 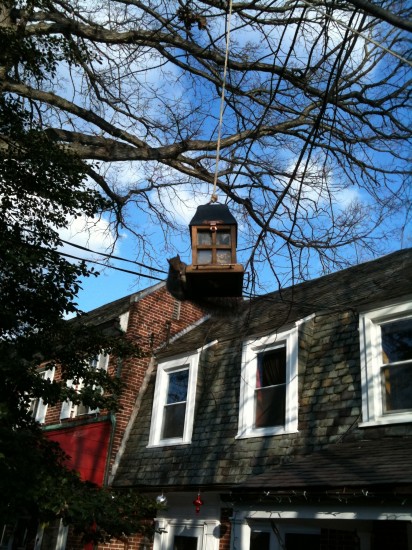 Oh husband has hit them with his all-star arsenal. The rope was dropped to make things more pendulous, but within half an hour a squirrel was squatting on the feeder ledge. Next he removed rope to isolate the feeder, but soon enough they were airborne, sailing from trunk to target with sickening ease. Wire wrapped around tree and seed was simply balanced between by the fleet-footed foe and all the while their numbers grew. It’s a well-oiled operation when squirrels attack and as I speak there’s a full infantry of footsoldiers on the ground, hoovering up the husks of seeds spilled by the general, who’s generally just hanging out up on high. 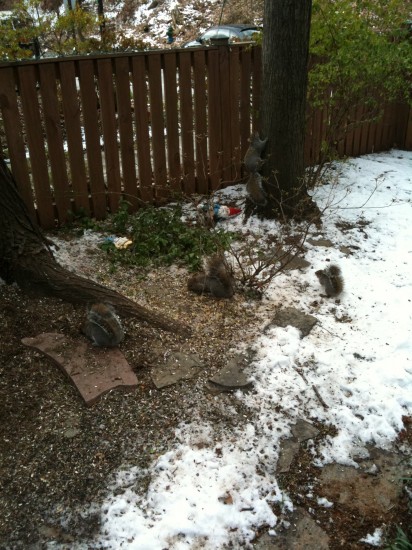 As Husband continues to wrack his brains in the war room and storm through his tool kit for workable weapons, I have to hand it to the squirrels: their ingenuity and efficiency cannot be faulted. So in celebration of our crazy-making critters I’m bringing you another one here. This ever-do-delicate document is done in watercolor and gouache over traces of graphite on vellum and to stand before it is to become breathless with the infinitesimal fineness of its rendering.

German artist Hans Hoffmann (c. 1550 – 1592) is currently on display in the NGA’s Arcimboldo exhibition, doing an ingenious job of illustration the interest in nature that was introduced in the late 16th century in northern Europe. His Red Squirrel (1578) is just exquisite, from pointed pixie ears and wafting whiskers to knuckled paws and sweeping tail. Hoffmann has pinned-down the physical specifics and the spirit of the animal with panache and aplomb: just keep the darned thing away from our feeder! 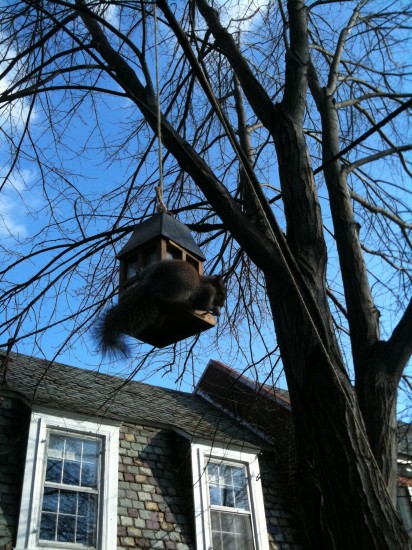