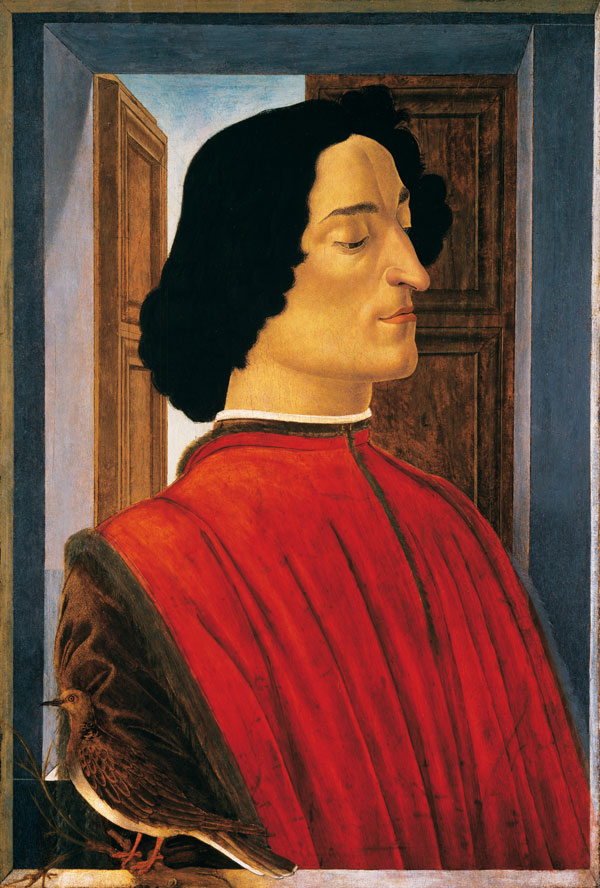 On the second day of Christmas, my true love gave to me…

And a Partridge in a Pear Tree.

So sings the English carol that enumerates a series of increasingly grand gifts given on each of the twelve days of Christmas by a lover to another. It’s an impressive wish-list to say the least, but quite aside from how one could accommodate such showy showering of affection (have you any idea how many eggs 6 Geese-a-Laying lay or how loud the din is when you get 11 Pipers Piping?), I’ve always swooned ever-so-slightly at the thought of all those extravagant offerings.

Favourite of mine, for it’s simplicity and enduring significance, is today’s tidbit of those two turtle doves. It’s perhaps because of Biblical references (especially the verse from the Song of Songs) and the fact that it forms strong pair bonds, that the turtle dove has become an emblem of devoted love. 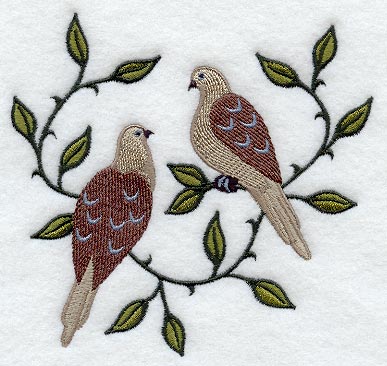 And I’m bringing you a turtle dove true love story today with this portrait of Giuliano de’ Medici (c. 1478/1480) by the Florentine artist Sandro Botticelli. This may be a posthumous portrait, one of several commissioned by the Medici family after Giuliano’s assassination in 1478. He and his brother Lorenzo had been viciously attacked in Florence cathedral by members of a rival family – the Pazzi – intent on political control of the city. Lorenzo escaped unscathed and restored order on the double. But Giuliano wasn’t so lucky.

His messy death shocked Florence and his picture became a much-repeated motif: and in fact Botticelli (as an artist in the cultural conclave of the Medici) might just have produced the prototype memorial with this portrait. The window ajar is an emblem of death, denoting the subject’s passage to the afterlife. Botticelli’s rendering of the subject is rich with his uniquely graceful and ornamental style. The pattern of the perfectly silhouetted hair creates visual play and the streaking creases on the tunic introduce a decorative element. 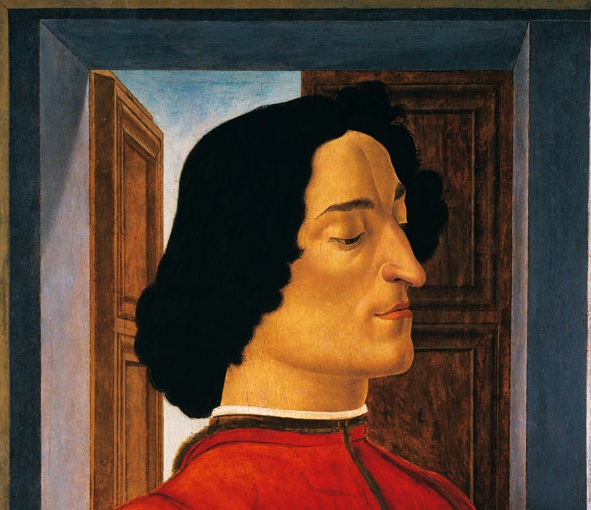 The lowered lids have sometimes been interpreted as evidence that this was painted  after a death mask. But there are also conflicting accounts that suggest that it was Giuliano himself who commissioned this while still alive, to commemorate the death of his dearly beloved, a Florentine lady called Simonetta Vespucci (who’d died two years prior). This portrait (also by Botticelli) shows her as a nymph or idealized woman. 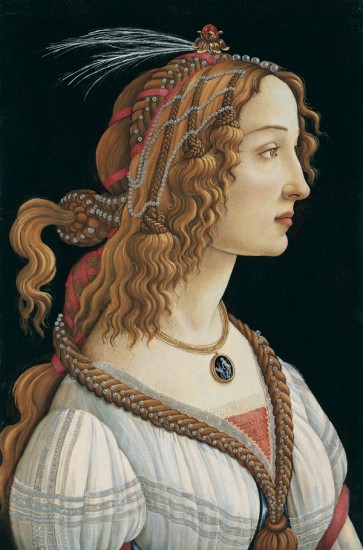 I think there’s a love-link for sure on some level: on the left is perched a turtle dove, turned right away from our man. It sits on a dead branch across the parapet: the only place, according to Renaissance lore, that doves alight after their mates have died. 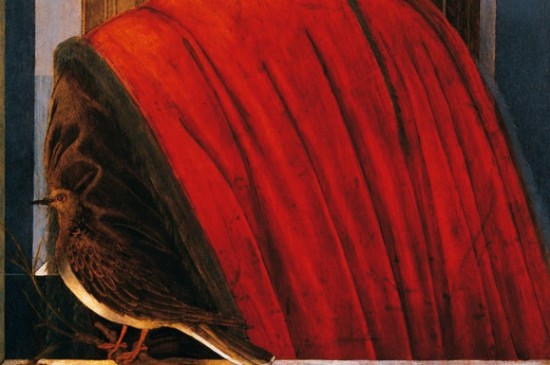