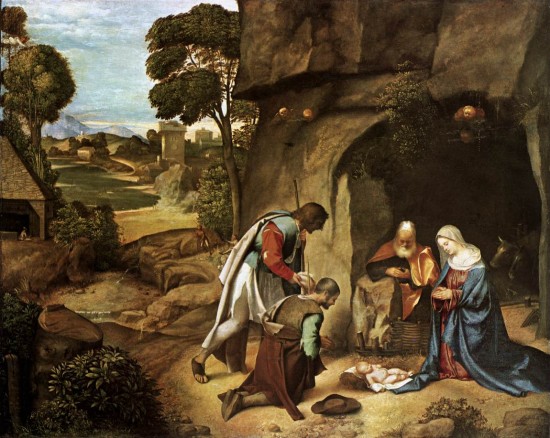 So it’s roughly around this time that the shepherds (who had been watching their flocks by night, all seated on the ground) start star-gazing, and making their way to Bethlehem to honor the brand new baby Jesus. For as long as I can remember, I have felt profound fondness for these adoring shepherds – the humble rustic characters who were the first to recognize Christ’s divinity – who travelled through the night to bring gifts of milk and fleece and little lambs. 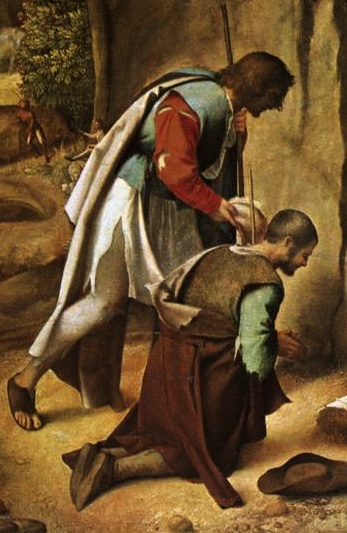 And on this day I’m thrilled at last to be discussing one of the NGA’s most cherished canvases: a painting by the artist Giorgione. Although he is considered one of the most important Venetian Renaissance painters, little is known about his life and very few surviving works can be definitively attributed to him. Born c. 1477 in Castelfranco, he died of plague in 1510, aged only 32 or 33. 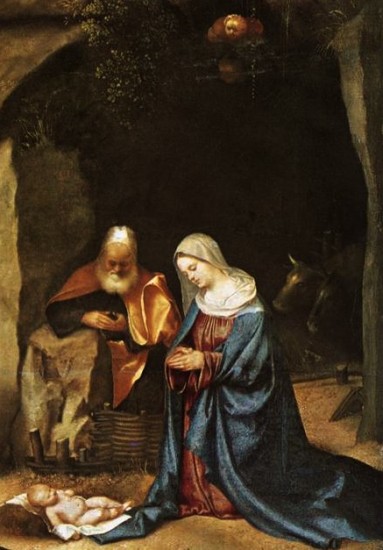 Giorgione exerted influence on the work of generations of painters after him and if this Adoration of the Shepherds (1505/1510) is indeed by him (Giovanni Bellini and the young Titian are also still under consideration as possible authors) then it’s easy to see why. Because attribution anxiety aside, this work had an immediate impact on Venetian art: it’s a snazzy composition for a start, with the dark mouth of the cave dominating proceedings on the right and a light-bathed Venetian vista lifting the atmosphere on the left. A figural ring forms a firm shape in the front as Joseph, Mary and the shepherds (one stands, one kneels) behold the fat little infant on the floor. Their inclined heads (echoed by some small cherubic faces floating around the edges of the cave) contribute to a feeling of intense and intimate veneration. 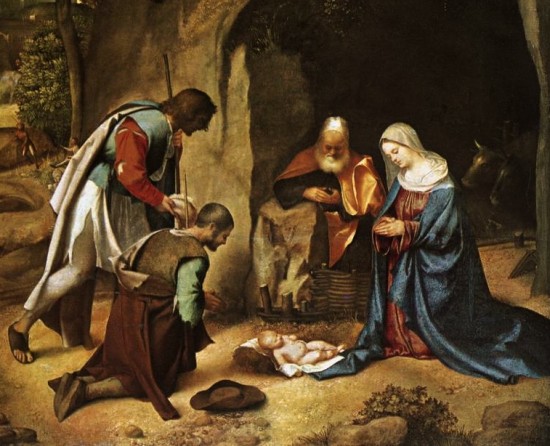 Very Venetian is the flush of lush color given off by the garb of Mary and Joseph (extra ‘pop’ offered by the damp gloom of the rocks behind) which of course contrast eye-catchingly with the rag-tag get-ups of the shepherds. I like too the green-fingered focus on plants and overall details of terrain: Giorgione I think was influenced by Leonardo, which might explain his loving attention to nature, be it the shape and sheen of a leaf or the size and surface of a rock. 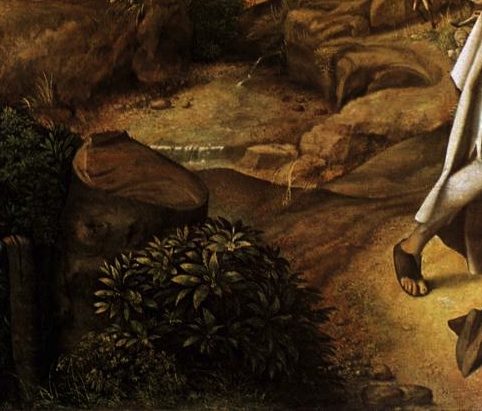 But perhaps Giorgione’s biggest contribution to the history of painting was the interaction he set up and suggested between landscape and people in his pictures. With him, evocative settings have a bearing not only on the mood of his scenes, but also on the frame-of-mind of the figures inside them. Which means that here, happiness and optimism are harnessed in the people we see and also in the opalescent landscape they’re seen in. Extra effect. 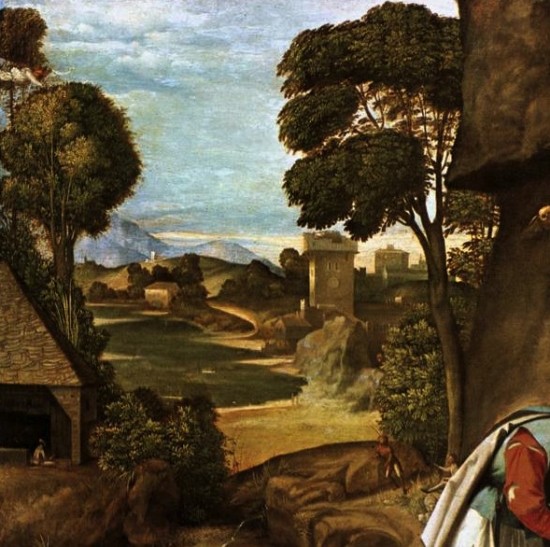 One thought on “Shepherding In”