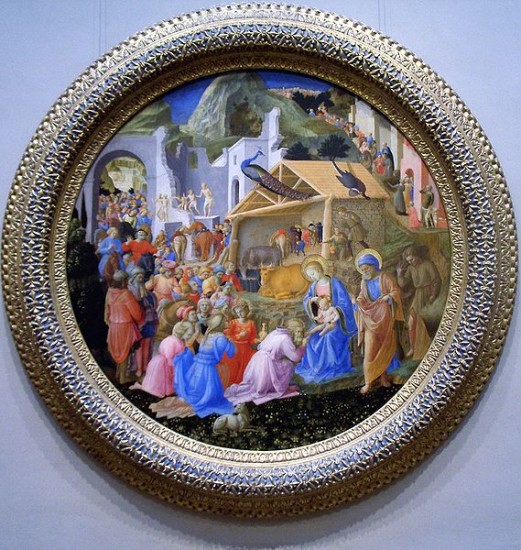 There are rules around present-opening, and that’s only right. No one likes the spoil-sport who tip-toes down the day before a major celebration to ravenously rent open their gifts with gluttony and glee. Mostly on Art 2010 I’ve exercised a great deal of restraint in waiting patiently until the decreed and agreed day when I could unveil a painted or sculpted gem to you: saints stuck fast to their official feasts days, festivals were fused to the correct calendar mark. It wasn’t always easy, I’ll grant you (patience is not one of my most easy virtues) but there’s no point pinpointing a year with higgledy-piggledy highlights.

Having said that, today I’m breaking my own code of honor to bring you the kings way ahead of time. Because, even with a fair wind and a clear passage on the Orient Express, there’s no way Caspar, Melchior and Balthasar (the Wise Men) were officially entering Bethlehem until early Jan. 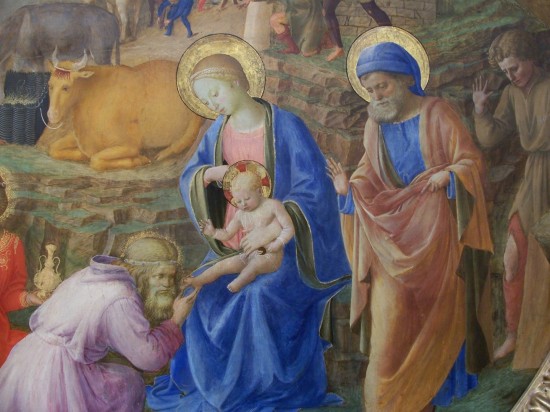 It’s thought Fra Angelico started this off, with the main figure of Mary and maybe the Magi. He was a Dominican monk (fra stands for ‘brother’) much devoted to making his painting channel and convey the devotion of his monastic community. So we find a fine-featured Virgin inclining gently behind her baby, and devoted focus in the features of the old king and Joseph. Angelico’s firm and physically-present bodies are derived from earlier artists’ handling of forms in space, and he always retained gothic charm in his color and patterns. 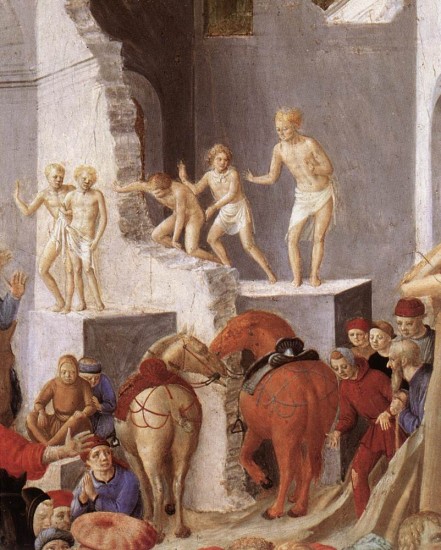 After this auspicious start, it was over to Lippi to fill in the elaborate, energetic entourage that representations of the kings’ visit usually include. Like Angelico, Fra Lippi was a monk, but according to some well-placed sources he observed his vows a little loosely (siring a number of bouncing babies around the city, painting his mistresses in the guise of Mary, etc). So here, his earthy observations are certainly suited to adding in all the excitement of the crowds flooding forward, the horses being tethered, the peacock strutting on the roof and the melee melting into the distance. 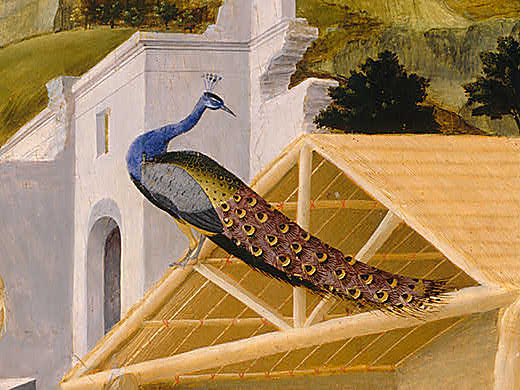 In 1492 an inventory was made of the Medici estate and this picture was listed as the most valuable in the collection: so aren’t we pleased we saw it today? (even if we did commit some early unwrapping).