A sculpture is tactile as well as 3D: touching it (when no one is watching!) is as much a part of the experience as looking at it. Paintings have texture too: smooth and flat or ridged and lumpen depending on the kind of paint used and how thickly it has been applied. 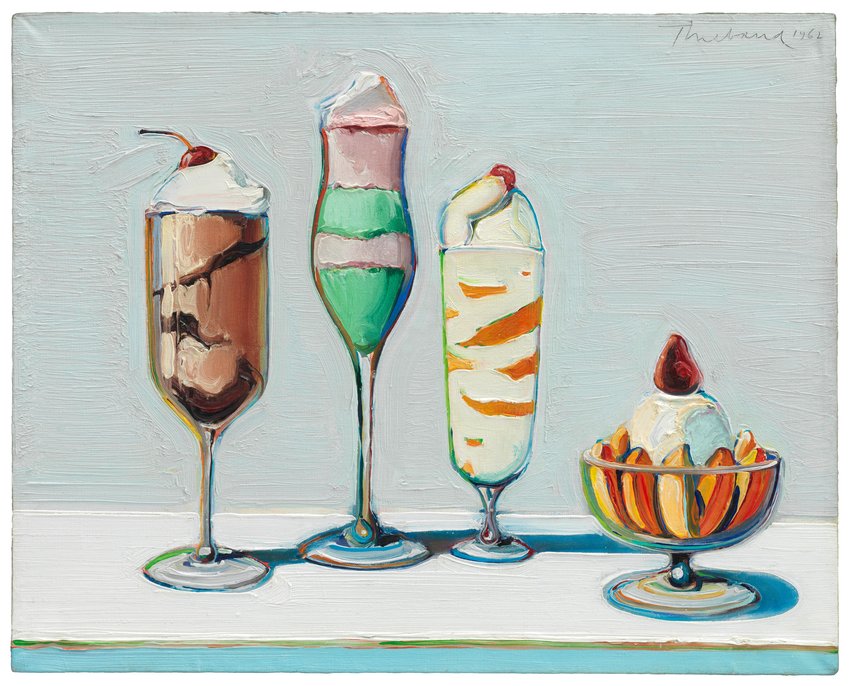 Fashions change as to whether an artist wants us to see brushstrokes in their work. In the 17th C the Dutch still-life painter Gerret Willemsz Heda favoured a high degree of finish: in Still Life with Ham his painstaking sleek technique conceals all traces of the working process: 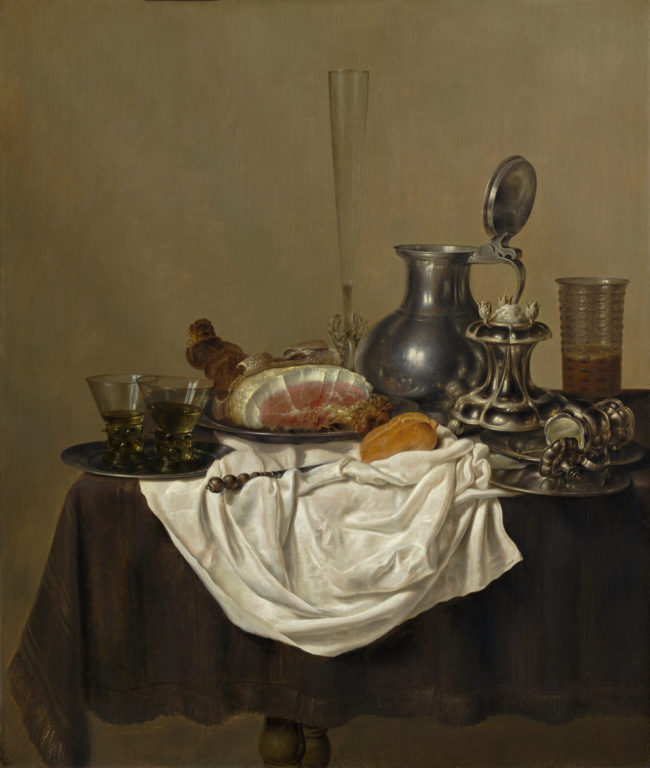 A little over 200 years later French realist painter Antoine Vollon does it differently and relishes the act of revealing his manual movements in tracks of thickly slicked on oil (or is that butter?) 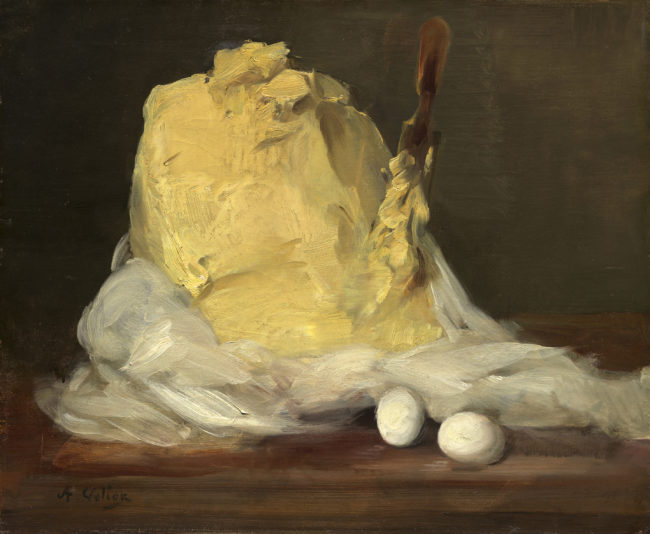 Some media are more forgiving than others: because egg tempera dries so rapidly, artists have to paint with tiny brushstrokes to create unified surface and the effect of light and shade. Just such tiny brushstrokes are visible to the eye in Botticelli’s 1478 portrait of Giuliano de’ Medici. 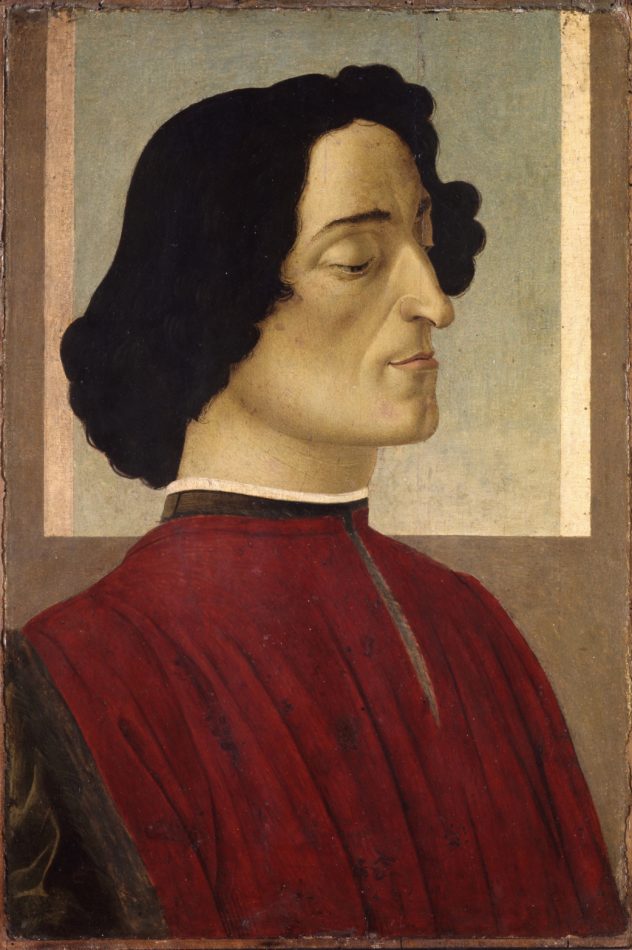 Oil paint by contrast, because it is slower to dry, enables artists to conceal their brushwork in a fluid blend on the canvas or panel. Invisible brushwork reached its peak popularity in the 19th C in traditional paintings like The Birth of Venus (1863): 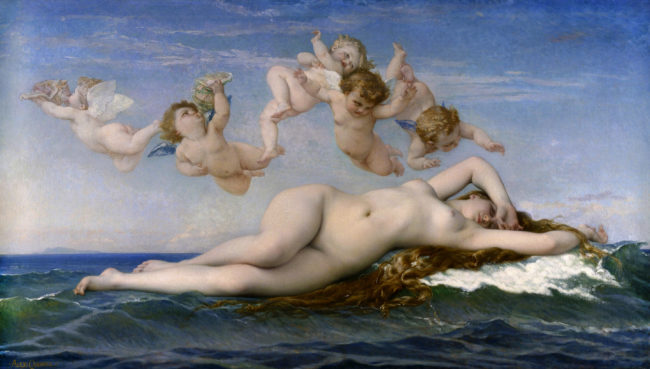 Alexandre Cabanel was a leading light of French academic painting. His smooth and polished handling of oil paints makes the flesh in this painting blemish-free and sensual. It’s all about her flesh here in what is the (just about) acceptable face of female nudity posing as high art on the pretext of telling a classical myth.

Partly in reaction to the perfect smooth finish of academic works favoured by the Salon some artists in the 19th C were provoked into daubing paint on in a deliberately agitated manner. Oil paints give the artist the choice of whether to show or not show their brushwork. Some old masters including Velazquez and Rembrandt had also made their brush marks visible. This is a self-portrait by Rembrandt from 1669: 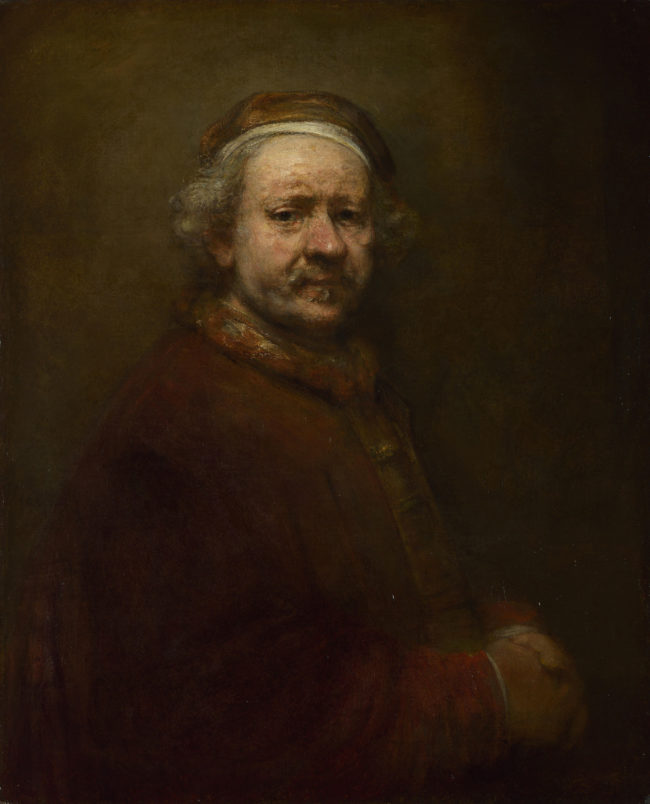 French Impressionists built on these precedents and began to use what we call broken brushwork. Their seeming slapdash approach was critiqued by contemporaries who thought their canvases looked unfinished. The fact that you could see their brushstrokes was just not the done thing at the time. In fact their apparent sketchiness was a deliberate attempt by Impressionists to convey the flickering effects of light reflected from water, clouds or plants: 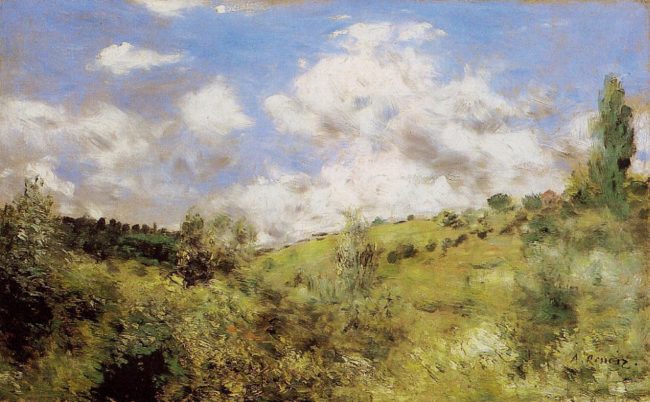 In The Gust of Wind (c. 1872) Renoir blurred one shape into another, using long brushes to create feathery strokes of varying size and direction. The rapid brushstrokes convey the impression of scudding clouds and windblown grass. The invention of tube paints in the late 19th C made it easier for artists to use thick, undiluted paint. If you look at a painting like Vincent van Gogh’s Garden at Arles (1888) from the side, you can see how thick the paint is: 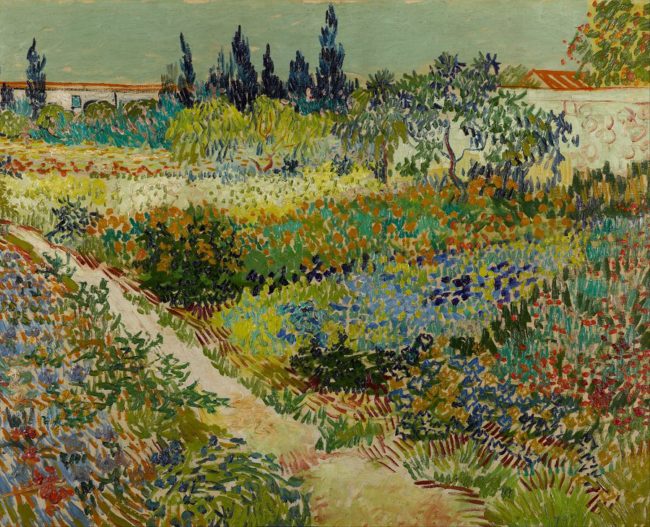 Vincent van Gogh is known for working at feverish speed and laying on thick slabs of paint but in fact the brushwork is careful and considered. The thick marks sit side by side in series of lines with differently coloured dots with the canvas often visible between. 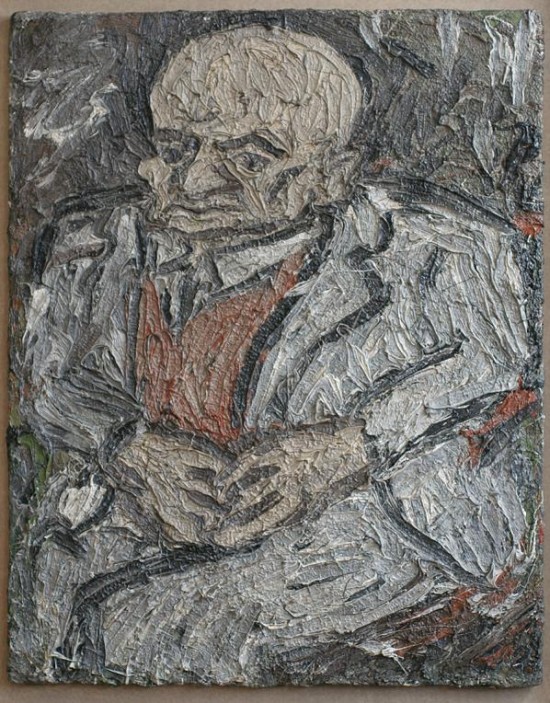 British expressionist painter Leon Kossoff’s work is often characterised by craggy and dramatic impasto (the term for thickly applied opaque paint) with heavy black outlines such as in this portrait of his father from the 1970s. At the other end of the texture spectrum sits photorealist Ralph Goings whose seamless oil on canvas such as in this 1995 still-life has the viewer rubbing their eyes in utter disbelief. 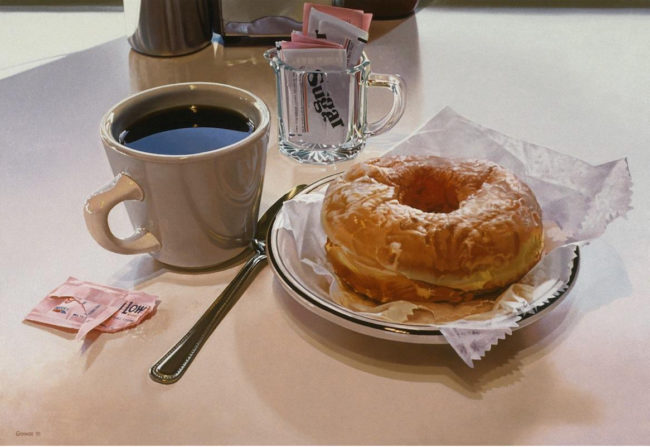